By Jeff GaudiosiMarch 12, 2020Updated:May 24, 2021No Comments6 Mins Read
Share
Facebook Twitter LinkedIn Pinterest Email
If you’ve decoded the name of this website then you can guess that the prog-rock genre is near and dear to my heart.  Last spring, as Steve Hackett was about to release his latest solo record, At The Edge of Light, and begin his latest Genesis Revisited tour celebrating Selling England By The Pound, I had the pleasure of talking with him about his brilliant career.  Now, this tour is approaching its end and I jumped at the opportunity to hear the classic songs from this record brought to life on stage. 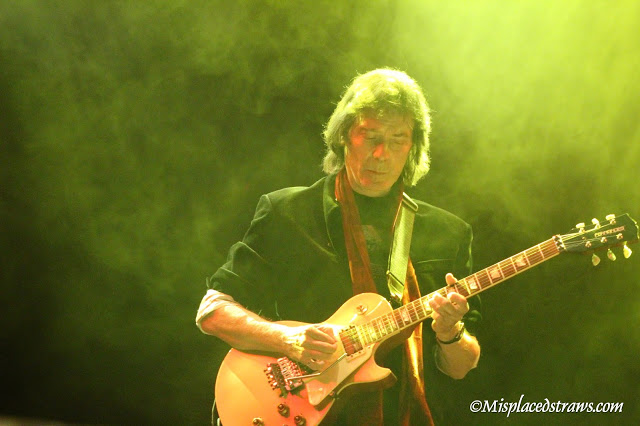 Genesis music of the 1970s is largely ignored by those who created it.  Former vocalist Peter Gabriel has, for the most part, stayed away from all of the material since he began his solo career while the three-member line-up of Genesis have played only a few songs during their tours (one can only wait and see what the latest reunion brings).  The lone exception is guitarist Steve Hackett.  Hackett has always included songs from his tenure with the band (1971-1977) in his sets, but in the mid-90’s he began Genesis Revisited which saw him dig deeper into that classic catalog of songs, eventually playing full albums. 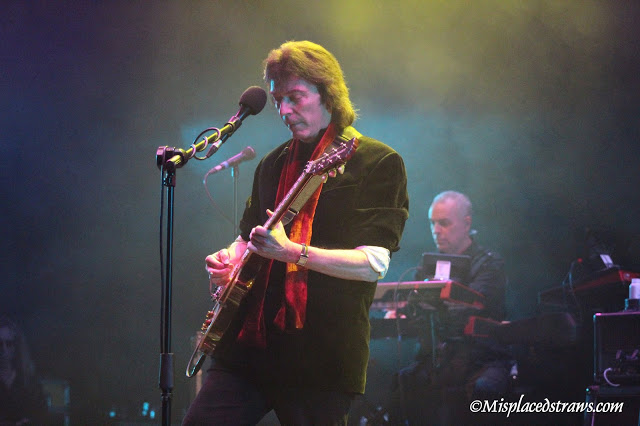 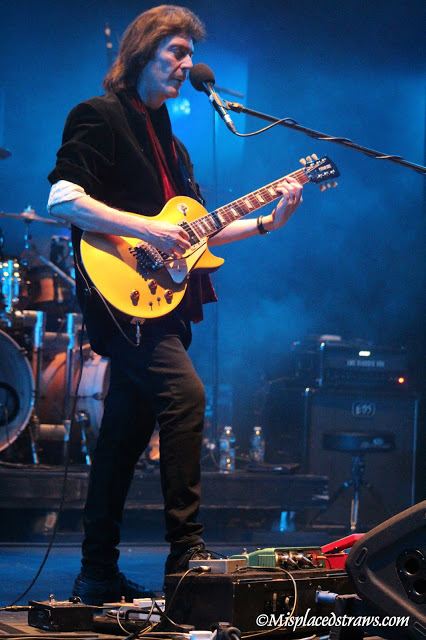 Throughout his career, Hackett has always been eager to celebrate the past but also keep one foot firmly in the present by continuing to release strong, vital music and taking it on tour.  This current tour is a mix of celebrating milestones of the past and his well-received new record.  The nearly 3-hour show is divided into two parts.  The first half of the night is songs from his solo career and the second half, after a 20-minute intermission, is Selling England in its entirety plus a few other surprises. 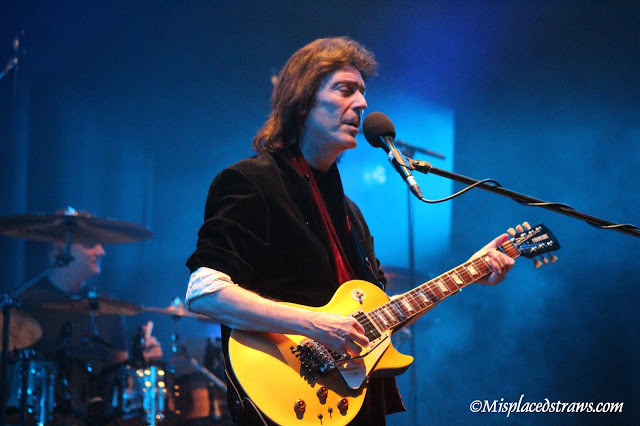 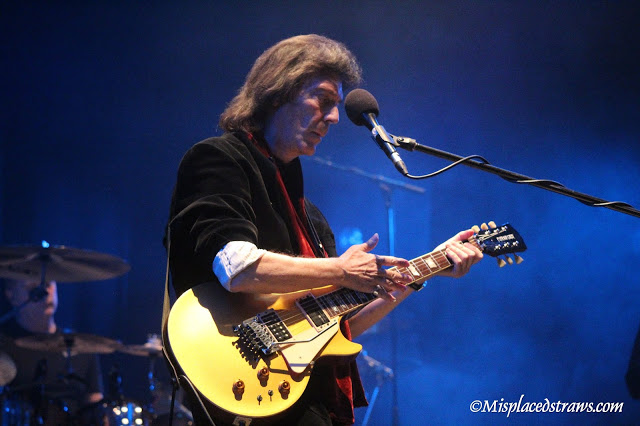 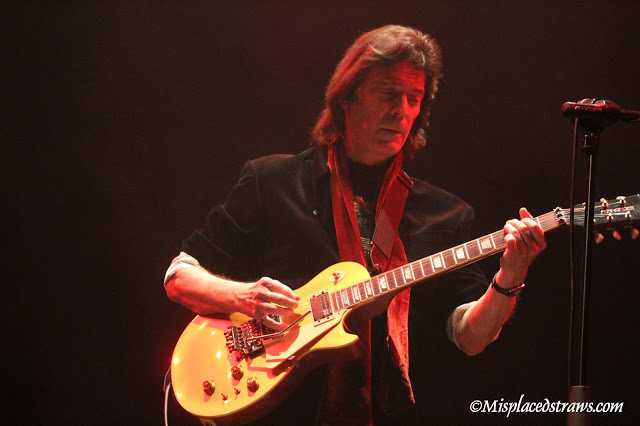 When this tour began in 2019, the first half of the night concentrated on the new release, At The Edge of Light, and the 40th anniversary of his Spectral Mornings record.  As the tour begins to wind down this portion of the show has evolved.  While it still contains selections from those two records, he has added three tracks from the Defender record which celebrates its 40th anniversary in 2020.  From the start Steve and the band were in fine form, moving effortlessly from solo classics like “Every Day” and “Jacuzzi” to new songs such as “Beasts In Our Time” and “Under the Eye of the Sun”.  Watching Hackett play is a unique experience, there is no wasted motion as he gives a masterclass in guitar techniques.  Hackett’s tapping technique on “Dancing With the Moonlit Knight” would go on to inspire nearly every guitar player after him. Switching from his trusted, heavily modified, Gibson Les Paul to a twelve-string acoustic Hackett shows he can excel across all types of music.  This first half was a more laid back affair with plenty of stories between songs.  Hackett himself handled a lot of the vocals with assistance from his stellar band, including vocalist Nad Sylvan.  The guitarist mentioned that with a band this good you can’t really call it being solo.  That band, made up of Sylvan, Roger King on keyboards, Rob Townsend on flute, sax, trumpet and keys, Jonas Reingold on bass and guitar and Craig Blundell on drums, brought the first half to end with a monster version of “Clocks – The Angel of Mons” off of Spectral Mornings, complete with a Blundell drum solo. 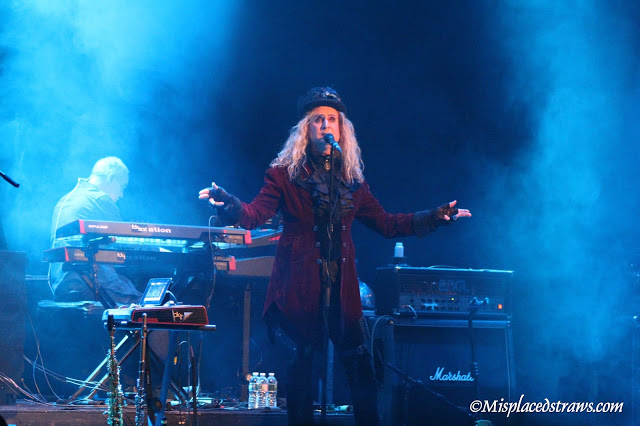 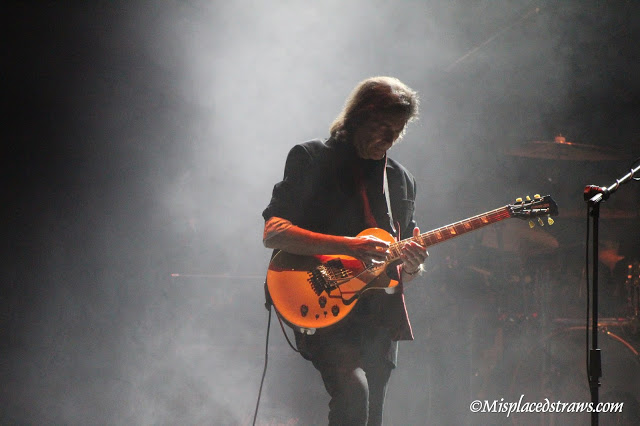 During the 20 minute intermission, you felt the excitement in the packed theater growing.  Finally, the lights went down, the band took the stage with Sylvan, now dressed for the part, uttering the classic opening line “Can you tell me where my country lies”.  Instantly, you were transported back to 1973, complete with an old-school light show free of lasers and video screens.  While Hackett was the only original member playing these songs, the band performed admirably, particularly Reingold who covered Mike Rutherford’s bass and guitar parts perfectly and Sylvan who comes as close to Peter Gabriel’s classic sound as anyone could.   With the exception of an extended sax solo at the end of “I Know What I Like (In Your Wardrobe)” the songs were kept pretty much in line with the original recordings.  The piano and guitar solos in “Firth of Fifth” sent chills through the audience while the climax of “Cinema Show” had the packed house on its feet.  As much of a complete band as this was, Sylvan could have spent a little more time as a frontman as he did show some of the theatricality that Gabriel brought to these pieces all those years ago.  He spent the show sightly behind Hackett in front of the keyboards, it would have been interesting to see him up front and able to move around a bit more. 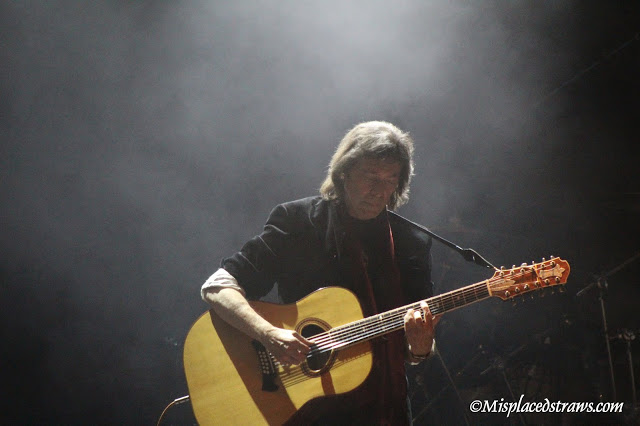 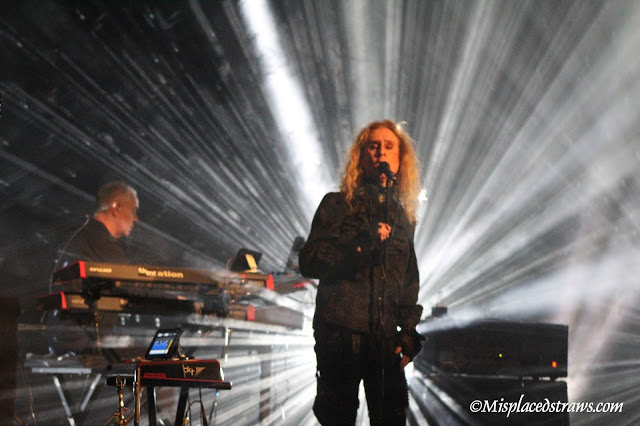 As Selling England ended, Hackett introduced “Deja Vu”, a song he worked on with Gabriel for the record but was never released until the Genesis Revisited record in 1996.  The main set came to a close with the surreal epic “The Musical Box” from 1971’s Nursery Cryme, the first Genesis record to feature both Hackett and Phil Collins.  The night came to an end with another early Genesis gem, “Watcher of the Skies” off of 1972’s Foxtrot.

Obviously, this wasn’t the legendary Gabriel/Hackett/Banks/Rutherford/Collins Genesis but it was a well-selected group of musicians who did more than pay tribute to these classic songs, they breathed a new life into them.  Selling England felt just as important and contemporary now as it did in 1973 and that’s the result of supremely talented musicians playing songs that are true works of art.

Encore:
Watcher of the Skies