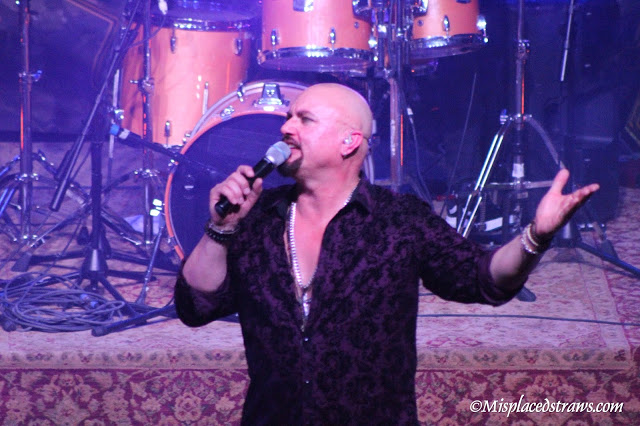 By Jeff GaudiosiFebruary 21, 2020Updated:May 24, 20214 Comments6 Mins Read
Share
Facebook Twitter LinkedIn Pinterest Email
Few bands have fostered as loyal and dedicated a fan base as Queensryche.  When that band splintered in 2012, fans were left wondering what would happen to the music that means so much to so many people.  Both sides moved forward with new players and created new music. Since completing his trilogy of records under the Operation: Mindcrime moniker with 2017’s The New Reality, however, legendary vocalist Geoff Tate has spent time celebrating the milestones of his past and treating fans to a celebration of those seminal records. 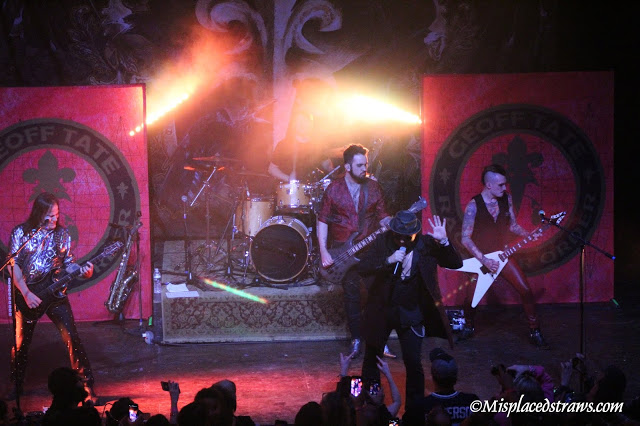 As he announced in his MisplacedStraws interview last spring, Tate has embarked on perhaps his most ambitious tour yet to celebrate the 30th Anniversary of the incredible Empire record.  He is not only playing that classic album in its entirety, but he begins the night by playing Queensryche’s early masterpiece Rage For Order, also in its entirety, for the first time ever.  The two records are separated by four years and bookend Operation: Mindcrime but do have thematic connections in the lyrics that make a night like this work. Both records were both uniquely of their time and presciently ahead of it as tracks like “Chemical Youth” from Rage and “Resistance” from Empire still ring true in the times we live in currently. 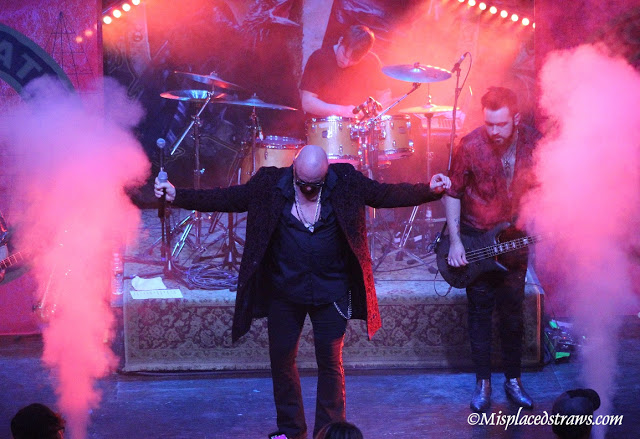 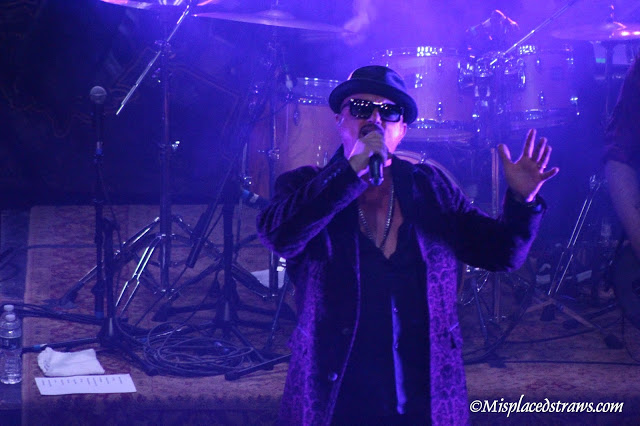 Rage for Order is the record that first turned my attention to Queensryche and, perhaps because of all the success the band saw after it, never really gets the acclaim it deserves.  Presenting it in this live setting gives Tate the opportunity to show how powerful these early songs are.  That being said, it is an incredibly difficult record to pull off live for a number of reasons.  First, it’s been 34 years.  While Tate’s voice is still stunningly good, it would be tough for any singer to hit the same high notes he sang more than three decades ago.  Second, it was a very experimental record for the band and, arguably, ushered in the prog-rock movement with a myriad of electronic sounds added to the traditional instrumentation.  Without a keyboard player on stage, these sounds had to be filled in by backing tracks.  With all that said, it is ultimately a success. 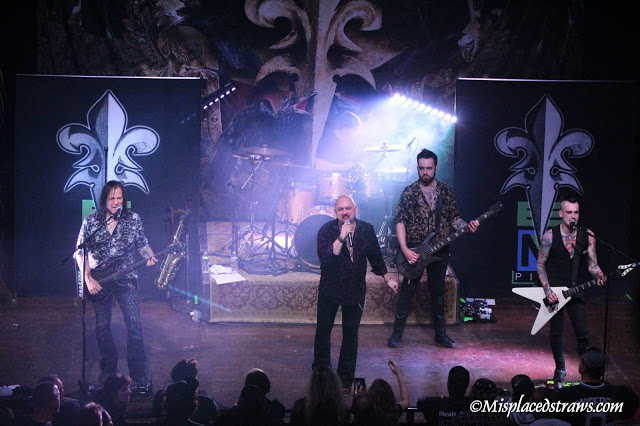 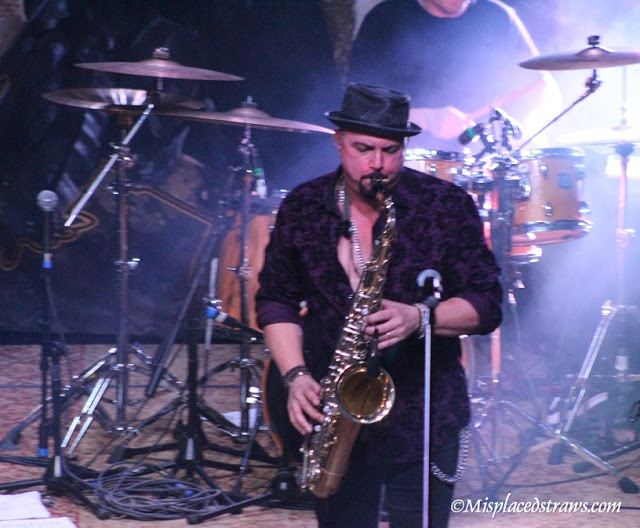 While songs like “Walk In The Shadows” and “Screaming in Digital” have been regulars on the live stage since they were recorded, others, such as “I Will Remember”, “London” and “The Killing Words” have only been played a relative handful of times since 1986.  On stage Tate’s performance still possesses all the theatricality that keeps your gaze affixed to him, each gesture emphasizing the lyrics, showing they clearly have the same effect of him after all these years as they do for the fans.  Watching him control the stage does make you wish the show was taking place on a larger scale as, at times, he seems confined by the small performance area.  Speaking of the performance area, the venue was perhaps the only downside to the night.  It took place in a very old, very run down theater without any overhead lighting available and a very small stage.  All stage lighting came from lights placed on the stage itself.  A performance like this deserves a better venue and staging. 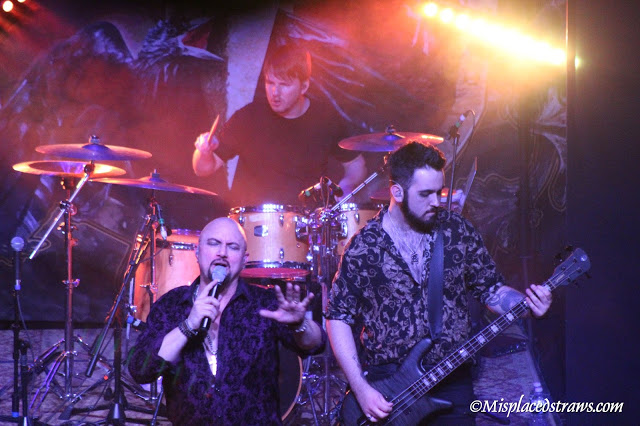 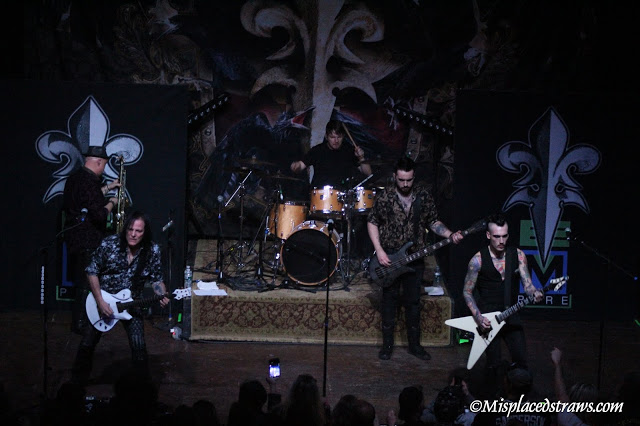 As the last notes of “I Will Remember” faded, Tate announced a 15-minute break before the second set.  Normally I’m not a fan of intermissions but it made sense in this case.  It gives fans not only a chance to process that they just heard Rage For Order end to end, but allowed a breath before launching into Empire. 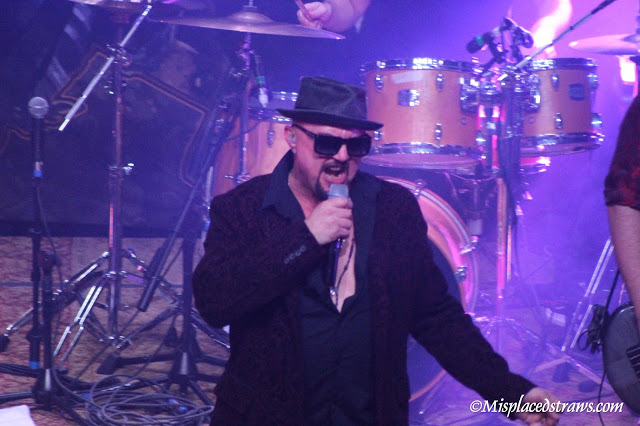 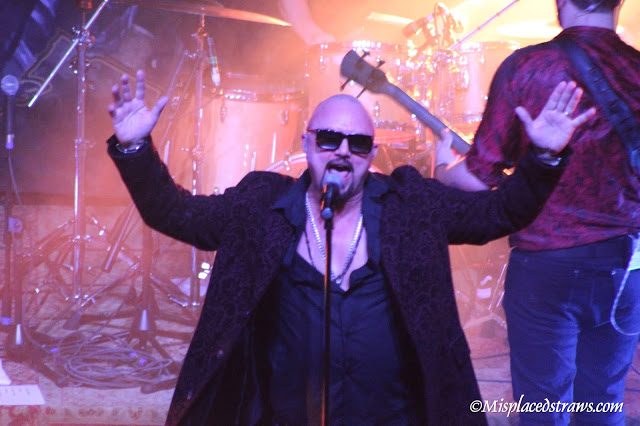 Empire. A truly watershed record by any metric.  It was Queensryche’s most commercially successful record with their biggest single (“Silent Lucidity) but beyond just chart measures, there is an emotional connection between each of these eleven songs and every fan in the theater. Now, it has to be said that no combination of people, regardless of the name, can ever match the chemistry and sound of Tate, DeGarmo, Wilton, Jackson & Rockenfield.  However, Tate’s band, led by longtime guitarist Scott Moughton and featuring Kieran Robertson on guitar, Jack Ross on bass and new addition Edu Cominato of the band SOTO on drums, comes as close as possible to recreating the sound and feel of the original recording.  Unlike Rage, Empire is a more organic recording with greater reliance on the twin guitars of Moughton and Robertson then on samples. The result is a fuller sound that perfectly suits the songs. 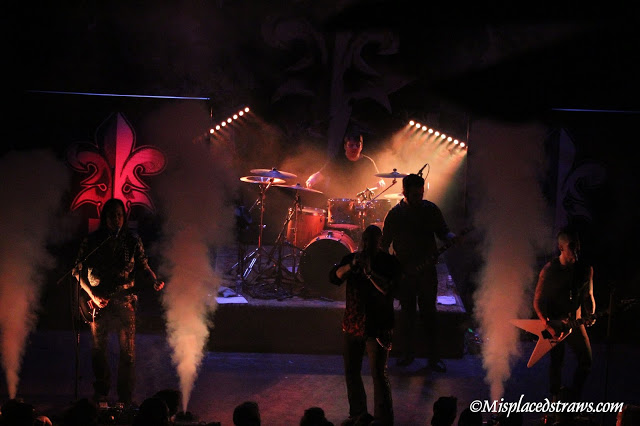 All the hits were present, “Empire”, “Best I Can, “Another Rainy Night”, “Jet City Woman”, and “Silent Lucidity” but it can be argued that it’s the deep cuts, like  “Hand on Heart”, “One and Only”, “The Thin Line” and “Anybody Listening” that truly provide the heart and soul of Empire.  Hearing them performed in sequence by the voice that created them was truly unforgettable.  After 30 years, the strength of Tate’s voice can still transport you to the very time in your life when these songs were everything, when every word felt like it was written for you. Perhaps it wasn’t quite DeGarmo and Wilton playing in perfect sync during “Another Rainy Night” but as long as it was Tate pleading not to “slam the door on your way out, don’t leave without saying goodbye”, I’m all in.

The night ended with a single encore song, “Last Time In Paris”, recorded at the same time as Empire but left off the record, eventually finding a home on the soundtrack to the largely forgotten movie The Adventures of Ford Fairlane.  On the first leg of the tour, through Sweden, Norway, and Finland, a second song, “Eyes of a Stranger” from Operation: Mindcrime, was also included.  I got to spend some time with the band after the show and they couldn’t have been happier about how this US leg opened up.  If this tour is heading anywhere near you I cannot recommend it enough. Geoff Tate’s voice and stage presence prove that he is still at the top of his game and has the back catalog of songs to back it up.

Setlist:
Rage For Order
Walk in the Shadows
I Dream in Infrared
The Whisper
Gonna Get Close to You
The Killing Words
Surgical Strike
Neue Regel
Chemical Youth (We Are Rebellion)
London
Screaming in Digital
I Will Remember

Empire
Best I Can
The Thin Line
Jet City Woman
Della Brown
Another Rainy Night (Without You)
Empire
Resistance
Silent Lucidity
Hand on Heart
One and Only
Anybody Listening?