By Jeff GaudiosiJune 9, 2019Updated:May 29, 2021No Comments5 Mins Read
Share
Facebook Twitter LinkedIn Pinterest Email
When the topic of the greatest singers in rock and metal comes up, nearly every list will contain the name Geoff Tate.  From his classic work fronting Queensryche to his band Operation:Mindcrime to his work with Avatansia and Sweet Oblivion, Geoff Tate’s voice is instantly recognizable and loved by millions.  I had the fortune to spend some time with Geoff as he prepares for the Tail Winds Music Fest on June 29 and discuss his entire career from the early days to the real story behind Operation:Mindcrime to what’s in store for Empire‘s 30th Anniversary in 2020.  There are some brief connection issues early but the audio is fine after the first minute.
Please press Play below to listen to the MisplacedStraws.com Conversation with Geoff Tate:
On playing a festival as opposed to a regular gig – You have a talk with your people and you say “ok look we’re going into a festival and you’ve got to have your festival head on and go in there and fight for your sound” because a lot of time is a fight to get the things you need in order to do the show. 1:30
On the original concept behind the band Operation:Mindcrime – I wanted to work with a number of different people that I liked and respected…I’ve worked with some fantastic musicians over the past few years 2:50

On his new project Sweet Oblivion – We (Geoff & guitarist Simone Mularoni) started passing around some music and before you knew it months had gone by and we had come up with an album…We created the entire album in the virtual world, it was all made over the internet…We’ve still not actually set in the same room or met each other.  6:00

On his early influences – I grew up on progressive music, early Yes and Genesis, Pink Floyd, a lot of R&B, early rock music. 7:00
The fist song that really got me going and want to be a musician was a song by Jefferson Airplane called “Somebody To Love”. 8:25
On the more progressive sound of Rage For Order – It was a matter of pushing…If you look at our first full-length record The Warning we were already working with themes…I took Chris (DeGarmo) to see Peter Gabriel’s Security tour and he was just sprung at that moment and a light went off in his head. 9:45
On the inspiration for Operation:Mindcrime – I was in Montreal and experiencing the civil unrest there, it was basically the beginnings of a civil war going on there. I happened to be hanging out in this little dive bar, Rue St. Denis, and it was the place where all these separatists were gathering and talking and yelling and screaming and planning.  I was sot of an innocent bystander looking over their shoulder as they talked about extortion and kidnapping and car bombing. They became the backdrop to my story. 11:30
The character Dr. X in the Mindcrime stories was this guy sitting across the room that was like this Godfather figure…he kind of held court on one side of the bar and became my model.  12:20 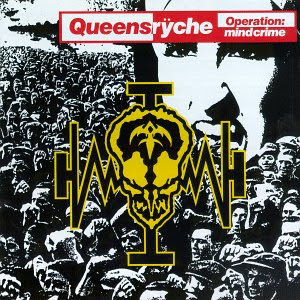 On the 30th Annniversary of Empire in 2020 – I’m planning on touring in 2020 pretty heavily…I want to do as many countries as I can playing the album in it’s entirety which I never done before. 15:50
On the time leading up to Promised Land – It was a situation where there was a lot of turmoil within the band, not everybody was into doing it any more…Wouldn’t it just be nice to stop here and do something different?  17:00
I’m really one of the more guilty ones in not wanting to carry on , a couple of guys worked very hard to convince me to do something again with the band and four years later we came out with the next record. 18:00
On the departure of Chris DeGarmo – Chris and I were really really a strong writing team, that why I got in the band in the first place was because of him…when he left it was like losing you’re left hand and you walk around with one hand trying to do the same things you did before. 19:00
I think he was really surprised later on when the band continued without him. He was pretty much of the mindset that the whole thing was gonna fold without him. 20:20
On going through a few guitar players after Chris and the band dynamic – It’s working with different people to see how it all fits…you have different levels of creative people who are not all there..you’ve got massive egos in place…resentments that build up through people getting the spotlight and other people not…jealousies start happening and drug abuse. 21:00
On his relationship with Queensryche now – We hardly ever cross paths, we’re in two really different circles. Michael Wilton and I lived 5 miles from each other and never saw each other…That whole thing has continued to this day, I don’t ever see them or hear about them. 22:30
On the future – I have a whole bunch of music that’s in various states of completion that I’m planning on finishing up over the summer. 23:45
On his wine making – 2007 was my first vintage, Insania is my brand, we make a red and white.  It’s made in southwestern Germany on the boarder of France and Germany…Every year we have a harvest festival that’s free to the public. 24:50 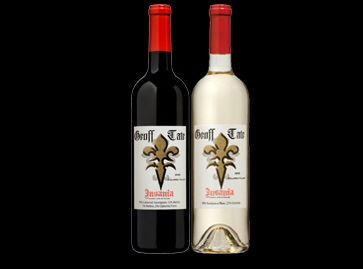