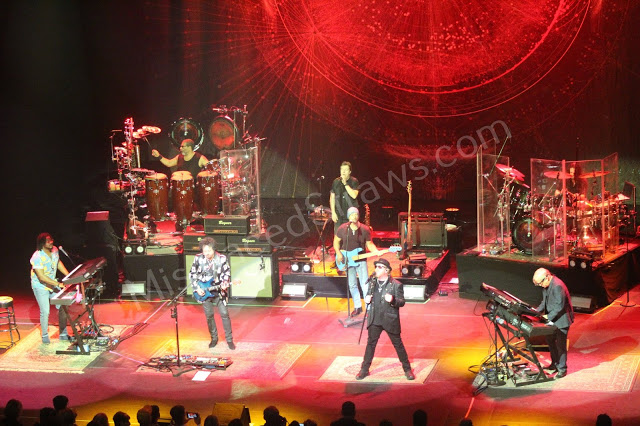 If this was goodbye, it was a hell of a way to go out.  For over 40 years Toto has been one of the most successful and misunderstood bands in the history of rock music.  Nearly everyone knows the “Big 3” – “Hold The Line”, “Rosanna” and “Africa”, but if that’s all you know then you are missing out on 4 decades of incredible songs and a level of musicianship that just isn’t seen anymore. When I spoke to vocalist Joe Williams before the start of this last leg of the tour he mentioned that, due to ongoing legal issues, this could very well be the end of Toto, a sentiment echoed by guitarist Steve Lukather recently. If that is the case, then the final weekend of shows, kicking off with their return to Foxwoods Casino, takes on a historical significance. 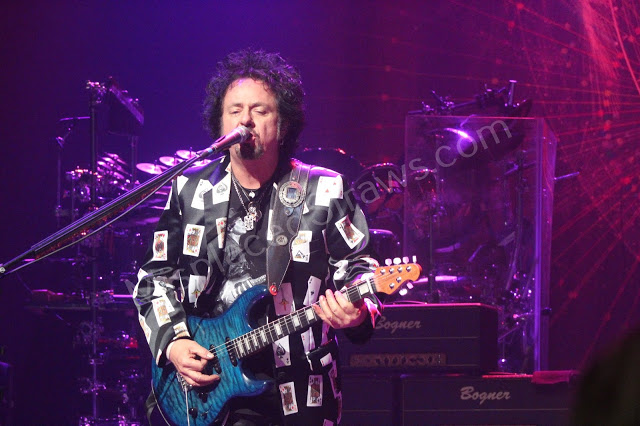 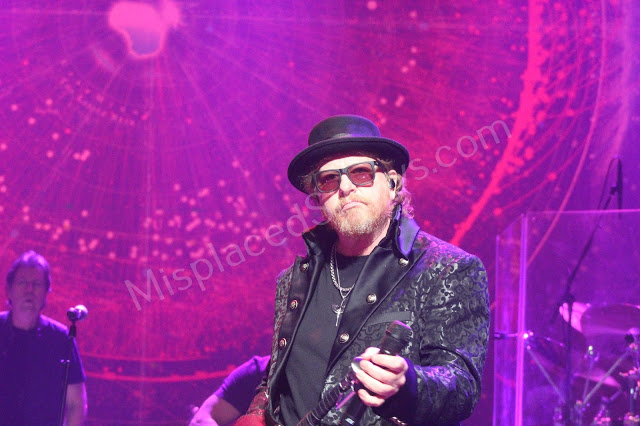 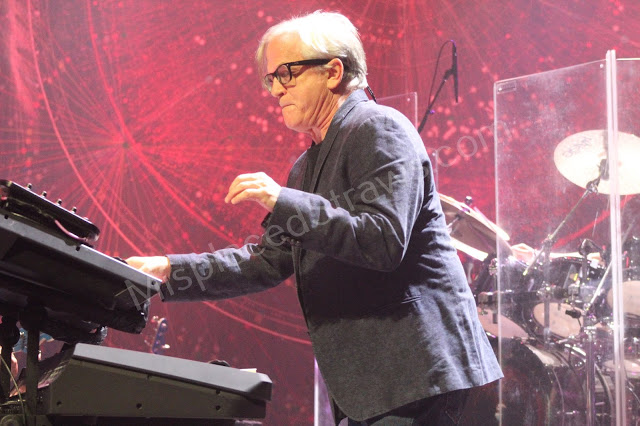 Toto took the stage in an 8-member configuration, the three core members, guitarist Lukather, Williams on vocals and Steve Porcaro on keys, plus five additional members, Lenny Castro on percussion, Shannon Forrest on drums, Warren Ham on vocals and an array of horns and reeds, bassist and vocalist Shem von Shroeck and, filling in for founding member David Paich on keys, Xavier Taplin.  The sound throughout the night was absolutely stunning.  The interplay of voices among the band allowed them to play songs from the band’s entire history, and you would be hard-pressed to find a more talented group of musicians anywhere.  The playing was flawless, but best of all, it was easy to tell that these 8 men thoroughly enjoy playing these songs and being on stage together.  When you have a collection of talent like this, there is no need for any type of backing tracks, every note is played live. 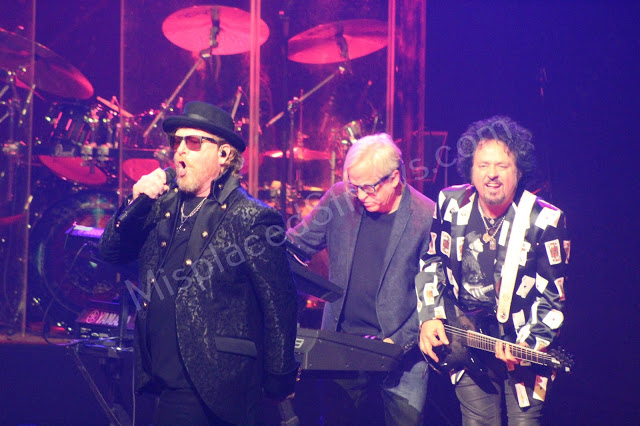 The night was a true history of this seminal band.  The two-hour concert was divided into three sets.  The first set contained two of the Big 3 but also contained 2 new tracks, the show-opening “Devil’s Tower”  and “Alone”, along with a selection of songs from early records like Turn Back and IV as well as mid-career releases like Kingdom of Desire and Tambu.  The first set ended by getting the crowd on its feet with the massive hit “Rosanna”, introduced by Lukather as “a party song”. 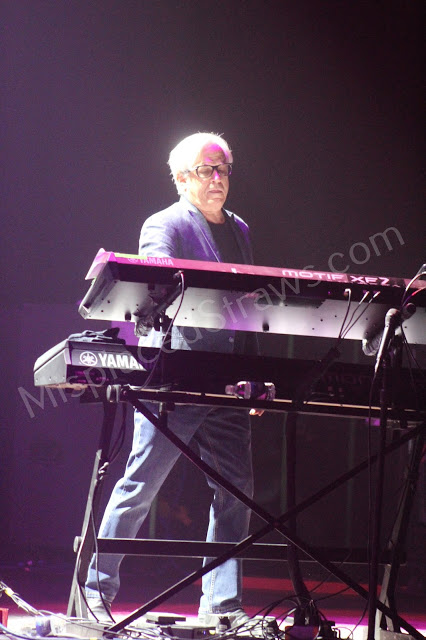 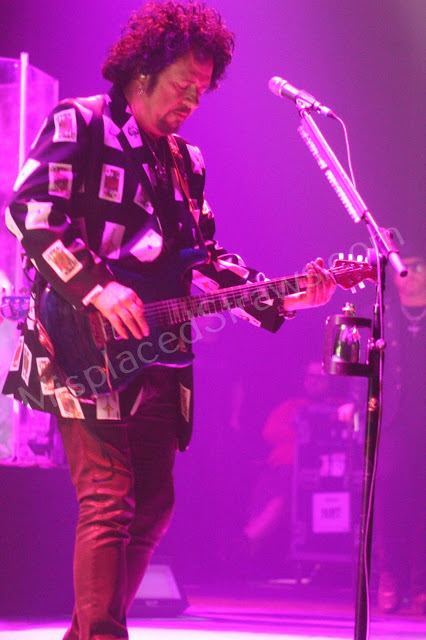 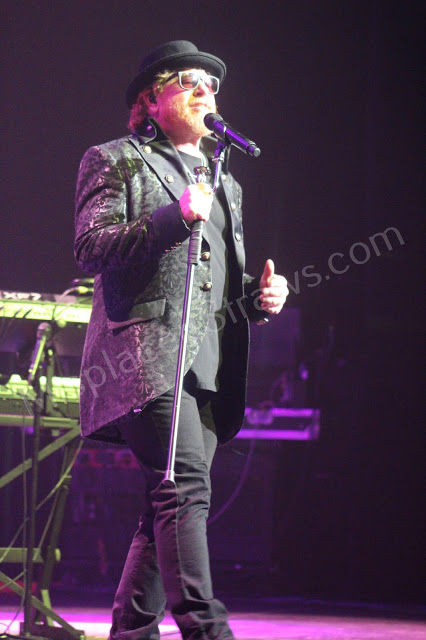 The second act began with the band, except for Castro and Forrest, seated in a row, Lukather with his twelve-string guitar.  This began a history lesson as Lukather, Williams, and Porcaro talked about the origins of the band as well as their work outside Toto with artists like Boz Scaggs and Michael Jackson.  Porcaro told the story of how his daughter inspired the lyric of Jackson’s hit “Human Nature”.  This act drew to a close with a beautiful piano solo by Taplin, showing that after 40 years there is no ego among the core members.  When you have a talent like the 27-year-old Taplin on stage you showcase it and give him his own spot. 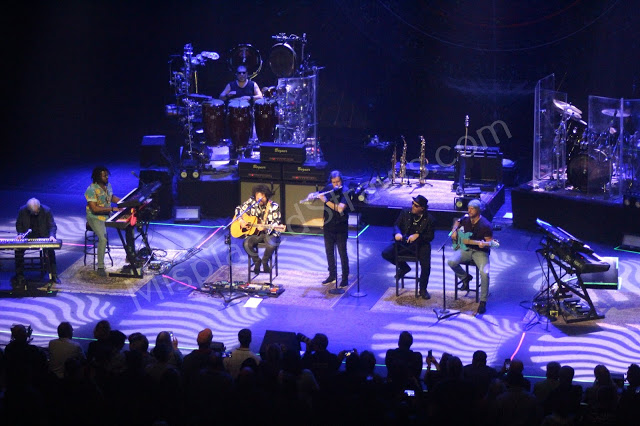 If the first act was the hits, the second was the history, the third tied it all together with a mix of both.  From the deep cut “Lion” off of 1984’s Isolation to the massive hit “Africa” no period was left unexplored. The band stretched out on the soundtrack cut “Dune (Desert Theme)” and Lukather paid homage to his hero George Harrison with a stunning solo on “While My Guitar Gently Weeps”. 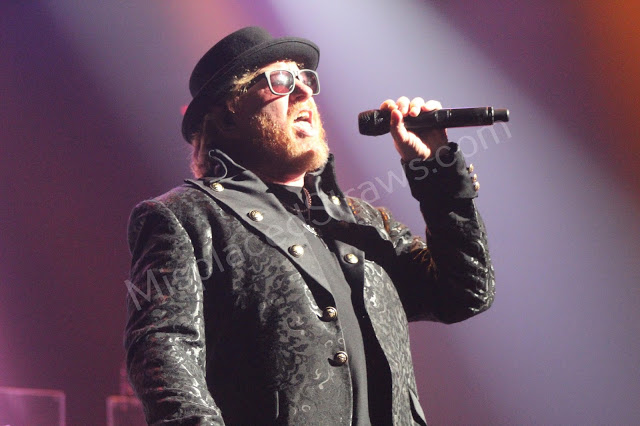 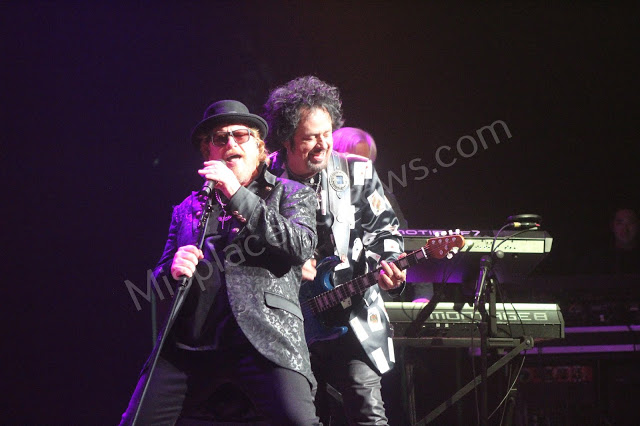 This isn’t the first time we thought we’ve seen the end of Toto and it’s far from the first time the band has faced adversity.  They have returned after the deaths of founding member, drummer Jeff Porcaro as well as his brother, bassist Mike Porcaro.  They have survived cycling through multiple singers as the band was hight of their popularity and hopefully, the outstanding issues will be resolved and this incredibly talented band will be able to continue and take the stage again.  For all of their success, particularly with “Africa”, Toto is still the most underrated band in music.  Their catalog is filled with hits and their tours have sold out for decades yet they do not get the recognition deserving to a band of their caliber.  Perhaps absence does make the heart grow fonder and Toto will be recognized, hopefully, by institutions such as the Rock & Roll Hall of Fame as they so rightly deserve. 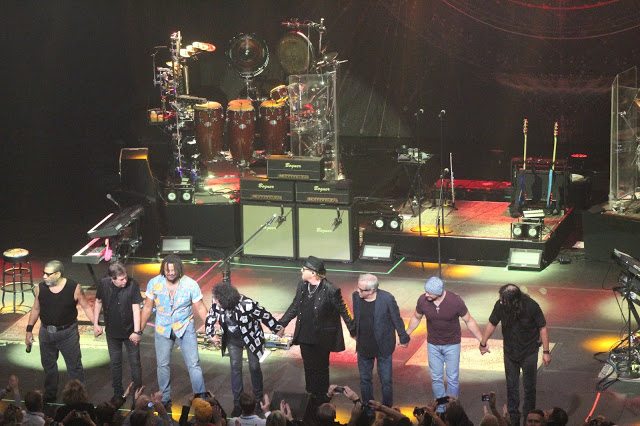 Encore:
Home of the Brave