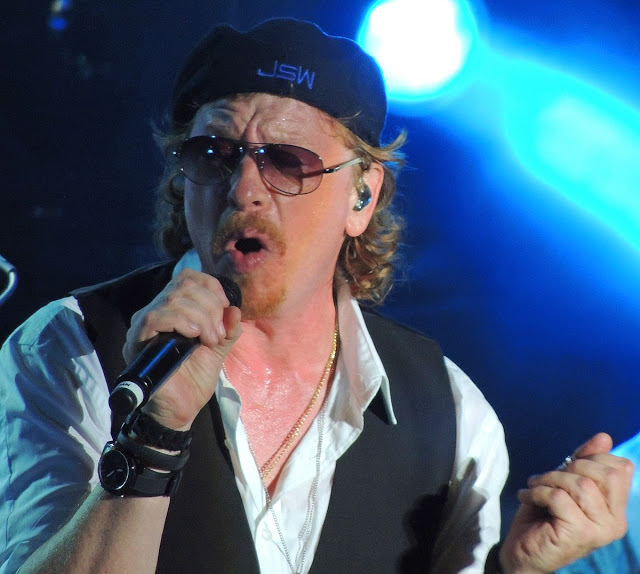 By Jeff GaudiosiAugust 25, 2019Updated:May 29, 202113 Comments6 Mins Read
Share
Facebook Twitter LinkedIn Pinterest Email
Few bands can boast of the career Toto has carved out.  From worldwide hit singles to sold out tours to tragedy and comebacks, the guys in Toto have literally done it all over the past 40 years.  As the band prepares to embark on the last leg of their 40th Anniversary tour, and possible their last concerts for the foreseeable future, I had the chance to spend some time with singer Joseph Williams to talk about his time in the band and what, if anything, the future holds for Toto.
Please press Play below to hear the MisplacedStraws Conversation with Joseph Williams:
On what fans can expect for the upcoming leg of the tour: This is this will finally conclude this cycle of touring for this 40th Anniversary. We’ve been we’ve changed the set up a bunch since this sort of cycle started but, yeah, this will finally put to put to rest this whole celebration that we’ve been doing. 1:00
On whether founding keyboardist David Paich will participate: He’s still out, but he may he may join us for a couple of shows. He’s still sort of on the mend as they say. 2:16

On recording material from the Toto vault for the recent box set: We got together and decided that for the 40th anniversary box set that we were going to do a record  and re-write or finish some of these pieces or re-work them so that we have the tracks with Jeff (Porcaro)’s drums and Mike (Porcaro)’s bass and with new lyrics, new choruses,  that kind of thing. Then we would write a handful of new songs to round out a 10 song album so that was how that whole thing came about. 5:44
On how he first joined the band: Well my involvement with the band started with just an audition through Jeff.  My relationship with the guys in the band goes back way before there even was a band. So, of the guys who have the job as the as the quote unquote lead singer,  high singer, whatever you call it, I knew these guys  before there was a a band, so they I think they called me because they knew me and they wanted to sort of give me a shot because I was a friend and everybody they had had up until that point had been kind of,  I don’t want to say an outsider, but somebody who wasn’t really part of the music scene that everybody else had grown up in. So they sort of  gave me a shot because they wanted to have somebody that was  sort of like them and grew up in the same area and all all of that . So that was sort of how I how I end up getting the call so to speak 7:10

On his departure after The Seventh One: A large part of why I left was certainly just myself and how I was sort of taking care of myself.  Another part of it was just the sort of chaos and what was going on internally with the band and their feelings about lead singers kind of in general. They had issues with Bobby (Kimball) and then issues with Fergie (Frederiksen) so any minor issues that have crept up with me they were sort of looking, they were expecting an issue kind of a thing, they  had so many problems with singers. So it ended up being sort of a kind of a mutual thing for me. What I can say for myself as I just think that at that time I really wasn’t ready for that big of a job. It’s a huge job, I mean the precedent that was set by Bobby and the band when they first started, in terms of the lead singer job,  is huge, it’s a very, very tough gig. Live, anyway, it’s really  like a 2 man job I don’t think any of the singers of this band have had it easy on the road and several of us have lost our jobs because it’s been very very tough on the road. The good news about the last 10 years or so is that everybody’s you know older, wiser and a little bit more apt to slow down and take a look at the keys and all that kind of stuff so that we can survive there out on the road.  So it was a different time back then everybody was younger and just  maybe expecting everybody to pull their weight a little bit more. It was a tough time, but it was it was a kind of a mutual thing that I go my way and it was a good thing I did because I ended up working in television and raising children. 8:45
On his role as the singing voice of Adult Simba in the original The Lion King: They stopped approaching me for Lion King stuff with the first sequel. I think the reason for that was that Matthew Broderick was the speaking voice of the adult Simba back then and I think it pissed him off that they even used to me in the original because he actually can sing. He was in The Producers and stuff so I think it bugs him that they chose somebody else to actually sing for him. The problem was that he could not sing in the range of the song “Hakuna Matata”  so that was  one of the reasons they brought somebody else in.  I saw the new one and I thought it was great and I thought Donald Glover who does the singing and speaking voice  of the character did absolutely fantastic job. He even sang the first line of his part in “Hakuna Matata” exactly the same way that I did which was great because I ad libbed that line back in the day so it was it was gratifying to see him sing it. 13:56 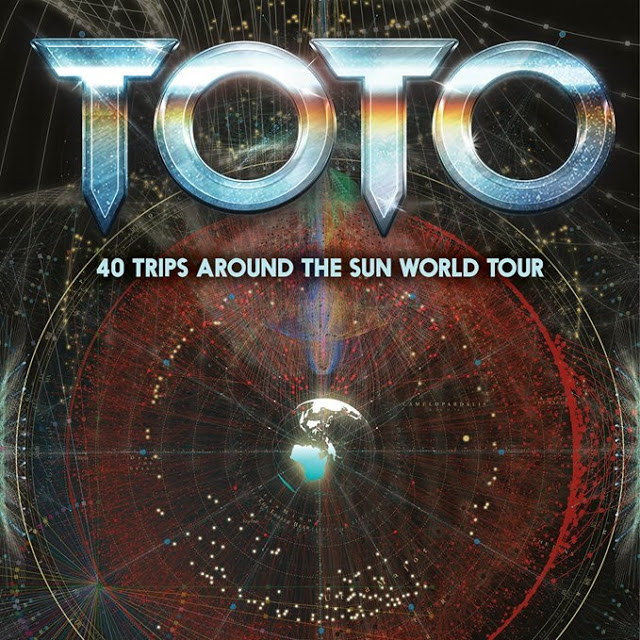 On the Rock N’ Roll Hall of Fame: The snub,quote unquote, goes back to the Toto IV era when the guys basically said no to the cover of the Rolling Stone and I guess they have  built some sort of a rift with the guy who runs  the Hall of Fame.18:56
On the future of Toto: Well it’s my understanding that we are breaking for a while, and it may be quite a while. I’m not sure exactly what’s happening there been lawsuits and there’s been a bunch of things legally going on that are going to prevent us from working for a little while at least.  I don’t have the details, I don’t know, but I do know that we’re we are taking a break after about 4 really really solid years of of nonstop touring so we’re taking a break for a while. 21:08
Follow Toto:
Facebook | Official | Twitter
Share. Facebook Twitter Tumblr Email