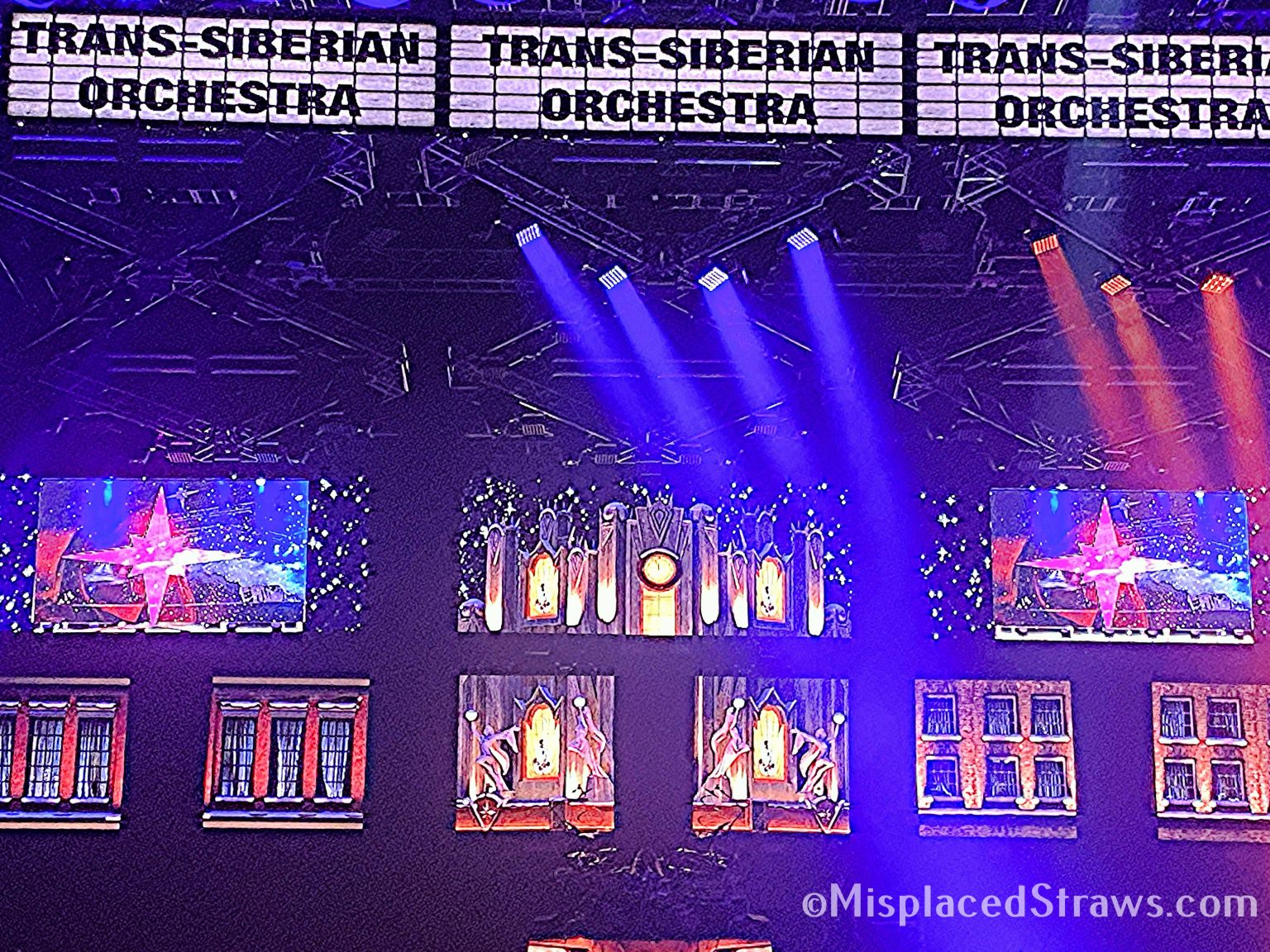 For many, and I will include myself in that group, there is no Christmas season without the Trans-Siberian Orchestra. Twenty-six years after releasing their first record, Christmas Eve and Other Stories, and 23 years after their first tour, TSO brought a brand-new show to the MVP Arena in Albany, NY. Just a technical note, TSO does not give photo passes, so all photos are cell phone captures from my seat.

When it comes to live performances, TSO is probably second only to Bruce Springsteen and the E Street Band in terms of creating a must-see live show and cultivating a rabid fanbase that will come out to see them live anytime and anywhere. As per tradition, TSO once again features an East touring group and a West touring group. This year did see perennial East vocalist Dustin Brayley move to the West while long-time West singer John Brink returned to the East. Other than that, all members of the East band and vocalists were the same as last season.

It would be easy to just give a standard review of the night, a rundown of what happened, but a TSO concert is a deeply personal, unique experience for each audience member. For those of us who have been there since the beginning (my first show was Dec. 11, 1999, at the Beacon Theater in NYC, and haven’t missed a year since), a literal lifetime of memories is wrapped up in this band. For me personally, each year I remember the first time I brought my wife to see the band, my kids’ first shows, bringing my parents, and recommending the show to friends. We were fortunate to have been friends with the late TSO bass player David Z so his memory is always there when the band takes the stage, not only because of his stage presence but his kindness. David always found us in the crowd and made sure we met up after the show. Also, five members of the East band (Chris Caffery, Jeff Plate, Joel Hoekstra, Russel Allan, & Zak Stevens) and an additional three members of the West band (Jeff Scott Soto, Al Pitrelli, & Chloe Lowery) have been interviewed here on MisplacedStraws. While everyone in the crowd may not have the same memories, the band has touched them all in some way. This is more than just a rock concert, it’s tradition, it’s family.

There are those who say that the show has become stale and it’s just the same songs year after year. Statements like that are inaccurate and totally miss the point. Yes, the core of the show is the “story” (this year sees the return of The Ghosts of Christmas Eve) and the story doesn’t change, except that it does. While the songs and storytelling (masterfully done as always by Bryan Hicks) are the same, the arrangements of the songs differed slightly from the last time this story was played and the featured vocalists have switched for some of the tracks. In addition, the lighting, video, and stage setup are completely different from year to year making each tour a brand-new experience.

The biggest changes this year were reserved for the second half, “greatest hits” portion of the show. This tour sees the band premiering a previously unreleased Paul O’Neill composition called “Christmas Carousels” which gets paired with the classic “Siberian Sleigh Ride”. The band also features “Child of the Night”, a bonus track from the non-Christmas Night Castle release, which gets paired with the Beethovan’s Last Night stalwart, “A Last Illusion”. Over the past few years, the second half of a TSO show has featured a slot reserved for a Savatage song. As most know, Savatage was the band that TSO evolved from. Like last year, powerhouse vocalist Kayla Reeves tackles a track from the Streets record. The song this year is the devastatingly powerful “If I Go Away”, dedicated to Paul O’Neil’s memory and once again, Reeves knocks it out of the park and does original vocalist Jon Oliva proud.

The Trans-Siberian Orchestra means many different things to many different people and no two people will experience a show the same way. On this night in Albany, as on every night in every city on every tour, the band fulfilled late founder Paul O’Neill’s vision and promise of creating memories, bringing us all together, and reminding us of the power and meaning of Christmas.