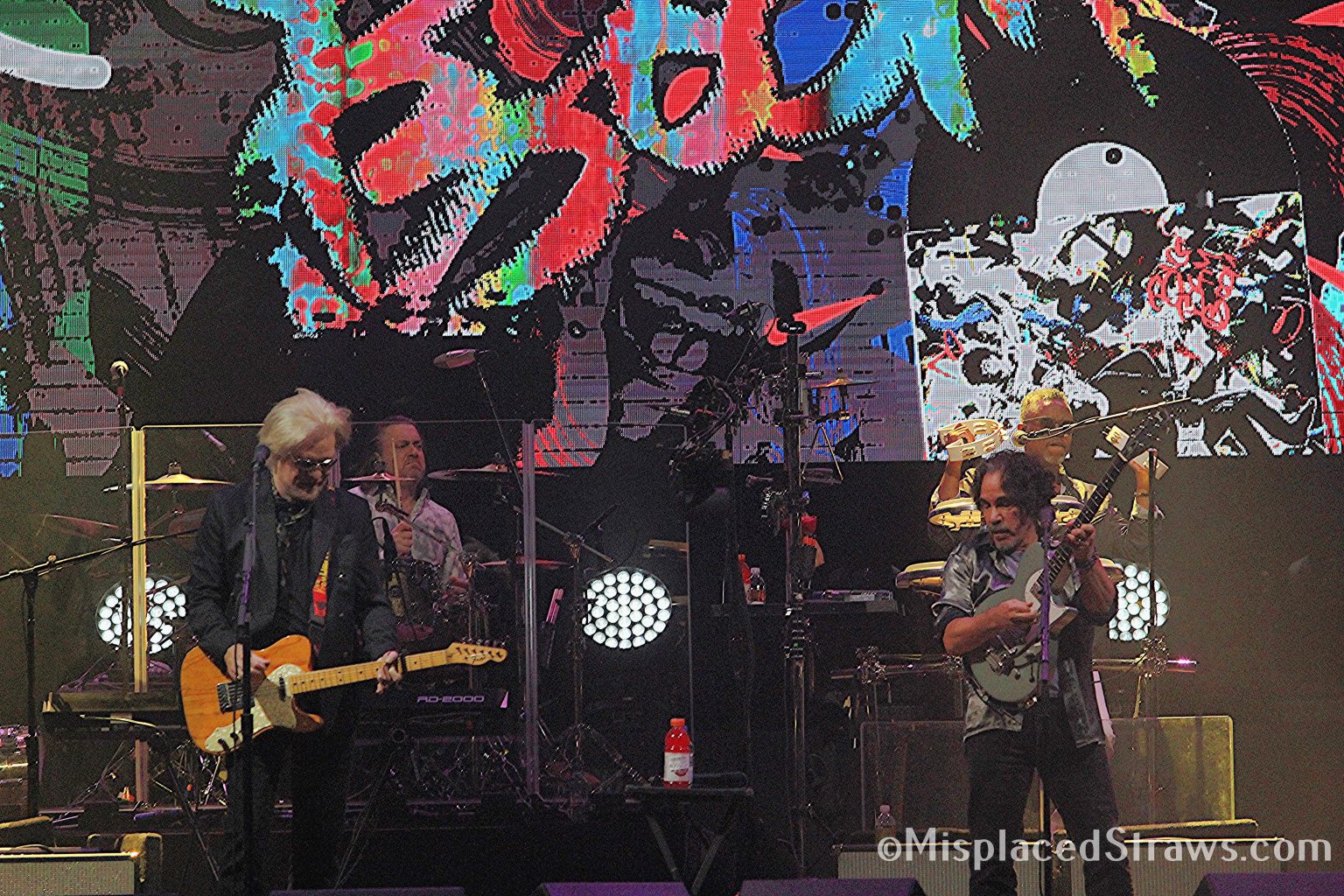 Daryl Hall and John Oates are the most successful duo in music history. The pair have multiple number 1 singles and platinum albums and have been inducted into the Rock & Roll Hall of Fame. They recently brought their live show to Connecticut’s Mohegan Sun Casino as part of a brief October run of shows.

An early start with no opening act saw the band take the stage as some of the capacity crowd was still filing in. The pair and their excellent backing band opened the night with “Maneater”, the lead track from 1982’s H20, which celebrated its 40th anniversary earlier this month. From the start, Hall seemed to have trouble with the sound, an issue that plagued the performance throughout the evening, at times seeming to take some of the energy from a crowd that clearly wanted to celebrate these classic songs. After taking a few moments to work on the sound, the band kept with the H20 record for “Family Man” before a pair of tracks, “Out of Touch” and “Method of Modern Love”, from that record’s follow-up Big Bam Boom.

While the band saw its biggest success in the 1980s, there is always a portion of the crowd that is there for the earlier, 1970s material. The early period is represented in the set with one track from each record, beginning with the 1973 classic Abandoned Luncheonette (“She’s Gone”) through 1976’s Bigger Than The Both Of Us (“Rich Girl”). The deepest cut of the night saw the band reaching back to 1974’s War Babies for “Is It A Star”.

While Daryl and John are clearly the focus, their live band did an admirable job of bringing these songs to life. Led by stalwart member Charles “Mr. Casual” DeChant on sax and guitarist Shane Theriot, each member of the live band brought their own stamp to the live performance.

At 14 songs and a little under 90 minutes, it felt like a fairly short evening. The duo has such a deep, rich catalog so it would have been great to get a few more of the hits in, but when you have as many hits as Daryl Hall and John Oates, picking a setlist isn’t an easy task and something will always have to be left out. That being said, any time you get to see a Rock and Roll Hall of Fame-inducted band live is special and this was no exception.