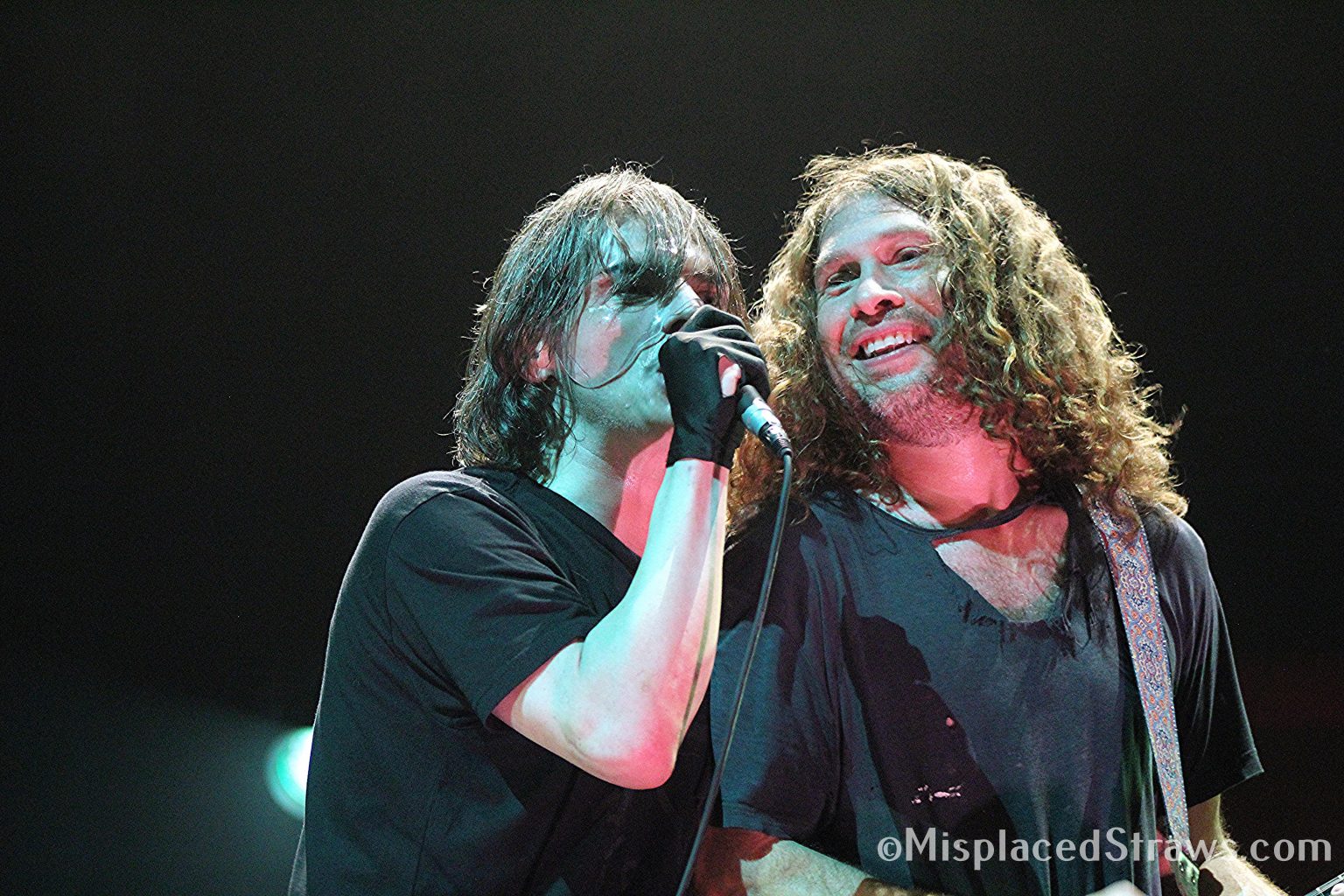 Reunions can be a tricky thing. Sometimes, a band and its music can be so associated with a certain era that the reunion tour is just pure nostalgia. Once in a while, a band can return from a hiatus to transcend the era it grew out of and firmly reclaim its crown as a leader in modern music. My Chemical Romance has shown it has no interest in being a nostalgia act and instead, is indoctrinating a new generation into its brand of emo punk.

MCR is using multiple opening acts throughout the tour. This night, Texas rockers Waterparks began the show. The capacity crowd was into the band as they tore through a 9-song set that featured their new single “Self-Sabotage”.

MCR took the stage to the piano intro of its 2022 single “The Foundations of Decay”. The stage backdrop fit the theme of the single, portraying a city in ruins. As the track built and led into the classic “This Is How I Disappear” from their masterwork Welcome To The Black Parade, it became clear that MCR 2022 is the next evolution of the band we last saw in 2013. There are no costumes or makeup onstage (save from frontman Gerard Way’s facemask), while the crowd was dressed for the occasion, the band looked (and played) more like the young, hungry group they once were.

Each night of the tour sees the band playing a slightly different set which adds to the spontaneity of each performance. While hits like “Helena”, “I’m Not Okay (I Promise)”, and “Famous Last Words” are played each night, deeper cuts, such as “Bulletproof Heart”, “You Know What They Do To Guys Like Us In Prison”, and “It’s Not A Fashion Statement, It’s a Fucking Deathwish” that came out this night have only been played a handful of times.

The 20-song, 90-minute set was played at a frantic pace that fed the energy in the crowd. The band only really stopped and addressed the crowd one time, that was for Way to ask the GA floor crowd to take a step back as the people up front were pinned against the rails. The relationship between the band and the crowd really was symbiotic. As guitarist Frank Iero would begin the opening riff to a track like “Na Na Na (Na Na Na Na Na Na Na Na Na) the crow would explode which just lifted the band to even greater heights.

The crowd was a huge part of the night. A majority of the packed house probably wasn’t old enough to have experienced MCR during their initial run, which is a testament to the band. Filling an arena with fans from your heyday is easy for a band that saw the success MCR did, but filling it primarily with next-generation fans is something that just isn’t seen. It’s a true testament to the timeless songs this band created and the ability of the lyrics to still have meaning to later generations.

You can never know what the future holds but with a great new single earlier this year and a renewed energy on stage this may be the new beginning that MCR fans hoped for.