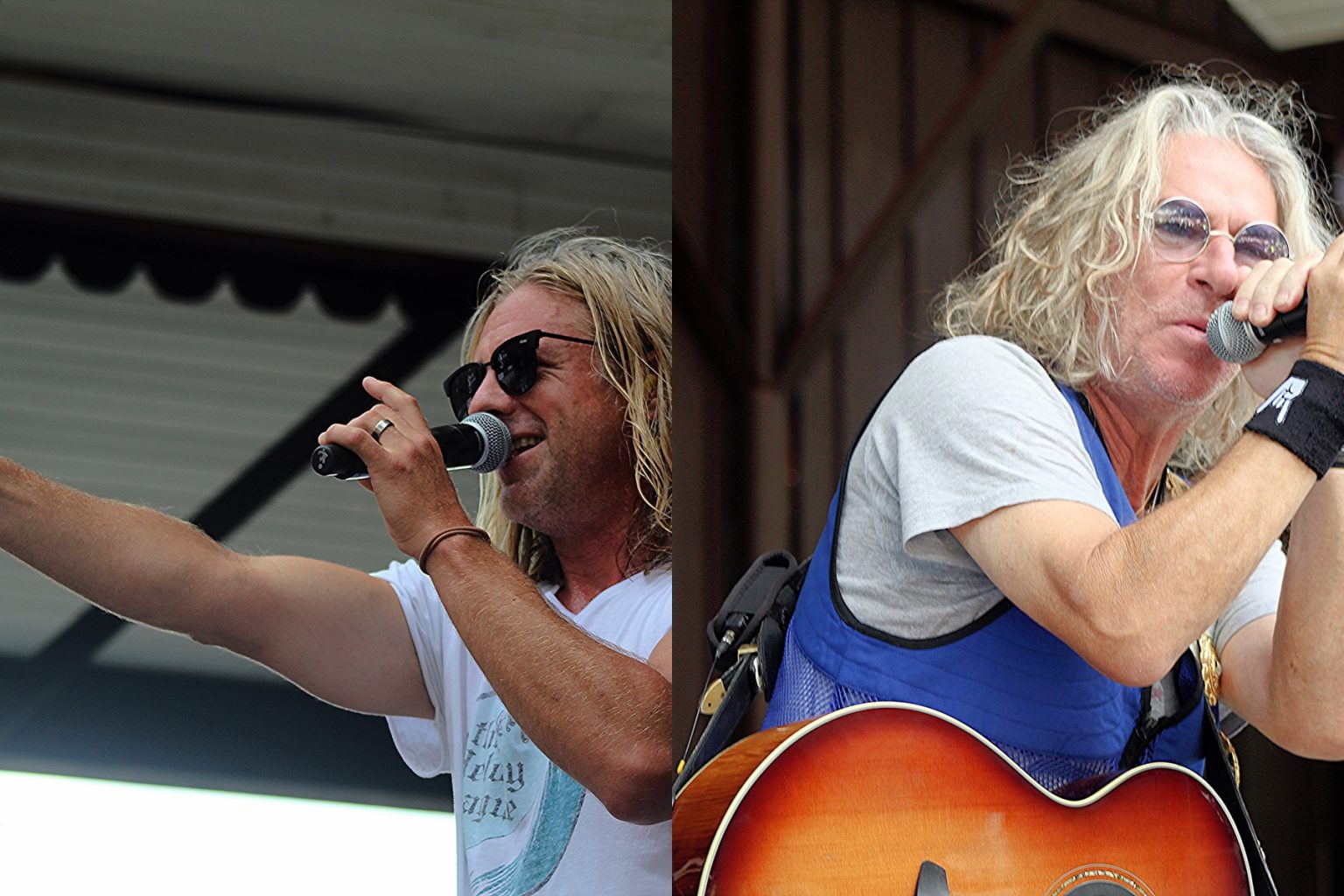 There are few things better than a summertime outdoor concert, especially with a great lineup. It is a little strange however when the show takes place at 1:00 in the afternoon. On August 6, Collective Soul, Switchfoot, and Jade Jackson took the beachfront stage at Indian Ranch in Webster, MA on a blazing hot afternoon and magic happened.

The venue was a big part of the show and overall vibe. The property is a sprawling campground, complete with a beach and paddlewheel boat for lake cruises. Its intimate stage has been hosting concerts since 1946. All three acts commented repeatedly on the uniqueness and beauty of the surroundings which certainly impacted the stellar, loose performances of all three.

Jade Jackson, a singer-songwriter based in Nashville (via California) opened the show. Jackson is a superb songwriter with a voice to match. Her too-brief set consisted of four original tracks with a Bruce Springsteen cover mixed in. Jackson was clearly in her element and won the crowd over with her music and between-song banter.

Shortly after Jackson’s set ended, Switchfoot took the stage. I will admit to not being familiar with the band, for some reason they just never got on my radar. I will also admit to being blown away by their live performance. They brought a heavier sound live than on record which, in my opinion, suited the music very well. While the first half of their set stuck mainly to the formula they’ve used for this summer tour, frontman Jon Foreman began to feel the magic of the day and the love from the fans and changed things up a bit from the printed setlist.

The first change came with the tour premiere of Tom Petty’s “I Won’t Back Down”. Following “Float”, Foreman really acknowledged the fans by adding another impromptu tour premiere of “Saltwater Heart” after a fan handed him a sign requesting the 2014 track. Foreman wasn’t done with the fans though as he brought up a newly engaged couple and had them sit on the stage while the band launched into the beautiful “I Won’t Let You Go”.

Throughout the night, Foreman kept saying how this was his favorite show of the tour. Judging from the energy shown by the entire band he wasn’t wrong. The bright sunshine, lack of stage lighting, and intimacy of the venue seemed to allow the band to truly interact with fans in a way that just isn’t possible in a more traditional setting.

Collective Soul ended the afternoon, taking the stage at 3:20 pm. After the traditional opener of “Precious Declaration”, frontman Ed Roland mentioned how he isn’t used to singing this early in the day and needed a vocal warm-up. This led to an unplanned performance of “She Said” to the delight of the crowd. Collective Soul has always been a band unafraid to play new music live, this tour sees them playing two songs from their upcoming studio record Vibrating, the single “All Our Pieces” and the amazing “Undone”. In addition, Roland played a solo acoustic track called “Bob Dylan Where Are You Today”, which he said he wrote because he wanted to create a protest song but couldn’t so he summoned the greatest protest songwriter, Bob Dylan.

Roland and the band had the crowd on their feet for most of the set and they ran through their vast catalog of hits. Tracks like the beautiful “Compliment” to the heavy “Better Now” all sounded perfect as this current lineup of the band has truly gelled. Guitarist Jesse Triplett who has now been with the band for nearly a decade brings a harder edge to the traditional Collective Soul sound that just fits perfectly and adds a freshness to these songs.

As with Switchfoot, the unique combination of venue and sunshine allowed Collective Soul to have a little fun with its fans. Ed Roland spotted a fan sitting up in the last row of bleachers, invited him to the stage, and handed him the mic for the band’s traditional cover of REM’s “The One I Love”. While Ed helped the fan out they were also joined by Switchfoot frontman Jon Foreman on the track.

Much like the artists, I had no idea what to expect from a midday concert in an unusual venue, but sometimes great things happen when you least expect it. This day was the perfect combination of a sunny summer day, a crowd that is fiercely loyal to the bands, and 3 acts that truly appreciated all the elements and simply created an unforgettable afternoon.