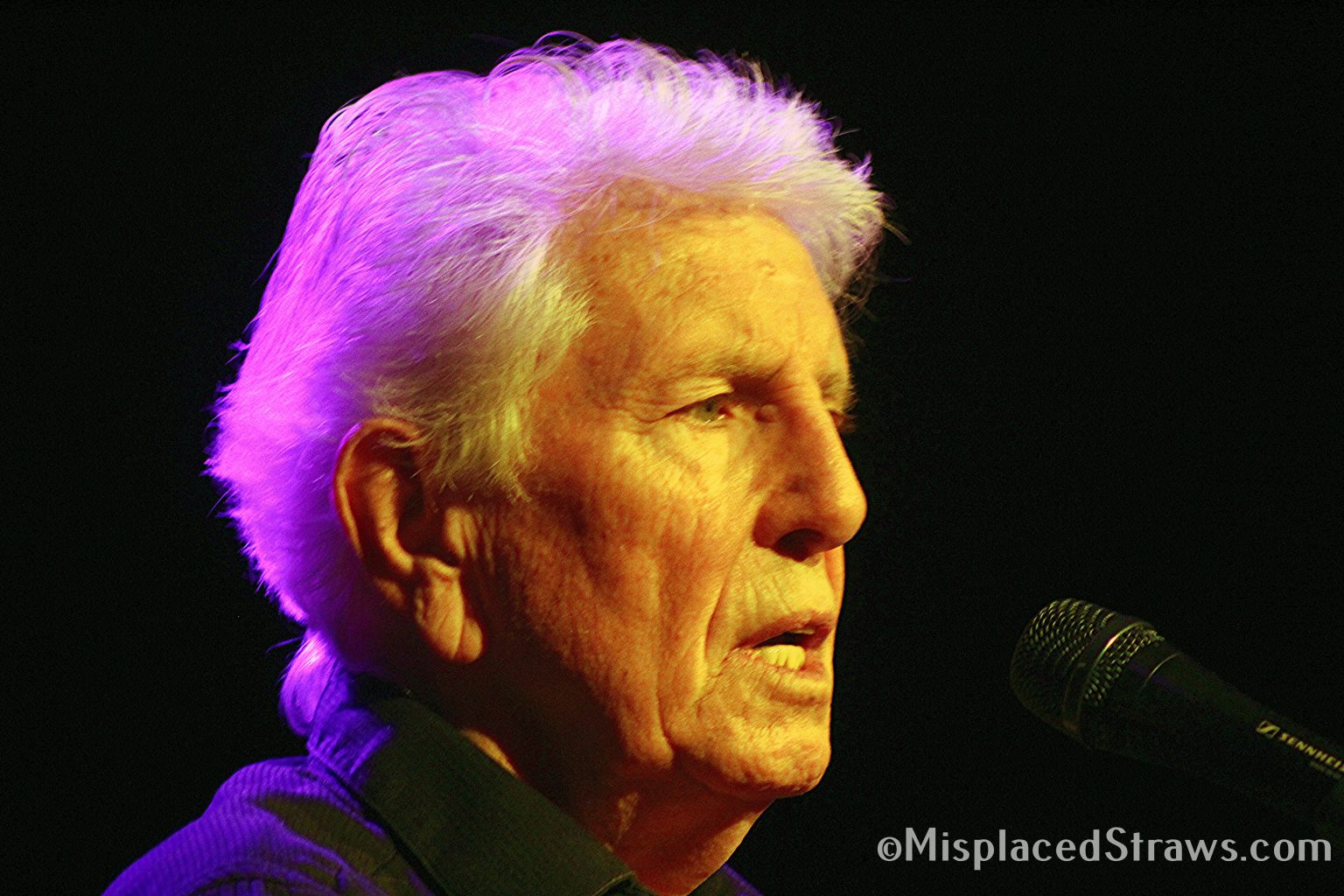 There are few musicians still on the road with a history like Graham Nash. His name fits in sentences with Paul McCartney, Brian Wilson, and, of course, Neil Young. Nash has just begun another leg of his Intimate Evening of Songs & Stories Tour, his second stop brought him to Infinity Hall in Hartford, CT.

The aptly-named tour saw Nash bring a set list filled with beautiful, sparse arrangements not only of songs in the Crosby, Stills, and Nash catalog, but his own solo material, songs from Steven Stills, Neil Young, Allen Clarke, The Beatles, The Hollies, and his hero, Buddy Holly. Flanked by two outstanding musicians and singers in Shane Fontayne on guitar and Todd Caldwell on keys, Nash took the audience on a journey through his love of music and regaled the crowd with stories as he went along.

During the night, Nash mentioned that he is now 80 years old, but if you closed your eyes and listened, his voice is just as delicate and pristine as it ever was. From the sweet notes of “Wasted on the Way” to the crescendo in “Cathedral” the tone and control of his voice remained unchanged from the glory days. Fontayne provided the perfect foil on electric guitar with a sublime tone to fit the styles of both Stills and Young while creating something all his own.

Nash spent most of the evening on acoustic guitar, though he did make his way to the piano a few times, most notably on “Our House”. The classic song was introduced by simply saying he “Recently spoke with Joni” and that she is doing well.

CSN was never a band to shy away from a challenging political climate and even at 80 years old, Nash still had his finger on world events. He began the night chastising Russia and Vladamir Putin while opening with “Find The Cost of Freedom” followed by “Military Madness”. Those were bookended with the closing track of the night, “Teach Your Children”, which he said is a song all Russian mothers should sing to their children.

Graham Nash is a rock & roll historian with a Hall of Fame career. Seeing him in such an intimate setting was a night that won’t soon be forgotten. If you’ve ever spent a quiet Sunday morning listening to Crosby, Stills, and Nash while sipping your morning coffee or tea, then you need to experience Graham Nash’s Intimate Evening of Songs & Stories.