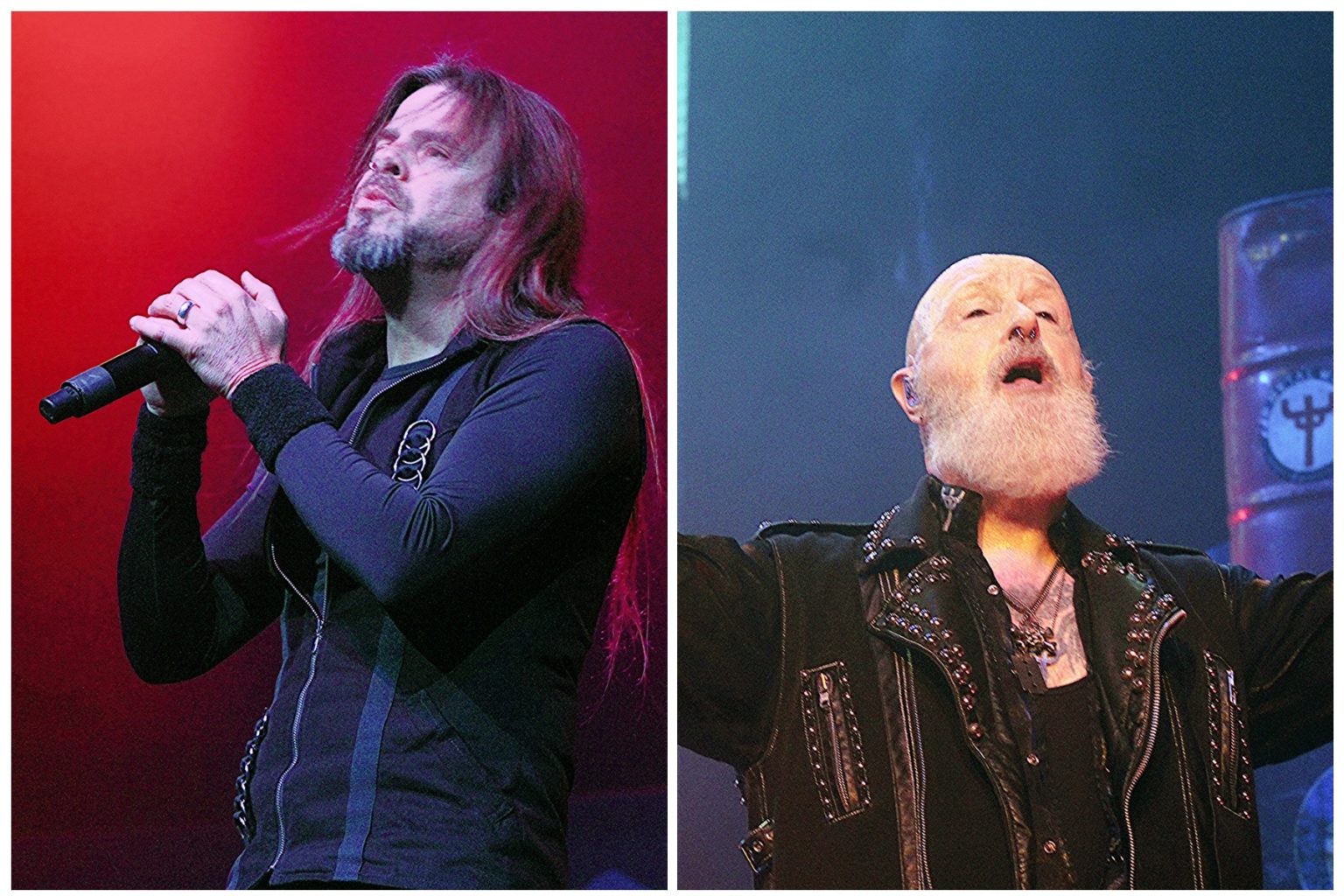 Although they do not have a new record to promote, Queensryche took the stage with a perfect opening set for the packed, Priest-loving crowd. The band stuck to its earlier material, nothing recorded after Empire was played, and only the title track from that record made the set.

The heavier material, with an emphasis on the full-length debut The Warning, fit the nostalgic theme of the night. It also gave singer Todd LaTorre a chance to show how he can take these classic songs and breathe a new life into them with the strength of his amazing voice.

Queensryche has undergone a number of changes in personnel over the years. In addition to LaTorre, now celebrating his 10th year in the band, original members Michael Wilton and Eddie Jackson were joined by drummer Casey Grillo and guitarist Mike Stone, who was in the band from 2003 to 2008 and returned in 2021 when Parker Lundgren stepped down. Despite these changes, Queensryche has shown over the past decade, and again on this night, that they can still play their vast catalog and sound better than ever.

After a brief break, it was time for the Main Event, Judas Priest celebrating their 50th anniversary with a packed theater of disciples. Yes, this is not the Judas Priest of old with guitarists Richie Faulkner and Andy Sneap playing all the classic songs, but the engine of Ian Hill and Scott Travis are still together to power the band forward, and even after 50 years Rob Halford proves night after night that he is still the Metal God.

Set-wise, this was a perfect anniversary tour. With the exception of Stained Class, all of the classic era (1974-1990) albums were represented with at least one track. Later work, the two records featuring Tim “Ripper” Owens on vocals and the first 3 “reunion” albums were left out, but 2018’s Firepower was represented with the new classic “Lightning Strike”.

An elaborate stage, designed to look like the Priest Metal Works, brought back memories of the huge tours the band undertook in the ’80s. Frontman Halford totally decked out in his traditional leather and studs, showed that despite advancing age he can still belt out Priest classics without the need for backing tracks. Is his voice as perfect as pristine as it once was? No, but after 50 years that can’t be expected. The few times he addresses the crowd he sounded as if he may lose his voice at any moment, but he never once held back when hitting the impossible notes in tracks like “Touch of Evil”.

Along with Halford, guitarist Faulkner has become a focal point of Priest’s live performance. After almost 10 years with the band, the Falcon feels like he’s always been there and not only fills the shoes of KK Downing and Glenn Tipton but adds his own flourishes that fit perfectly. When Tipton was forced to discontinue touring due to Parkinson’s Disease, producer Andy Sneap stepped in for the Firepower tour. On that tour, Sneap looked uncomfortable and unsure as to how much of his personality he could show on the stage. After flirting with touring as a four-piece, the band brought Sneap back for a second tour and he looked a little more comfortable in his Priest leather this time around. He primarily stayed close to lone original member, bassist Ian Hill, but did step forward for a few solos.

This isn’t the band that took the stage behind classics like Screaming for Vengeance, Defenders of the Faith, or Painkiller, but few bands of that era are the same. The 2022 version of Judas Priest is a mix of old and new but, 50 years on, still delivers the goods night after night.