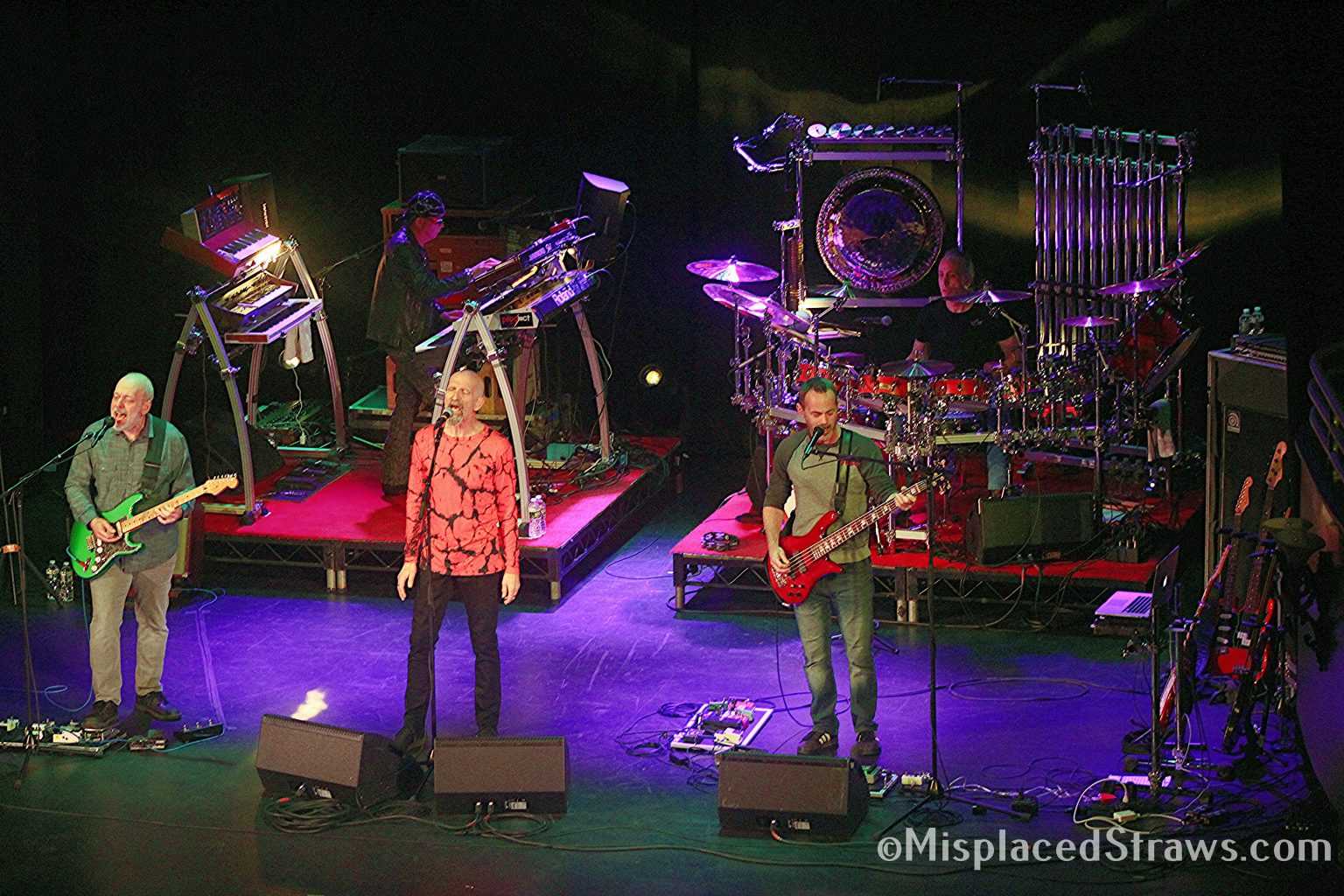 Imagine a Friday night with friends, enjoying a drink, going through your record collection listening to the classic songs that made you fall in love with progressive rock. Now, imagine that your friends are 5 of the most accomplished and talented musicians in rock, and instead of dropping the needle on those songs, they are played live. That is exactly what an evening with ProgJect is like.

ProgJect is the brainchild of drummer Jonathan Mover and his love for the first generation of progressive rock. He is joined by keyboard wizard Ryo Okumoto, guitarist Mike Keneally, bassist Matt Dorsey, and vocalist Michael Sadler. Each member comes with their own packed resume of classic music but join together to celebrate the music that influenced them growing up.

The setlist is firmly rooted in classic prog rock. You would be hard-pressed to find a song recorded after 1980 in this show. The result is a fantastic trip down memory lane, hearing songs that haven’t been played live on stage in years alongside classics that feel reborn and reenergized when played by such incredible musicians who truly have a love for the songs.

The setlist plays like a prog-rock primer with songs by Yes, Gentile Giant, King Crimson, Genesis, Rush, Pink Floyd, and more. While Saga’s Michael Sadler handled the majority of vocals, bassist Dorsey had the mic for a stirring version of “Solsbury Hill” while guitarist Keneally handled vocals for a haunting “Wish You Were Here”. Each member had their time in the spotlight with Okumoto showing his immense skills on a medley of “Firth of Fifth” and “Cinema Show” and Mover holding the spotlight in medleys honoring two of the genre’s great drummers in Bill Bruford and Neal Peart.

If asked to pick a highlight in a night of great music, it would have to be the full performance of the Emerson, Lake, & Palmer classic “Karn Evil 9: 1st Impression, Part 1 and Part 2”. Throughout the set, the band was met with loud cheers and standing ovations, but the ELP track lifted the Wall St. Theater crowd to a new level. The song allowed all members to stretch out and take their audience back to the days when prog giants filled stadiums.

The downside to the progressive genre is that the length of the songs really cuts down on the number of tracks you can fit into a set. ProgJect fit parts of over 25 different songs into the 2.5-hour set which was both amazing and just a little frustrating. It’s amazing because the packed setlist provided the perfect introduction to the band on their first tour. It showed what they are capable of and gave a tremendous base for explaining the history of prog. It becomes a little frustrating in that every song sounds so good that you want more. You want all of “Cygnus X-1” and “Gates of Delirium”, not just parts of them in a medley.

This initial tour has set the stage for the band. The expansive setlist did an amazing job of introducing ProgJect to an audience that was hungry for these songs. I can’t wait to see how this band evolves. Now that we’ve experienced the breadth of what this band can do, personally, I would love to see them concentrate more on full songs rather than medleys. Either way, a night with ProgJect will remind you of why you love progressive rock and send you digging through your record collection.