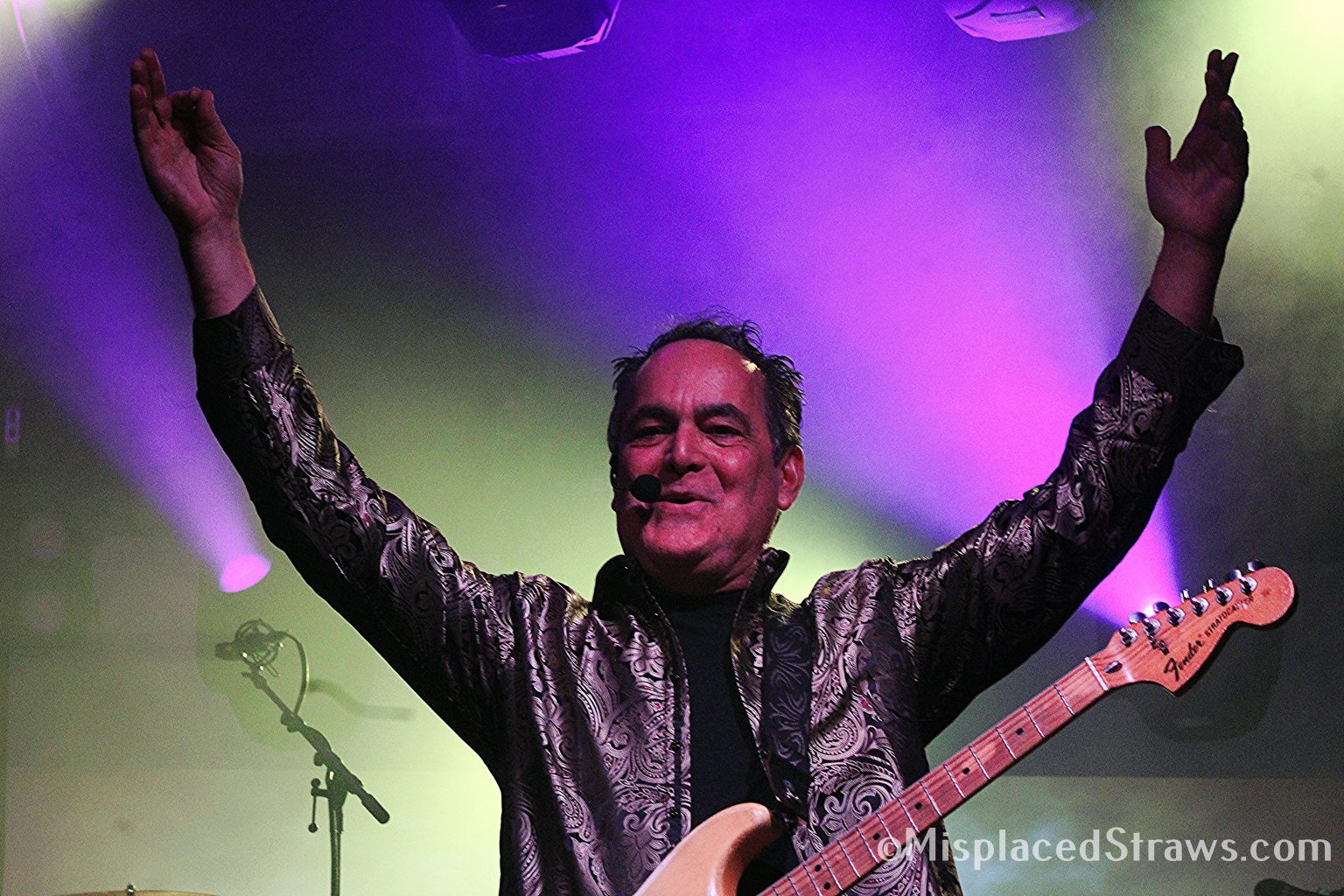 After having to reschedule their fall tour and being forced to cancel Canadian dates, the Neal Morse Band, NMB, made their long-awaited debut in Albany, NY. During the 2 1/2 hour set, drummer Mike Portnoy referred to the attendees as a “Ronnie James Dio crowd, small but mighty”. Even though the crowd at Empire Live was small, the band played as if they were owning the stage at the MVP Arena down the road.

Billed as “An Evening of Innocence & Danger”, it was not surprising that the bulk of the evening focused on NMB’s incredible 2021 release Innocence & Danger. For those that follow this site regularly, you will know that Innocence & Danger came in at the number one spot on the MisplacedStraws Best of 2021, so needless to say I was very excited to hear the record performed live, and the band didn’t disappoint.

The five musicians that make up the NMB, Neal Morse (vocals, guitar, keys), Mike Portnoy (drums, vocals), Randy George (bass, vocals), Eric Gillette (guitar, vocals), and Bill Hubauer (keys, vocals, guitar), blend seamlessly into a single voice that creates an emotional impact on each song that never once waivers. That emotion is illustrated by the pure joy on Morse’s face each time he watches another band member in the spotlight.

Beginning with the extraordinary “Do It All Again”, NMB took the audience on a remarkable trip through Innocence & Danger. While Morse and Portnoy may be the “stars” of the band, it is quickly established that Gillette and Hubauer are the unsung heroes. Gillette’s soaring guitar and simultaneously delicate and powerful vocals stole the night.

The “Innocence” portion of the evening consists of the tracks that make up the first disc of the 2 disc release, the relatively shorter tracks. While the band skipped “Not Afraid, Pt. 1” and “Emergence” they did include their truly beautiful cover of Simon & Garfunkle’s “Bridge Over Troubled Water”. Watching this extraordinary group of musicians transform that track into a powerful, swelling piece of prog rock art is a nearly religious experience that in itself is worth the price of admission.

As the audience began to catch its collective breath after “Bridge”, the band, except George, came to the front of the stage as Portnoy and Morse addressed the crowd. The band prepared to play the sublime “Waterfall” from its 2015 debut, The Grand Experiment, which Morse dedicated to all those lost from Covid.

Next came the “Danger” portion of the show, the epics. The two epic tracks, “Not Afraid, Pt. 2” and “Beyond the Years” are where this band truly excels. Watching them work their way through these two massive songs has to be what it was like watching Michelangelo paint the Sistine Chaple…artists at the peak of their talents creating something no one else possibly could.

The encore, although only NMB and Bruce Springsteen would consider six songs and 30+ minutes to be an encore, saw the band reach back to its previous two records, Similitude of a Dream and The Great Adventure, for a selection of songs that changed the emotion of the night into pure raucous, rocking joy. The band felt looser during this section and the crowd responded, singing along loudly and cheering every song.

The pairing of “The Great Adventure” into “A Love That Never Dies” was the perfect way to end a perfect night of music. There aren’t many bands that can take the massiveness of a record like Innocence & Danger and bring it to the stage without missing a beat, but then again, there aren’t many bands like NMB.