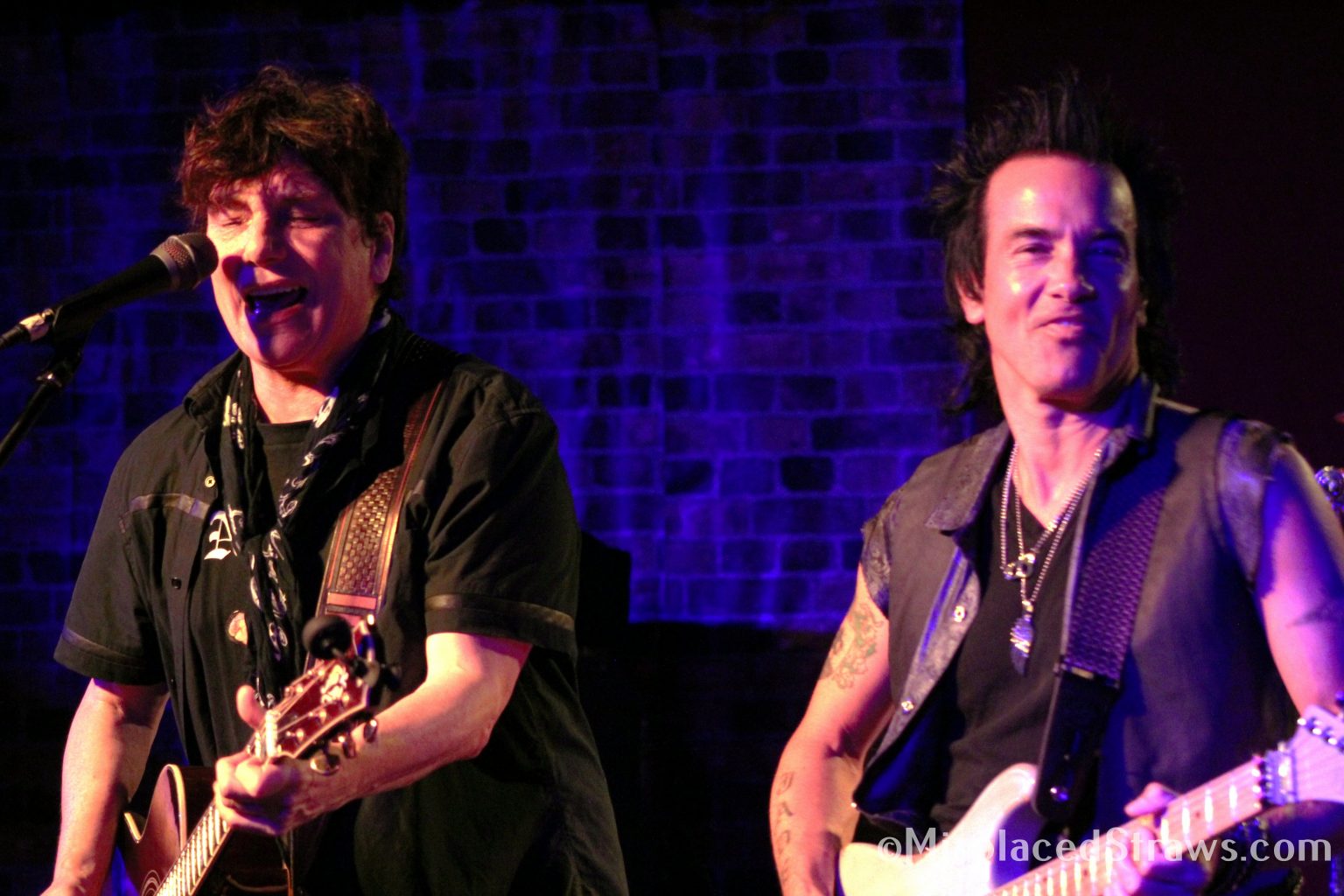 On a warm summer Friday night in Rochester, NY we saw both the devastating effects of the ongoing pandemic and, thanks to Eric Martin and his band, the healing powers of Rock & Roll.

Normally, a great band playing a show on a summer Friday night would mean a packed house. But thanks to the pandemic and accompanying confusion over rules (proof of vaccination was needed, then wasn’t) and a last-minute change requiring masks to be worn throughout the night (except when drinking, and it is a bar after all) it was a sparse, partially masked crowd in the room when the Mr. Big frontman and his all-star band took the stage.

While the crowd may not have been the size it should have been, the band played as if it was in a filled stadium. Martin made a few comments about the size of the crowd but didn’t let it affect his performance. After more than 40 years in the business, his voice is still as pristine as always.

While this was billed as an Eric Martin show, he is wise enough and secure enough, to let his band shine just as bright. Martin’s band is made up of Trixter bandmates Steve Brown (guitar) and PJ Farley (bass) and former ZO2 member, author, and Broadway musician Joey Cassata on drums. Brown and Farley each take time on the mic for Trixter hits (“Tattoos & Misery”, “One In A Million”, “Give It To Me Good”) as well as a track from Farley’s solo career (“You’d Stick Out”). Considering it would have been easy for Martin to fill a nearly 90 minute set with Mr. Big tracks and his solo work, it says a lot that he lets his band members share the spotlight. When not the frontman, Martin played acoustic guitar, sang background, and even picked up the bass for a song.

With the future of Mr. Big up in the air, catching Eric Martin is currently the only way to hear these classic tracks. Of course, most of the hits are there but Martin also digs deep into the band’s catalog with tracks like “Superfantastic” and “Dancing With My Devils” from the brief Richie Kotzen period and criminally underplayed “Fragile”. The band was more than up to the task to handle the challenging Mr. Big tracks, but Martin’s biggest compliment was reserved for drummer Cassata. During the drum opening to the 1996 Hey Man track “Take Cover”, he looked to Cassata and mention that late Mr. Big drummer Pat Torpey would be proud.

Although Mr. Big’s seminal record, Lean Into It, is celebrating its 30th anniversary this year, Martin didn’t acknowledge the occasion. Four tracks from the landmark record (“Daddy, Brother, Lover, Little Boy”, “Just Take My Heart”, “To Be With You”, and “Road To Ruin”) were played, but Martin touched on all eras of that band’s career.

While the pandemic may have had an impact on the crowd, it certainly didn’t impact the performance of Eric Martin and his band. Martin, Brown, Farley, and Cassata deserve to be recognized for getting out there and bringing us the rock & roll we’ve all missed the past 18 months. Hopefully, as things eventually get under control, venues like the Montage Music Hall that bring music to cities across the country and bands like this that hit the road in vans because they love taking the stage and playing for all of us will see the crowds and receptions that were there before the Earth stood still.

Everybody Needs a Little Trouble
Daddy, Brother, Lover, Little Boy (The Electric Drill Song)
Alive and Kickin’
Tattoos & Misery
Wild World
Fragile
One in a Million
You’d Stick Out
Shine
Superfantastic
Take Cover
Just Take My Heart
Road to Ruin
To Be With You
Give it to Me Good
Dancin’ with My Devils