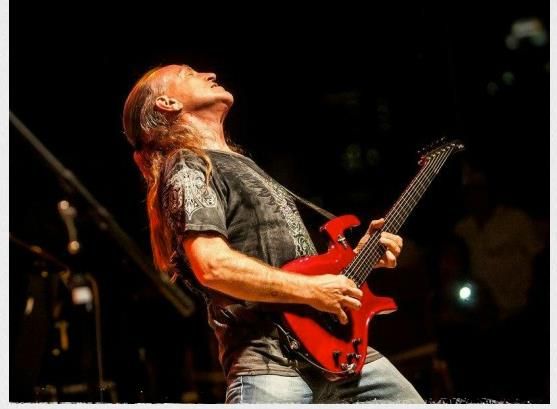 Few bands define an era quite like Grand Funk Railroad.  One of the biggest American rock bands of the ’70s, GFR was led by the incredible guitar, outstanding voice, and, yes, “the wild, shirtless lyrics” (thank you Homer Simpson) of Mark Farner.  Mark’s time with Grand Funk ended in the ’90s, but he’s still on the road today with his solo band.  He is about to release a live DVD called From Chile With Love and took some time to talk about it and his career.

Please press the PLAY icon below for the MisplacedStraws.com Conversation with Mark Farner –

On the shows that were recorded for the DVD – Yeah, it’s in Santiago, Chile at Teatro Caupolican. That was a theater in the round that just lent itself to a great evening and the excitement of the audience and the emotional waves that hit that stage. Wow. And it’s all captured. You can hear the audience, they overcome the PA with their volume. It’s just awesome. Sixteen recorded tracks, performance tracks, two bonus videos, and five bonus songs for 14 99 such a deal…Pre-orders will be signed by yours truly.  My wife Lisa and I take $3 from every DVD sold and we give it to Veterans Support Foundation, which is an organization that helps veterans returning from the wars get on their feet, to adapt back into civilian life, to have somebody to advocate for them to get what they have coming for putting in their time. I’d like to give an 800 number. If somebody knows a vet that needs help or a vet sleeping on the street give him this number. It’s 800-882-1316. That is a toll-free 800-882 1316. Veterans Support Foundation. :51