By Jeff GaudiosiApril 13, 2020Updated:May 29, 2021No Comments6 Mins Read
Share
Facebook Twitter LinkedIn Pinterest Email
The ability to write a great song is a talent that not many people possess.  John Boegehold has made a career out of writing great, melodic progressive rock songs.  John made his name writing and collaborating with Spock’s Beard, starting with 2003’s Feel Euphoria, and now has combined with current and former members of that legendary band to form Pattern-Seeking Animals.  In PSA he not only writes but plays keyboards as well.  The band is about to release its second record, Prehensile Tales in May.  John recently took a few moments to talk about the upcoming record and look back on his career.
Please press the PLAY icon below for my conversation with John Boegehold:
On the origin of the new songs – They’re all fresh. I didn’t start any of these until after the last one was turned in to the label. Like any writer, I have some ideas around, like a riff here or a lyric thing here or there, which I built from. And maybe I had like a minute of one of the tunes sights started messing with. But essentially, they’re all from scratch. Nothing pre-existing. 1:28

On his songwriting process – It varies from song to song. A lot of times I’ll just have a title, just some working title just to distinguish it from other songs I’m working on on my computer. Some just random title. And then as I start to get to the point where I’m writing the lyrics, I’m thinking, I’ll start writing around that title. And then most of the time that title will change, because I think of something else I wanted to say in the song. Then I go back and look at it and think, well, that title now has nothing to do with these lyrics. “Here In My Autumn” had several variations of that title, all meaning the same thing. Just variations, I eventually settled on that one because a lot of times I get to the point where I think, okay, I have to write, you know, vocal and melodies. And I’m thinking, well, sometimes the titles don’t sing too well and I thought it might be better if I had this word in there or whatever. But generally, if I’m writing a song about something, the title usually sticks. But a lot of times it’s more imagery or different things or that song, it changes to make it more compelling and more interesting. 2:18

Here In My Autumn
On writing the new record – The first song I wrote was “Lifeboat”, the epic. And from there, even though it started out to be a short song, it ended up being like 18 or 17-and-a-half minutes, whatever. And from there, I thought, OK, now that I’ve written this one, let me start writing another song and I write another song to make it seems like it would fit on the same album. I just went with that and if I would start writing something after that that started sounding too much like another one, I’d jettison that one. But as far as styles, I didn’t really have any borders that I was trying to work within to write a certain thing. It’s just if it sounds good and it felt good. It sounds like it came from the same group, whatever. I just went with it. You know, there’s nothing like, oh, that’s kind of a spaghetti western vibe. I can’t go in that in a prog record. It was just whatever sounded good at the time.  If it was a good song I went with it. 6:34 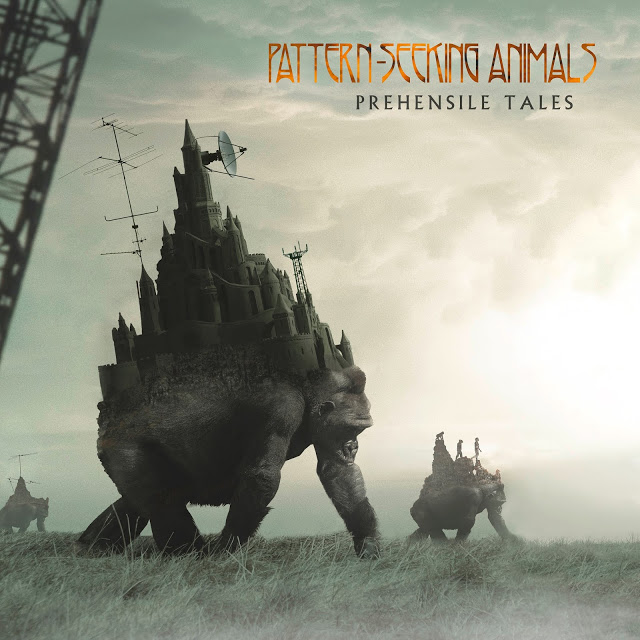 On his connection with Spock’s Beard – It actually started…when I met Al (Morse) and Neal (Morse) like in the early 80s,. I was in a band and I was playing bass at the time and the drummer in the band, who was my roommate at the time, was also in a band with Al and Neal, a band called Casanova. And it’s a kind of Styx kind of thing they were real good, I liked that band. And, you know, at one point we lost a guitar player, he moved or I don’t even remember. And we had some studio time booked, it was a no refund thing. So we have to go in. So we called Al up, hey, you want to come and play on some, stuff? Once he came in and saved the day, so I met him then. And then later around the mid-80s, I was playing bass and we kept losing guitar players, we just couldn’t hold them. We went to five or six and I find that it’ll be easier because I played some basic guitar, enough to get by. I’ll just start playing guitar and then we’ll get another bass player and eventually we’ll get a lead guitar player or something. We’re just experimenting. And that’s when we found Dave. He played in another band with someone I knew. So he joined the band then.  He’s been the main bass player I’ve ever worked with. So you have known those guys since the early mid-eighties. 7:47

No One Ever Died and Made Me King
On where his writing focus is now – Now when I’m writing, I’m only writing for Pattern-Seeking Animals. I’ve been spending some of this time locked down already I’m writing album number three. I got a bunch of material already working on that. And I just can’t see writing for Spock’s or anyone else at this point only because this is my main music and Spock’s is like a side project for me. But, you know, someone has asked me just the other day and I’m thinking, well, let’s say, Spock’s or some other band, ask me to write something for him and I would start writing it and if it was turning out really cool, I’d be thinking, oh, wait a second, yeah, I want that on my record. This is really good. And also, it’s after you start writing and you’re able to write material without anyone saying what type of style it is within a certain type of style. And you have to keep within the keep within the lines of another group, it’s real tough to go back to having to do that. 12:52 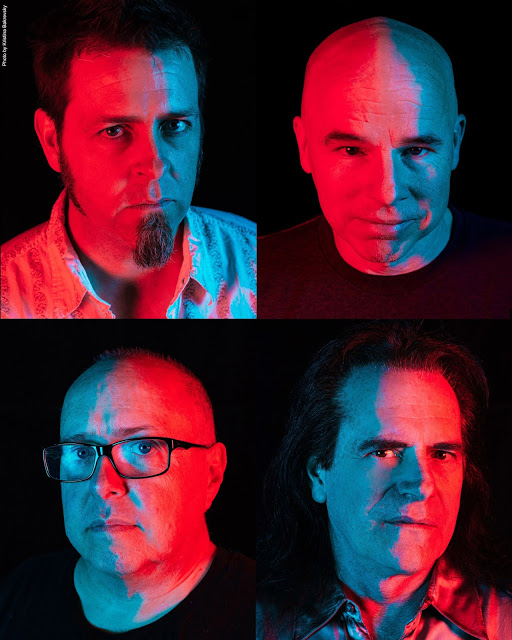 On the band’s touring plans – That’s always been the goal. And we were ramping up to do the RosFest Festival. But the problem is, right now, it’s real tough. If someone can say absolutely everything is gonna be opened up just the same as it was, November 1st of 2020, then you can start planning. But no one knows. Even if the virus would be wiped off the face of the earth tomorrow, and you don’t know which clubs are coming back. You don’t know which festival is going to be able to come up with the money to do it. You don’t know if mentally everyone’s gonna be great about hopping on a plane. You don’t know what it’s gonna be like getting Visas from bands who are in other countries where it’s all. It was already tough. 15:41