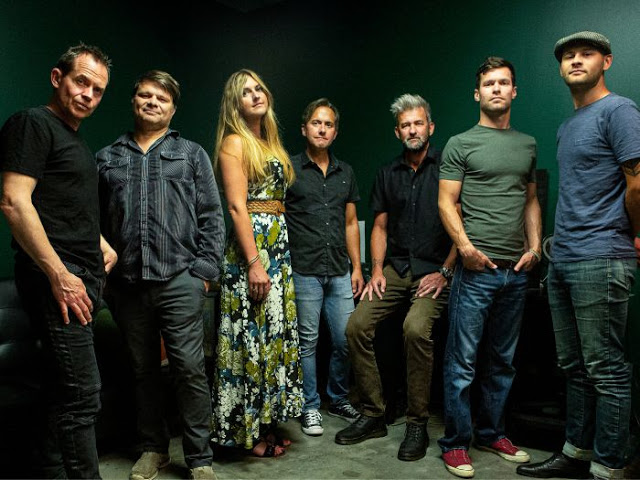 A Conversation with The Verve Pipe Singer Brian Vander Ark

By Jeff GaudiosiMarch 9, 2020Updated:May 29, 2021No Comments5 Mins Read
Share
Facebook Twitter LinkedIn Pinterest Email
Some bands are content to live in the past.  They survive by the formula of touring each summer, playing a 30 minute, hits-filled set with a bunch of similar bands.  The Verve Pipe has never been one of those bands.  They were alt radio mainstays in the late 1990’s and early 2000’s with hits like “The Freshmen”, “Photograph”, and “Colorful” from the soundtrack to Rock Star.  After a brief hiatus, front man Brian Vander Ark came back with a new lineup, strong new music and hit the road playing songs from throughout the band’s career. As The Verve Pipe  gear up for a spring US tour and the release of a new record, Brian took some time to talk about all of that and more.
Please press the PLAY icon below for the MisplacedStraws.com Conversation with Brian Vander Ark:
On touring the East Coast – (The East Coast) is definitely a sweet spot outside of our own home area, the Midwest.  The East Coast has always been really good for us. And I think that says a lot about the people. They’re great music lovers and they’re very loyal. We disappeared for some years and then we came back a few years ago and the reaction has been phenomenal. 1:09

On the addition of vocalist Channing Lee to the band – Channing and I work on our vocalizing quite a bit.  We’ve written some new songs for the new record that really kind of embrace that in a Simon & Garfunkel-ish way. We try to get all the nuances and just write together and it’s been amazing to work with her. 3:00
“Wallflower”
On putting together a set list –We’re not the type of band to go out and play all the new stuff and then come back with an encore of “The Freshmen”, we never do that.  What we like to do is play “The Freshmen” in the middle of the set and “Photograph” in the middle of the set, so people that don’t want to stay for what sometimes can be a two-hour, two-and-a-half-hour show can go ahead and leave but the people that want to hear the new music and are appreciating those new songs stick around. 4:00
“I Can’t Get You Off My Mind”
On the new record – I think that  the band is becoming more and more eclectic. We put out an album in 1994 called Pop Smear and that really was all over the map. It was some heavy pop and some really light stuff, some happy stuff and very sad stuff. I feel like that’s where the band is again. We’re just creating for the sake of creating and no matter who comes up with a gem  of an idea of the song ,or the germ of a song, we’ll all embrace that and try to make it exactly what it is, not force it into what people think The Verve Pipe is. I think people that know the band will be a little surprised. So far the reaction to the new stuff has has been phenomenal, phenomenal enough for us to continue on this path and finish up the album. 5:00
“The Freshmen”
On lack of radio play for new music – Not having to write a hit song or a song for radio is very liberating and that means the sky’s the limit. We can do whatever we like and as long as the fans keep coming back, which seems they said they are, then I’m in a good space. 8:50
“Colorful”
On streaming music – We have four million streams of “The Freshmen” and for that I got a check for $200. I could sit there and go “I’m never writing songs again, forget it”. But if you look (at streaming as) a medium to get your music out there to be discovered and for people to come to your live shows then why not just embrace it and realize music is free. Once something is free you’re never going to be able to charge for it again. So let it go, move on and consider each song to be a little commercial for your band. A little advertisement for your band and who your band is and to try to get people out your live shows or to buy your other merchandise. That’s the key to the business of these days if you’re an independent band. 9:50
“Overboard”
On paid meet & greets – I guess I understand it from the business perspective, a band can go out and play a show that they might not normally be able to play. For instance, we haven’t played in California in a long time. It’s really difficult to play in California, you have to travel and get the band out there inexpensively that kind of thing.  I can understand for a  band like us to do that if we charge a couple hundred dollars for a meet & greet then we can afford to do it., that’s just not our style.  If you want to meet the band all you got to do is write on social media and  say “Hey, is there meet and greet available”, and we’ll  have somebody bring you back before it’s before the show. That’s just the way we like to do it. 13:40
Follow The Verve Pipe:
Facebook | Official | Twitter
Share. Facebook Twitter Tumblr Email