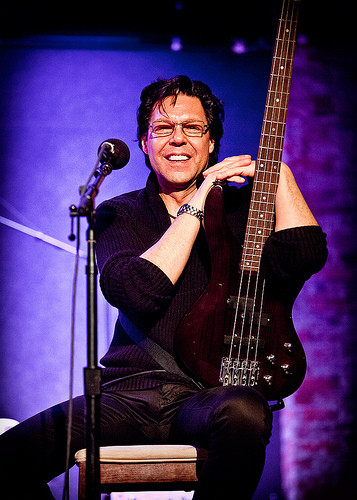 By Jeff GaudiosiFebruary 27, 2020Updated:May 29, 20213 Comments8 Mins Read
Share
Facebook Twitter LinkedIn Pinterest Email
Few musicians have had a career that can match Kasim Sulton.  From his early days with Utopia and Todd Rundgren to playing on such classic records as Meat Loaf’s Bat Out of Hell, Joan Jett’s Up Your Ally and Patti Smith’s Dream Of Life, Kasim Sulton has left an indelible mark on rock n’ roll.  He is about to kick off a US tour under the name Kasim Sulton’s Utopia and took some time to talk before hitting the road.
Please press PLAY below to listen to the MisplacedStraws Conversation with Kasim Sulton:
On who is in this touring version of Utopia – I have a great drummer by the name of Andy Ascolese that I’ve been working with for the past 3 or 4 years on my solo shows. In 2018 Utopia did a short tour together and unfortunately, though the original member Ralph Schuckett came ill and had health concerns and he wound up not joining us on the road and we had to scramble at the last minute to find a replacement and we found this guy who was absolutely, could not have been a better choice, his name is Gil Assayas, he is from Israel and originally and moved to Portland 3 years ago. (He) plays synthesizer on the Portland music scene and has become the golden child in the Todd Rundgren house he’s just great, he’s with me. A guitar player by the name of Bruce McDaniels who plays with Ed Palermo’s big band. He has guitar duties while Jesse (Gress) recovers from a really bad pneumonia.  Jesse Gress used to do that this gig and Bruce is filling in for Jesse. So that’s the line-up, it’s just the 4 man band and it’s a pretty powerful sounding band. :40

On whether or not Todd Rundgren supports him using the Utopia name: The whole thing is that Todd always has so many projects that he’s working on and so many things that he’s doing I don’t think that he can really be focused on what Kasim Sulton is doing because he’s just focused on so many other projects. So it’s not that he doesn’t care but instead, it’s “Well that’s good, if that’s what you wanted to do, ahead and do it”.  I managed to become a fixture in the band over the 10 years that I was there and it became a democracy in the time that I was in the band. So I think that as much as it was something, a project that was started by Todd and nurtured by Todd it became something that was kind of the owned by the 4 members when I was in the band, myself Roger Powell, Willie Wilcox, and Todd and it really became a democracy so it just made sense for me to do this.3:33
Winter Tour Promo video
On getting his start in New York during the early 70s – I mean it was a fantastic time. We never really realized what the impact of what you’re involved in it is going to have 10, 12, 15 years down the road 20 years, 30 years down the road. So while we’re in the midst of it I remember Patti Smith was just starting out then, Debbie Harry was just starting out. You had bands like Tuff Darts which was like a really original punk band in the early seventies and Another Pretty Face which was a David Bowie tribute band that the lead singer was just amazing. We used to go to places like Club 82 and Gildersleeves down on the Lower East Side and of course, Max’s Kansas City. The amount of fresh music at that time, live music and recorded music that was being played in Manhattan, it was phenomenal it was certainly a really, really special time to be around the music industry and music business. Back then it wasn’t a business. It was still all about the art. Sure you had to make a living but it wasn’t the music quote-unquote business that we have today. 7:00 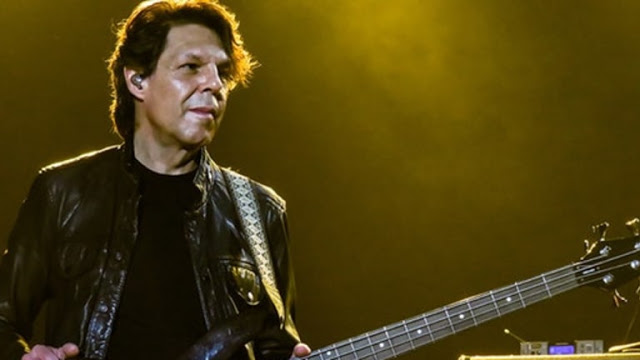 On playing bass on Bat Out of Hell – I’d been in (Utopia) for about 6 months, and this April will mark my 44th year I think since I joined the band, and I was living in West Hurley, which is just side of Woodstock New York.  Phone rang in the apartment that I was renting with Roger Powell and Todd said “You want to play bass on a record I’m producing” and I said “Sure, absolutely I’d like to” and he’s like “All right  be at the studio tomorrow at 1:00” and I said “Okay, but do you mind if I ask who’s the artist?” he says “A guy named Meat Loaf ” I said, “All right Todd, please don’t kid around you don’t really have to pull my leg or anything what’s the guy’s name?” He got really annoyed with me and he said “Just be at the studio at 1:00!” and we rehearsed all the material before we recorded it we had about a week and a half to 2 weeks of rehearsals. We did all the basic tracks of that record in about a week top to bottom we recorded it as a band, myself on bass, Todd on guitar Roy Bittan from the E. Street Band on piano and Max Weinberg on drums. 10:00 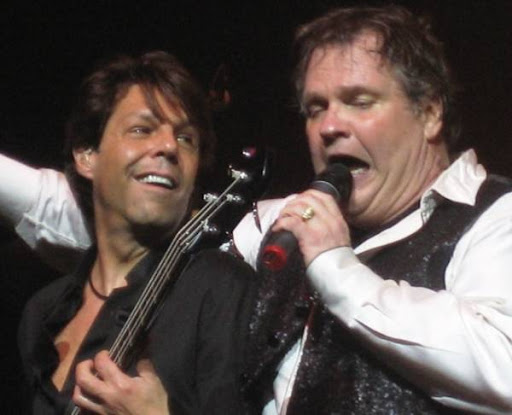 On his initial thoughts about Bat Out of Hell – I thought anything I thought I will never hear this record again. It was the first and last time I will hear these songs. It’s a funny thing the story that I’ve I’ve told a few times is we did the record in 1977 it came out in ’78, I’m a little fuzzy on dates. About a year after I recorded those basic tracks, about a year and a half after I recorded the basic tracks, I was driving in my car up to Woodstock from my folks house in Staten Island and listening to WNEW FM which the premiere radio station for new music in New York City and I hear on the radio this song that sounds oddly familiar I couldn’t place where I remember it. As I’m listening to it I said to myself, “Yeah yeah that’s the record I did a year and a half ago, that’s the guy Meat Loaf and Jim Steinman. Isn’t that great, they got the record on the radio, good for them that’s really sweet”. 46 million records later… 11:30
On what fans can expect on the upcoming tour – I do a couple of songs that had not been performed live before. I do a couple of songs from the Deface The Music. or one in particular that that has not been performed live. I also don’t limit my set to just the songs that I sang, but I also do songs that Roger sang and Willie and Todd sang too so I kind of try to mix it up as best as possible and not narrow my set down to just songs that I did. 13:40

On recording new music –  I just completed a new record, a solo record, that I’m planning on releasing in the summer. I will get that out probably sometime maybe like in August and I will tour behind it in September and October. 14:45 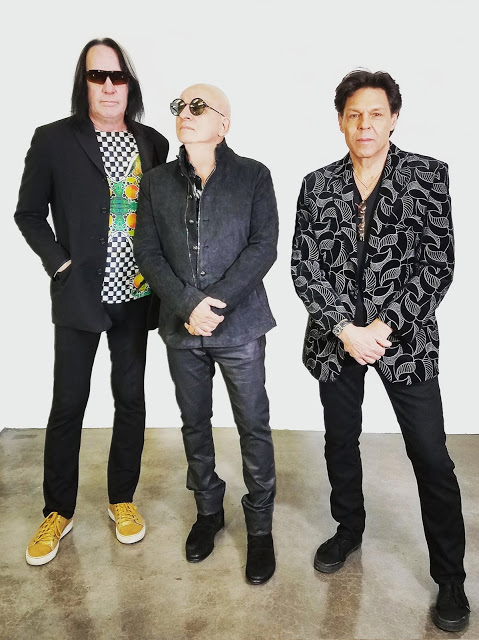 On the Rock N’ Roll Hall of Fame and Todd Rundgren’s place in it – I really don’t want to disparage anyone who has made it into the Hall of Fame. It’s certainly an accomplishment and it’s your career being recognized by a group of peers but however, it does say “Rock N’ Roll” and, forgive me, but I don’t think Whitney Houston is rock and roll. I don’t think Madonna was rock and roll.  There are a lot of people that have been inducted that, in my opinion, are not real rock and roll, not rock artist and that’s okay, I guess that’s okay. I don’t see it being as an important accomplishment as just being adored by your fans and making music that lives on way past you do.  I’m sure (Todd will) wind up being inducted at some point. There are people that have been nominated 4 or 5 times before they actually get the vote in, His contribution to the music industry has just been too great for them to ignore him but they make you squirm a little bit. 16:15