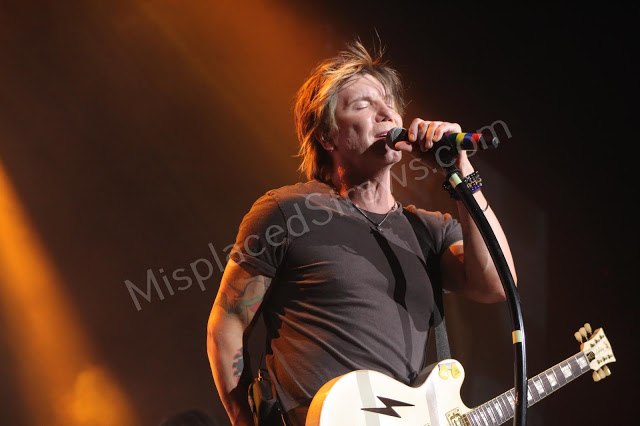 By Jeff GaudiosiAugust 12, 2019Updated:May 24, 2021No Comments5 Mins Read
Share
Facebook Twitter LinkedIn Pinterest Email
Summers are made for package tours, and very few have the muscle of the tour that pulled into Mohegan Sun Arena on August 11.  Both the Goo Goo Dolls and Train have headlined, and sold out, this very arena on their own within the past two years, so having both bands on one bill was sure to please the packed arena.

The Goo Goo Dolls took the stage first, after a brief set by opener Allen Stone.  In 2018 the band toured for the 20th Anniversary of the classic Dizzy Up The Girl lp and they have a new record, Miracle Pill, coming out in September, so this summer tour is a great way to gear up for the new album cycle and go out and play the hits.  That’s exactly what they did, a compact 15 song set that lasted just over an hour but was filled with Goo Goo Dolls classics. 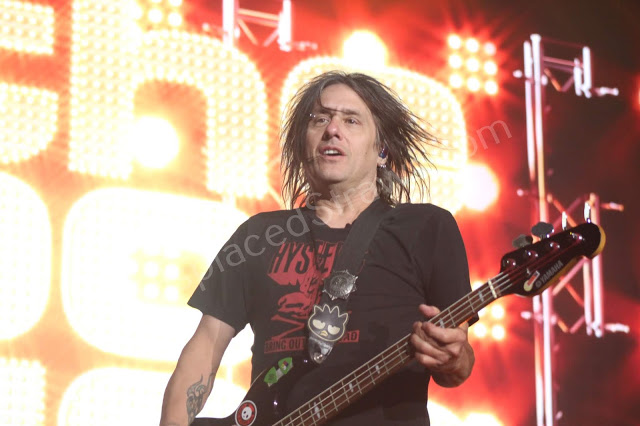 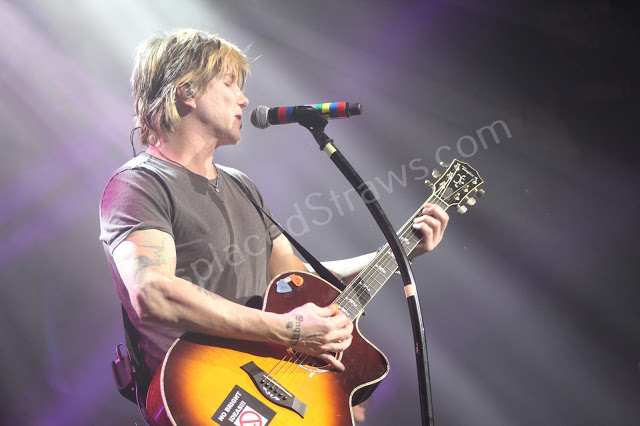 Beginning with 1995’s A Boy Named Goo, the night featured tracks from every record, even the title track to the upcoming Miracle Pill, with the exception of 2010’s Something For The Rest Of Us.  This led to a wide-ranging set that was sure to please the sold-out crowd.  While vocalist/guitarist Johnny Rzeznik handles the majority of lead vocals, bassist Robbie Takac, who was the original lead vocalist for the band in their early days, took the mic for two songs, “Free of Me” and “Bringing on the Light”. 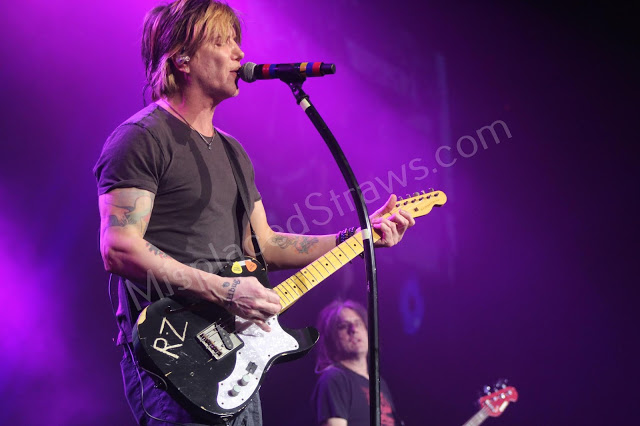 The Goo Goo Dolls always put on one of the most efficient shows you’ll ever see.  At times it can be nearly Ramones-like in the way they go from one song to the next, with Johnny having a different guitar for each song.  However, since becoming sober Rzeznik has begun taking more time to interact with the crowd, whether it’s leading the crowd through a sing-along on “So Alive” or beaming with pride as he showed a guitar that was freshly painted by their daughters earlier in the day.  Rzeznik and Takac are consummate rock stars that know how to work a crowd and keep the energy high using the entire stage, a great light show and giant video screens.  If this somewhat brief set is just a warm-up for the Miracle Pill tour then it looks to be another great year for this fantastic live band. 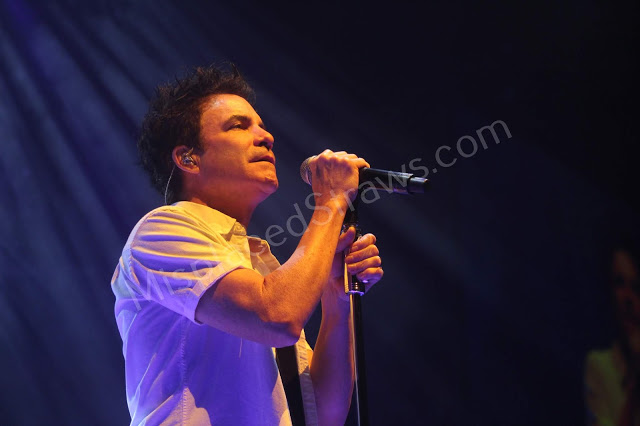 Train had the closing spot of the evening and came out with even a bigger set that the Goo Goo Dolls had.  The screen behind them extended up to the rafters and was used well by the band.  Much like the Goo Goo Dolls, Train is not on the road to promote a new record, their last release being 2018’s Greatest Hits.  This led to a relaxed, fun, highly energetic set of hits and a few choice covers that kept the crowd fully engaged. 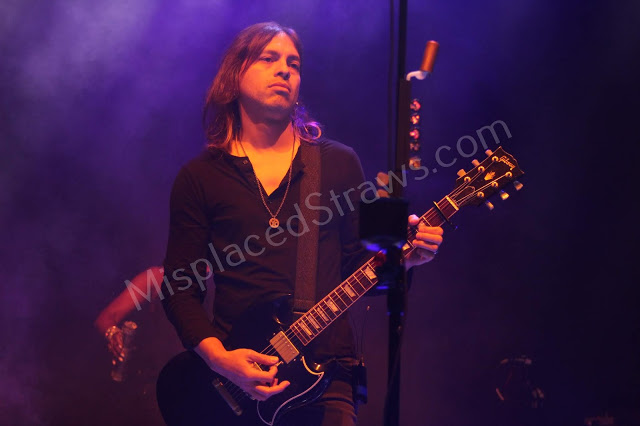 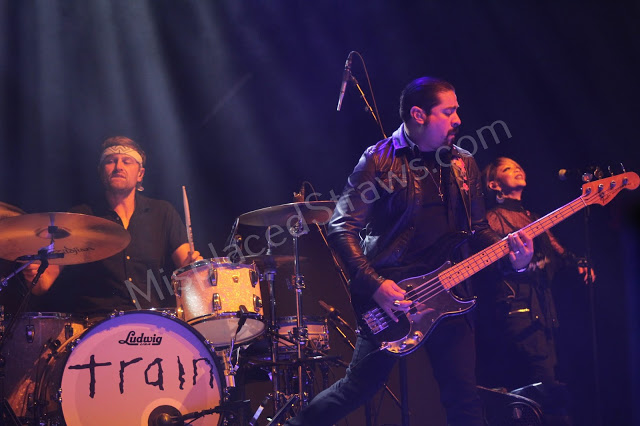 At this point in their career, Train is truly Pat Monahan’s band.  Only 2 members, bassist Hector Maldonado and keyboardist/guitarist Jerry Becker have been with the band since 2009. Vocalists Sakai Smith and Nikita Houston joined in 2012 while Connecticut native* and lead guitarist Luis Maldonado came aboard in 2016 and celebrated his homecoming show by putting on an amazing display of guitar work and vocals.  With members who haven’t been around for the majority of Train’s 20+ year career it would be easy for Monahan to let the band slide into the background, but he knows how good his bandmates are and gives all of them ample time to shine. Both Maldonado’s took the majority of vocals during a stunning version of the Queen/Bowie classic “Under Pressure” with Monahan just supplying background vocals. 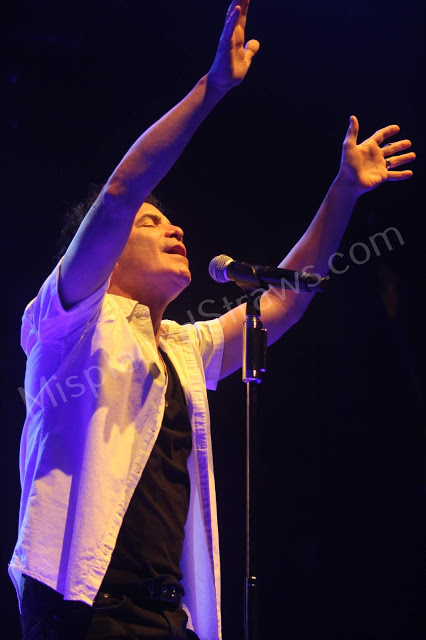 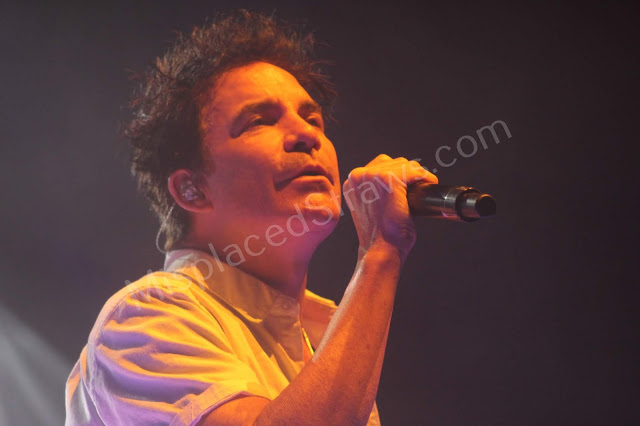 Always the showman, Monahan truly makes a Train show an interactive experience.  He took selfies as the first few rows threw their cell phones on the stage, tossed free tee shirts into the crowd and and took ample time to talk to the crowd, telling the stories behind some of the band’s biggest hits, such as “When I Look to the Sky”.  He also chose great covers that really fit his band.  In addition to “Under Pressure”, they also paid tribute to Tom Petty with “American Girl”, a verse of “Empire State of Mind” with opener Allen Stone (who also covered for Ashley Monroe on “Bruises”) and, in case you forgot that the man can sing anything, a blistering version of “Heartbreaker” as heard on the 2016 release Train Does Led Zeppelin II. 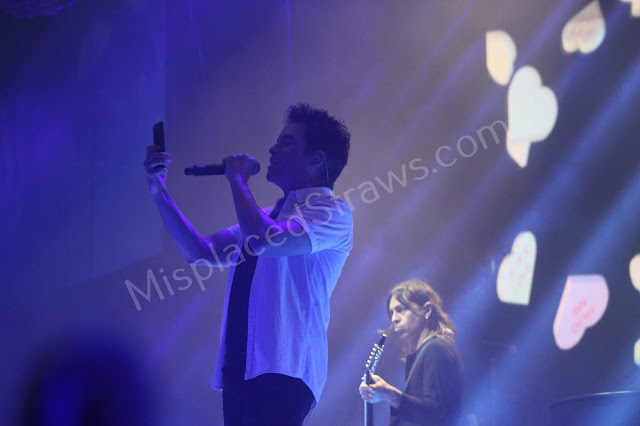 Overall, it’s the perfect summer package, two incredible live bands, each with 20+ years of hits having a great time on stage and giving the crowd exactly what they want…the hits!
* ok, now I’m in on the joke, Luis isn’t from CT, he actually hails from the Bay area!

Goo Goo Dolls Set:
Stay With You
Big Machine
Slide
Rebel Beat
Here Is Gone
Black Balloon
Free of Me
So Alive
Name
Miracle Pill
Bringing on the Light
Over and Over
Better Days
Iris
Broadway

Train Set:
Calling All Angels
50 Ways to Say Goodbye
If It’s Love
Get to Me
Save Me, San Francisco
Angel in Blue Jeans
Empire State of Mind (with Allen Stone)
Bruises (with Allen Stone)
Meet Virginia
American Girl
When I Look to the Sky
Marry Me
Under Pressure
Drive By
Hey, Soul Sister
Play That Song
Heartbreaker
Drops of Jupiter