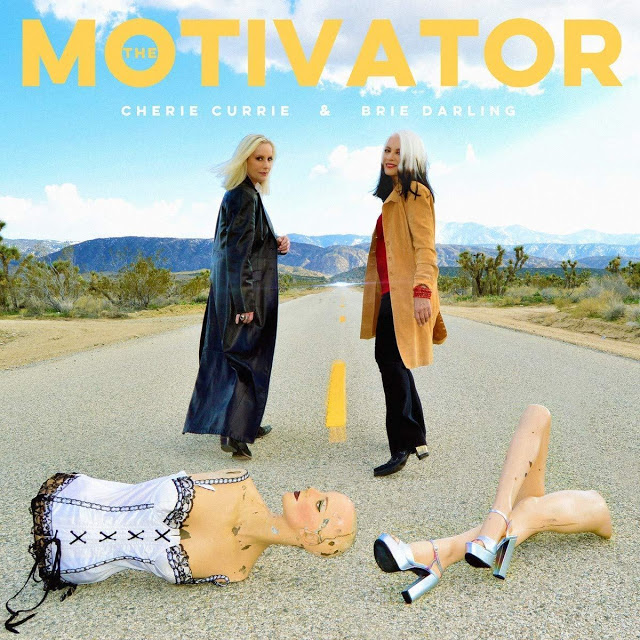 By Jeff GaudiosiAugust 8, 2019Updated:May 24, 20211 Comment4 Mins Read
Share
Facebook Twitter LinkedIn Pinterest Email
Every now and then a record comes out that just grabs you and makes you thing “Why hasn’t this happened before?”  The Motivator, a new release by groundbreaking artists Cherie Currie and Brie Darling is exactly that type of record.  I recently had the great opportunity to talk to both Cherie and Brie about this new album as well as their histories.

Both Currie and Darling broke through the male-dominated rock scene of the 70’s.  Darling was a member of Fanny, the first all-female rock band to sign a major label contract , a few years later Currie arrived on the scene as the iconic front woman for The Runaways. As their respective bands dissolved, both found success in other places.  Currie embarked on a solo career as well as becoming an author and finding success as an actress.  Darling went on to play percussion with such names as Jimmy Buffet and Robert Palmer.
Darling recently teamed up with Fanny bandmates June and Jean Millington for a project called Fanny Walked The Earth in which they enlisted a long list of female rockers who were influenced by the original Fanny.  One of those special guests was Cherie Currie.  Once Currie heard Darling’s voice a friendship started that led to this record. 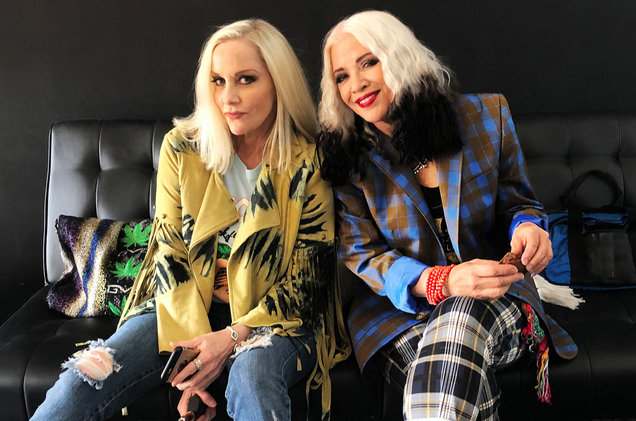 The Motivator was produced by Darling’s husband Dave Darling, but that’s not where the family connection ends.  Currie brought in her sister Sondra, her ex-husband Robert Hayes and friends such as actresses Susan Olsen and Allison Scagliotti to contribute.  While Dave Darling’s original vision was each singer would take half the tracks, Currie soon heard how well their voices worked together.  It’s this sense of openness creativity that makes this record work and showcases the amazing voices of these two powerful singers.
“Do It Again”
Another unique part of the record comes in the song choices and arrangements.  These are songs that you’ve never heard covered by women before and, in some cases, songs that aren’t the obvious choice from a band’s catalog.  For example, “Do It Again” is not an obvious Kinks cover choice but works perfectly in this version.  Other tracks, like The Hollies’ “He Ain’t Heavy” receive unique arrangements that make them stand out from the original version.  Currie wrote a counterpoint vocal part on the Hollies’ classic that Darling absolutely shines on and elevates the song, possibly even past the original.
“The Motivator”
Currie and Darling also include three new tracks on the collection that really showcase where their partnership will be heading.  Darling explained that these songs were written by the two women specifically for this project and show where both are now in their lives.  When I asked if this is a sign of more to come, both gave an enthusiastic yes.  A tour is being prepared for late fall into the winter and Darling said there will be more records coming up, again a mix of their original songs and covers.
“Get Together”
While Darling recently reunited with her former bandmates in Fanny, I asked Currie about the possibility of her band, The Runaways, ever playing together again.  She was very adamant that she is done with that chapter of her life.  Currie has been the keeper of the band’s history, writing the definitive books (including the book the 2010 movie was based on) and is the only member to have played with all of the other former members in their solo careers.  She doesn’t see a time when all members can put aside differences and play together.
The Motivator is available now in digital and physical formats and keep an eye out for these two extraordinary women on the road this fall.
Share. Facebook Twitter Tumblr Email