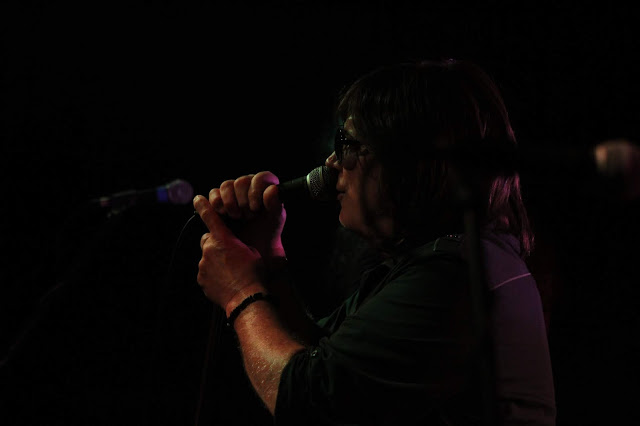 By Jeff GaudiosiJuly 26, 2019Updated:May 29, 2021No Comments4 Mins Read
Share
Facebook Twitter LinkedIn Pinterest Email
House of Lords has remained relatively quiet since releasing it’s 11th studio record, Saint of the Lost Souls, in 2017 but that silence was broken in a big way at a small club in Bristol, CT on July 25.  The band, led by original vocalist James Christian, played what is essentially a home-town gig as  a warm up for  its headlining spot at the Rock and Food Trucks Festival in Topeka, KS.
Christian and company took the stage to the title track of their 2008 release Come To My Kingdom which really set the tone for the night ahead.  This may be a band that made it’s name in the late 80’s but they are very much of the moment.  Ten of the fifteen songs came from records released after 2006.  I had the opportunity to sit with James Christian after the show and he is very proud that House of Lords isn’t a band that just rests on its hits from 30 years ago but instead still puts out contemporary new music that resonates with the fans.

The band, as always, was in fine form.  Jimi Bell, Christian’s partner in crime on guitar since 2005, continued to amaze with his seemingly effortless playing and blinding speed.  Chris Tristram has been holding down the bass spot since 2016 and guest drummer Johansson rounded out the band.  On record the band has traditionally used a keyboard player, those parts, as well as some doubling of Christian’s vocal, seemed to be played on backing tracks but it did nothing to take away from the sheer talent of the band.
In addition to mining it’s recent catalog, the band also went back to those early records for hits the casual fan expected.  Five songs into the set Christian introduced the Stan Bush penned “Love Don’t Lie” from the 1989 self-titled debut.  The other hits from that classic debut, “I Wanna Be Loved” and “Pleasure Palace” were also played to very loud applause.  Two tracks from the 1991 sophomore release, the title track “Sahara” and their biggest hit, a cover of the Blind Faith classic “Can’t Find My Way Home”, rounded out the early material.  The latter saw Christian on acoustic guitar while Bell delivered one of his many amazing solos throughout the night. 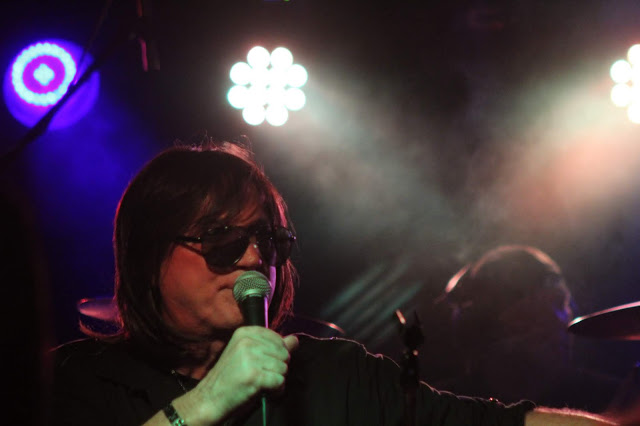 While the crowd may not have been as familiar with some of the deeper cuts the band really sold the songs.  It was a high energy performance that kept the crowd engaged long into the late night.  As they reached the traditional end of the set, Christian addressed the crowd and mentioned that they wanted to try a couple songs they’ve never played before in preparation for the weekend’s festival show.  They then treated the crowd to the live premiers of “100 mph”  from the 2015 release Indestructible and “Blood”  off of Big Money from 2011.
Perhaps the biggest news of the night, however, came during my conversation with Christian after the show.  He confirmed that House of Lords will release a new record in early 2020 that is tentatively titled Chemical Rush. The vocalist also says that the band will gear up for a major tour to promote the record.  If the 2020 tour features a set list and performance any like tonight’s then it is one that is not to be missed!
Press Play below to hear my full conversation with James Christian:
Set List:
Come To My Kingdom
Rock Bottom
Big Money
Go To Hell
Love Don’t Lie
Battle
Cartesian Dreams
I’m Free
Drum solo
These Are The Times
Can’t Find My Way Home
Sahara
I Want To Be Loved
Guitar solo
Pleasure Palace
100 mph
Blood
Share. Facebook Twitter Tumblr Email