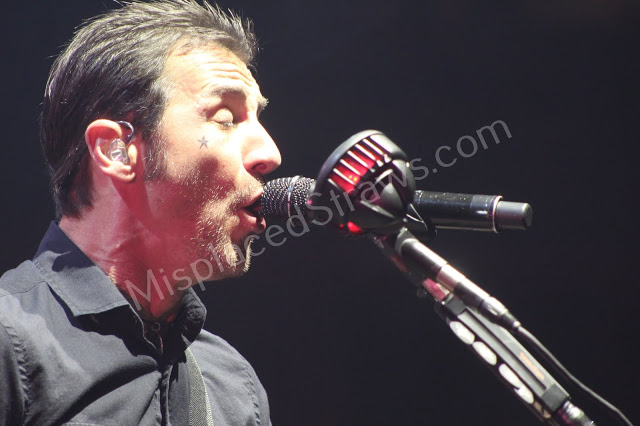 “When ashes fall, the legends rise”. The chorus of the title track of the current Godsmack release and the opening number on their current tour pretty much sums up the live Godsmack experience.  There was a lot of talk in the last few years about rock being dead. While mainstream media may be buying into that thought the truth is there are more new, young rock bands on the scene now than we’ve seen in many years.  Even with all of the great young bands, the genre still needs bigger, established bands that can fill arenas and sell records.  Godsmack has proven that they can to both and on this night they staked their claim as the veteran leadership missing in hard rock. 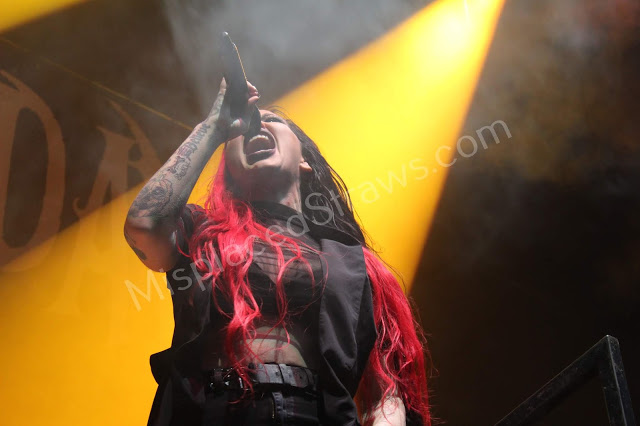 The night began with a 45 minute set from Anaheim’s New Years Day led by the charismatic Ash Costello and a somewhat revolving cast of musicians.  It was typical, down-tuned hard rock that didn’t really stand out from others in the genre. 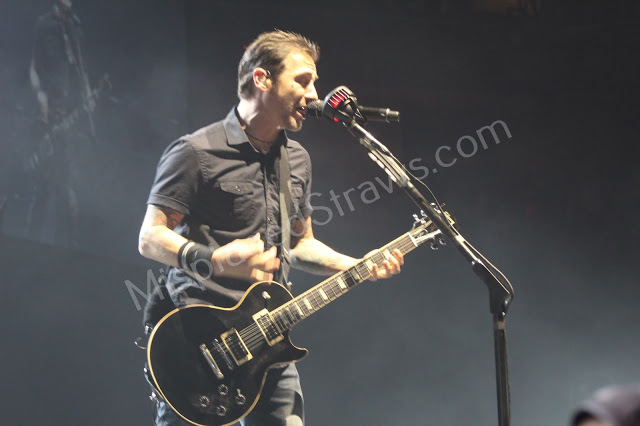 Following a short break, Godsmack took  the stage and launched into the blistering title track, and the tour’s namesake, “When Legends Rise”.  Immediately the packed arena was on its feet.  There wasn’t an empty space to be found in Mohegan Sun Arena.  The floor was general admission and filled front to back and side to side and every seat in the bowl was taken.  Not many bands can fill an arena to that type of capacity but Godsmack proved they could.  The crowd itself was very diverse in age.  There were the diehards  who have been on the entire 20+ year journey with the band as well as  kids who were here for their chance to see the Boston legends live. 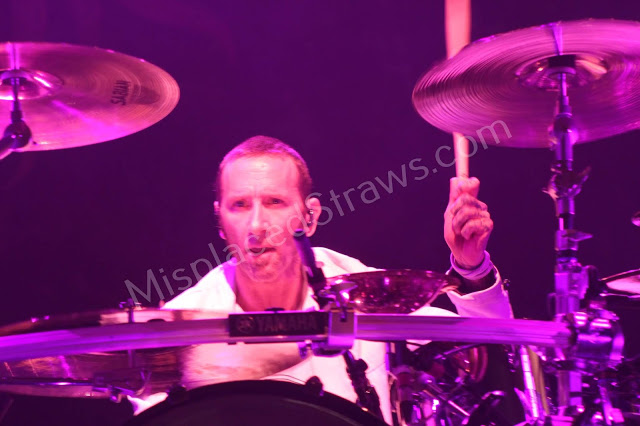 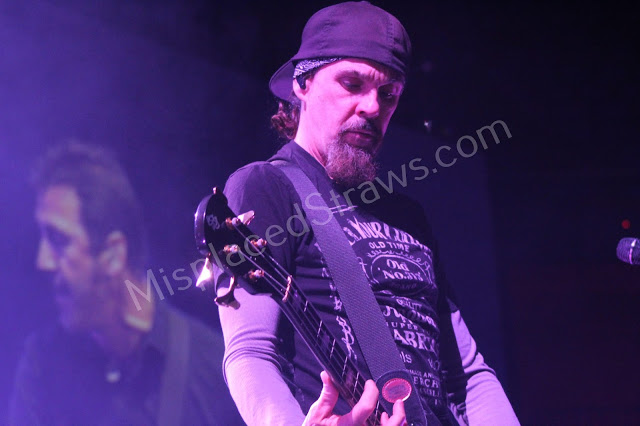 The show, and the band itself, was a throwback to the big rock shows of the 80’s and 90’s.  There were lights and explosions but for the most part the music was the draw, not screens and props.  At one point frontman Sully Erna reminisced about how he remembers what a rock show looked like and felt like, for this night, he and bandmates Robbie Marrill (bass), Tony  Rombola (guitar) and Shannon Larkin (drums), transported the crowd back to a time when sold out arena rock shows were the norm, including spontaneous mosh pits on the floor .  This throwback feel also extends to how the band is promoting the current record.  When Legends Rise was released over a year ago and the band is still touring hard for it.  They also are still releasing singles from it, like the recent #1 “Under Your Scars”.  An unusual strategy in a world where 4 and 5 songs are put out prior to the album release then the album is forgotten soon after. 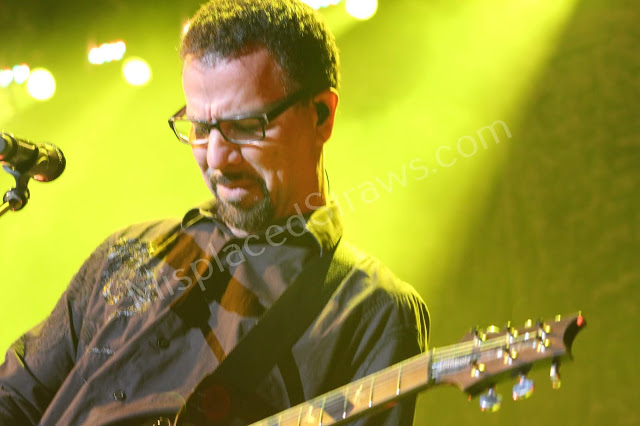 The set was heavy on new material but the crowd embraced it.  The set nearly 2 hour set did feature all of the bands hits, touching on every release with the exceptions of 2006’s IV and 2010’s The Oracle. A cover of  The Beatles “Come Together” was also added into the encore. The night did slow down a bit for the overly long “Batalla des los Tambores” where Erna joined Larkin on a twin revolving drum kits.  While it was cool to see Erna handle the drum kit, it just went on a little too long. 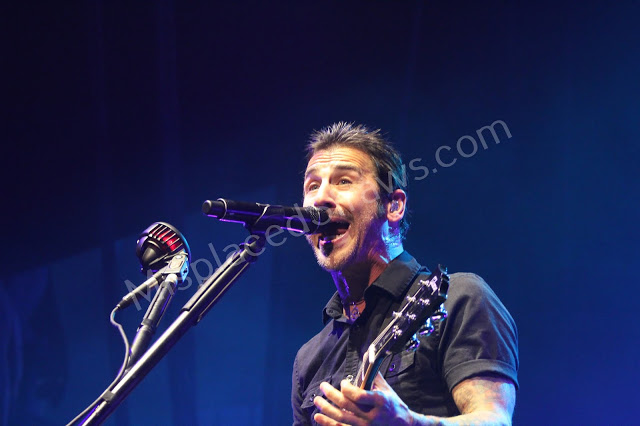 The band itself was full of energy and fed off the crowd.  More than once, Erna claimed this as a “home town show” as Mohegan Sun isn’t all that far from Boston.  However there were quite a few times he referred to the area as Boston.  After a handful of times it did begin to take on a “Hello Cleveland” feel. 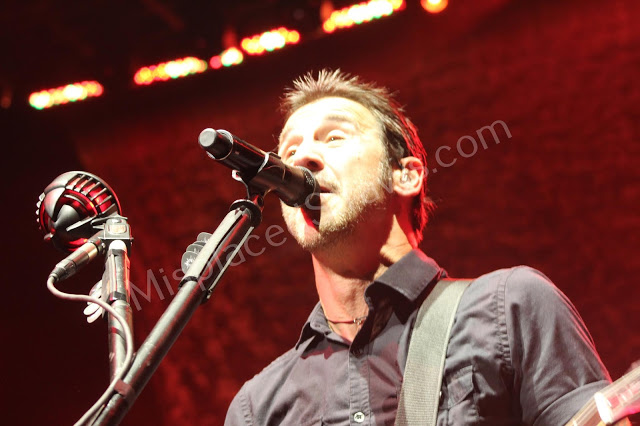 With sold out shows and number 1 songs, Godsmack has shown that they are ready and willing to take the title as hard rock’s top band and 20+ years into their career they show no signs of slowing down. After a brief run of festival appearances and a short break Godsmack will be back on the road in the fall with a run of dates supported by Halestorm.
Set list:
When Legends Rise
1000hp
Say My Name
Someday
Voodoo
Unforgettable
Awake
Take It to the Edge
Something Different
Keep Away
Batalla de los tambores
Whatever
Encore:
Under Your Scars
Bulletproof
Come Together
I Stand Alone
Share. Facebook Twitter Tumblr Email