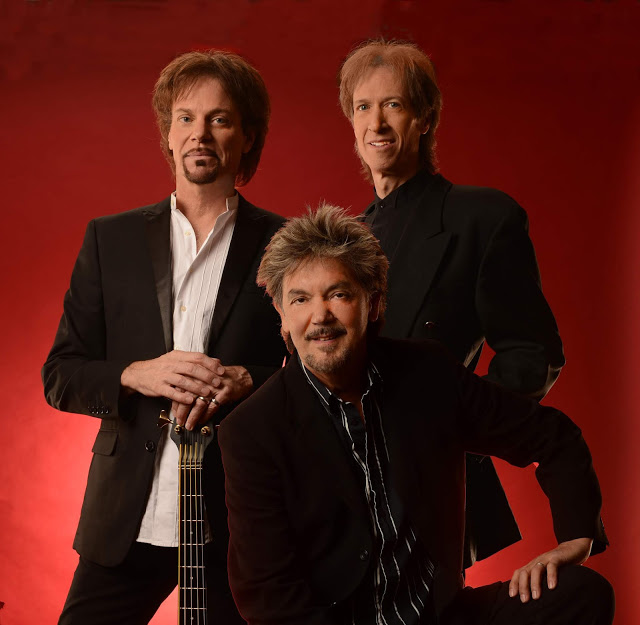 By Jeff GaudiosiJuly 17, 2019Updated:May 29, 2021No Comments7 Mins Read
Share
Facebook Twitter LinkedIn Pinterest Email
Gary Pihl is truly one of the unsung heroes of rock.  Coming out of the same San Francisco scene that gave us Sammy Hagar,  Night Ranger and Greg Kihn, Pihl has gone on to play on some of rocks biggest records.  You can hear Pihl’s playing all over Hagar classics like “There’s Only One Way To Rock”, “Heavy Metal”, “I Can’t Drive 55” and so much more.  He’s been on every Boston record and tour since Third Stage in 1986 and now he’s back with his band Alliance, featuring Hagar drummer David Lauser and bassist/keyboardist/vocalist Robert Berry, and their incredible new record Fire & Grace.
Please press Play below to listen to the MisplacedStraws.com Conversation with Gary Pihl:

On how Alliance was formed: (After Boston’s Third Stage tour)I wanted to do a side project and so I called up Dave Lauser for drums and Alan Fitzgerald, our on again, off again keyboard player with us in Sammy’s band, who would go on to be in Night Ranger…so I called up Dave and  Fitz and said “Hey let’s do something” and they said “Yeah, remember that guy that guy Geffen turned us onto, Robert, great let’s call him”, so the four of us met actually in Sammy’s home recording studio and we showed each other all our song ideas and Robert just fit in great with us,  just like the brother we never had and so we started to do it so that’s how the band came together. 3:35

On taking so lone between Alliance records – We’ve been so busy with our other bands we just never had a chance.  For us, we like to do it old school we wanna work on songs when were all together in the studio at the same time. We could send things by email back and forth whatever but we like being in the same room at the same time and to that end, for instance, the title track “Fire and Grace” was a song that I had a guitar riff idea, Dave had a cool drum groove and Robert said “Hey I got some lyrics that might work with that”, and we were at Robert’s studio so we pushed the record button and went in and we wrote that 4 minute song in 4 minutes. We just started playing and that’s the way it came out, done. That’s what it’s like being in a band guys you work with a long time, that you trust to do whatever’s right to make the song better. 5:05

On the possibility of Alliance ever playing live – I sure hope so and certainly we’ve talked about it.
It just so happens this summer Boston is not touring so I’m available  and so I was telling the other guys “Hey I can do it if you guys can get together, let’s do it”. We would love to play some festivals where you got 10 or 20 bands on the show and the audience comes knowing they’re going to see some band they’ve never seen before and that would be us. Maybe yeah they recognize us from our other bands but they get to see Alliance,something that not very many people seen so that would be great. Our label is based in England where they have festivals and course in Europe and certainly the U. S. so I’m keeping my fingers crossed that somehow we can put it together to do some festivals here this summer. 8:51

On hooking up with Sammy Hagar – (My band)  heard that Sammy had just left Montrose and we somehow got this phone number call him up and he said “well, thanks, yeah  I don’t want to join a band. I’ve got some guys I’m I’m working out and I’m putting my own band together. But maybe I could do some shows with you guys” and so he actually opened up some club dates for us there in the San Francisco  area so we we got to know him a little bit. Our manager told me “why don’t you just go play guitar in Sammy’s band instead of him joining us” and I said “well he’s been through a half a dozen guitar players, so he’ll have me for a couple weeks and kick me out, what’s the point?” And he said “well give him a call” and so I called up and he said “Pihl, are you into drugs?” I said “No, why would you ask” and he said “Well because the last guitar player I had OD’d on cocaine in the bathroom of the gas station.”  I typically tell this to young musicians would like how I got that gig, I go “that’s how” and they go “Oh, ok,  stay away from drugs.” 11:57

On Sammy getting the call from Van Halen – (I had) 8 great years in Sammy’s band and people ask “What’s it like working with Sammy” and I say “What you see is what you get”. He’s always in a good mood, terrific musician, great singer and he was our cheerleader…so at the end in 85 when he got the call from Van Halen and said “Aw man, we were doing so good I hate to break up the band but you know it’s an offer I can’t refuse.” …we were all a little disturbed by the news because on one hand you’re glad that your buddy  got a great offer to do something else, but on the other hand it’s like well yeah we were doing  pretty good. 13:59

On his place in Boston after 30 years – I still feel like a new guy in the sense that,because those first 2 albums were so iconic that people remember those, so when people say “Oh I love the first two records”,  I say “Me too, they’re not me playing”…I look at Boston as Tom’s and the rest of us are trying to make his dream come to life because he can’t play all the instruments and once. 18:03

On meeting Brad Delp prior to joining Boston – As the opening act (with Sammy Hagar’s band) we didn’t get a lot of sound checks because Boston would take so long with their sound check, and they’d  go first. We hardly ever got a sound check but we didn’t need it. With Sammy just turn everything up to 10 and go. One day they were done early and they called us up, we’re back at the hotel waiting and whatever and say “Hey you guys could do a sound check today if you want to”,  “Yeah sure will come down and check things out”, so we get there and as we walk into the arena here’s Brad pushing my amplifier up the ramp onto the stage. I said “Brad, what are you doing?”, he said “Well I feel bad  that you guys don’t get a lot of time to do sound checks  so I’m trying to help the crew guys”, I said “Brad, I don’t even pushed my own!” The crew guys are getting paid to do that stuff. That’s why Sammy nicknamed him “the nicest guy in rock and roll”. 19:50
On the prospect of new Boston music or touring – Tom’s always working on guitar parts and riffs and all that and I hope there’s something coming up. But he’s told us (he’ll) sometimes work on a song for months and then throw it away as it’s just not quite right so, you never know, but  I certainly hope so. I hope we do some more touring which again I hope we will but no official word yet. 24:28
Find more info on Alliance here.
Share. Facebook Twitter Tumblr Email