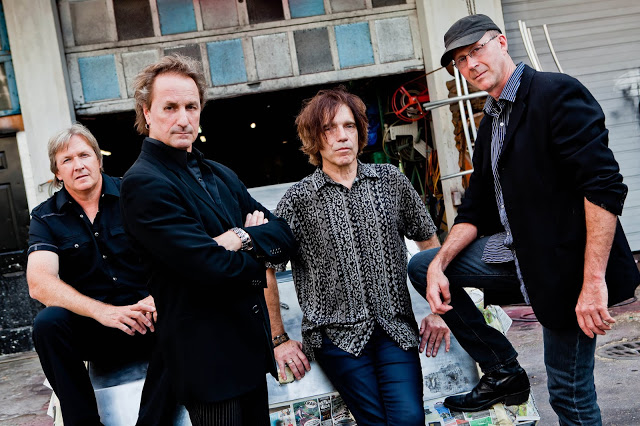 By Jeff GaudiosiJune 19, 2019Updated:May 29, 2021No Comments4 Mins Read
Share
Facebook Twitter LinkedIn Pinterest Email
Perhaps no genre of music has a history as deep an uniquely American as the blues.  Whether it’s the traditional blues of the Mississippi Delta, Chicago, Detroit, or yes, the vibrant blues scene in the Northeast, James Montgomery has been part of it for close to 50 years.  I had the absolute pleasure of talking blues with James and we covered everything from James Cotton and John Lee Hooker to Paul Butterfield and Johnny Winter to what makes the blues scene thrive in places like New England and Rochester, NY.  James and his band will be headlining the Great American Hemp & Blues Festival on July 10th at Mohegan Sun Casino in Uncasville, CT.
Please press Play below to hear the MisplacedStraws.com Conversation with James Montgomery:
On playing festivals – It’s great, it gives you a chance to catch up with all your compadres backstage and kind of pal around and sometimes sit in and jam, so they’re a lot of fun.  I’m probably doing 10 or 12 this summer. 2:40
On the blues scene in New England – I always attribute that to there are so many colleges and universities out here and when you get a lot of colleges and universities there’ll be a lot of niche markets…you total that up…and there’s enough people out here to support blues…because it’s so close to rock n’ roll. Once someone is a blues fan, you’re a blues fan for life. We have a continuous amount of young people coming into colleges and universities…there’s a good amount of people to market to. 5:40
On the early days in blues clubs – It’s not like it is today, you could just walk into Junior (Wells’) dressing room and start talking to him or walk up to (James) Cotton and say “Hi Mr. Cotton, how do you get that high note out of there?” and he’d be trying to pick up some girl and say “Could you just leave me alone for a minute?”.  8:45

On learning from the greats – From (John Lee Hooker) you kind of learned to keep your ear to the ground and really listen to where the music was going…From Cotton I learned not only harmonica but how to run a band, from him and  Paul Butterfield, learning how to play extended solos.  There’s something you can grab from everybody. 9:40
On his early bands – I took LSD either my junior or senior year, don’t remember which, and changed the name of my band from The Montgomery-Miller Band to The Great Cosmic Expanding and then that wore off and we went back to The Montgomery-Miller Band.10:20
I modeled all my bands after Paul Butterfield and James Cotton and still do to this day in terms of giving musicians the ability to play as many choruses as they want and in terms of having a real high-energy product.  11:00
When I came back to college my junior year I joined the Colwell-Winfield band…most of the band on Van Morrison’s Moondance album were also members of the Colwell-Winfield band. 12:10
On meeting Paul Butterfield –  Rochester (NY) had a blues thing with Paul Butterfield, Buddy Guy and Junior Wells and because (my bass player’s) father had influence up there we got our band on there…they had a case of Michelob for me & Paul and a bottle of Johnny Walker Black for Junior and a bottle of Courvosier for Buddy, we’re sitting around drinking and Paul starts playing the piano, Buddy got out his guitar and Junior and I started playing and that’s the night I actually met Paul. 13:45
On playing with Johnny Winter – Of anyone I met I think Johnny was the most unique person I ever met in this business…he was kind of in his own world in a way, a genius, genius player. 17:45
It’s debatable that if Johnny had different management he would’ve been the biggest guitar player ever, as big as Hendrix or Eric Clapton.  18:20
Eventually we got him off all those drugs and he stopped drinking and smoking on his own his last 5 years he was lucid and strong. 20:00
On new music – This next record we’re just starting I think it will be all original material this time. 28:00