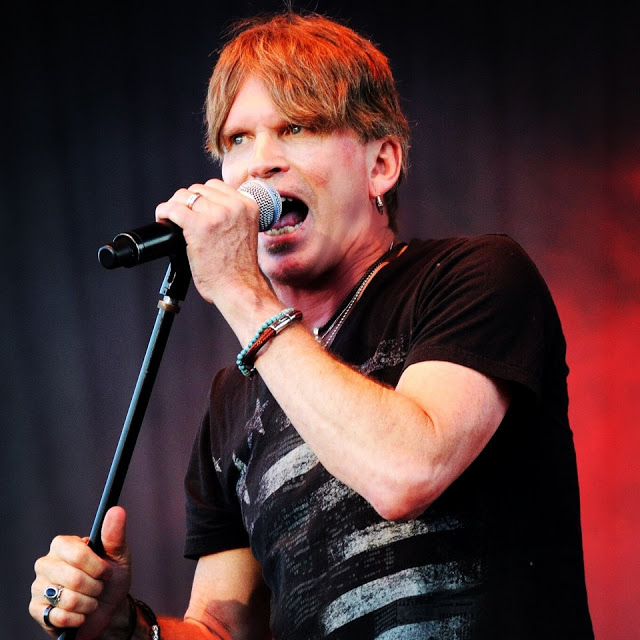 Certain voices are legendary.  Every generation knows them and has sung along with them.  Dave Bickler is one of those voices.  Whether it’s the iconic vocal on “Eye of the Tiger” or the voice of Bud Light’s “Real Men of Genius” campaign it’s pretty safe to say everyone knows his voice.  Now, Dave has released his first solo record Darklight and took a few minutes to talk about the new record and career.

Please press Play on the photo below to listen to the MisplacedStraws Conversation with Dave Bickler:

On why it took so long to release his first solo record: I was doing stuff, I recorded a lot of demos, I was in bands, for one reason or another it didn’t get into the public sphere. I finally decided I had a lot of songs. 1:10

On the big guitar sound behind Darklight – I am such a guitar-driven person…I still carry that indelible impression I got when I saw the Beatles when I was just a kid, how cool it was.  There’s almost unlimited possibilities of getting sound out of a guitar, you can always find something new on there. 2:00

On working with Ryan Hoyle (Collective Soul) and Brad Smith (Blind Melon) – I was pretty impressed that I got those guys! The results speak for themselves, they were great to work with. 4:40

On playing some shows in England – We played some Survivor stuff and we tried to introduce the songs “Hope” and “Always You”. 7:40

On the beginnings of Survivor – Our intent was to get signed and make a record and we felt we had what it took to do that. 9:00

Ron (Nevison) was mixing the (Survivor) album and got fired and Bruce Fairbairn finished the album.

On Premonition Gary Smith and Dennis Johnson left the band and we got Mark Droubay and Stephan Ellis, they stepped in and it was a bit of a different feel, more of a groove rock thing.

Om hearing “Eye of the Tiger” for the first time – The first time I heard it was in the studio when we were going to record it…we learned it in the studio…that demo was actually what was used in the movie then we went back to LA and recorded that and the rest of the album and that’s what you hear on the radio. 10:30

On leaving the band after Caught In The Game and having vocal chord issues – It was coming to an end anyway.  Caught In The Game had a limited success, even though it was our fourth album it felt like more of our sophomore effort and I was pretty exhausted from all that.  11:40

On why Survivor never recorded after he rejoined – We did try, we had a bunch of stuff recorded and some of it was quite good but there was a dispute going on then.  When the band broke up in 1987-88 after Too Hot To Sleep Jimi (Jamison) just went out and was Survivor and those guys just let that go and then they decided they didn’t want to let that go and asked me to come back and there were two Survivors so that kind of explains why nothing ever happened. 12:30

On the whether the ongoing legal issues with Frankie Sullivan are over – I can’t say very much about that except “No”. 14:00

On being the voice of Bud Light’s “Real Men of  Genius” campaign – That was a crazy thing that came up because of my connection doing jingles in Chicago. 16:10

On touring behind Darklight – I am doing some festivals and fairs.  I hope the album builds and we’ll work on getting some shows in the US. – 18:40