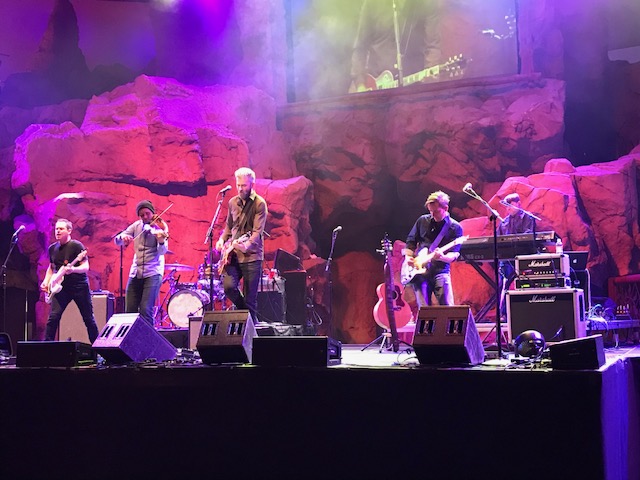 By Jeff GaudiosiJanuary 12, 2019Updated:May 24, 2021No Comments4 Mins Read
Share
Facebook Twitter LinkedIn Pinterest Email
Based on their massive 1997 hit The Freshmen you could call The Verve Pipe a “one hit wonder”…but you would severely short change yourself.  The band that took the stage at Mohegan Sun’s Wold Den Friday night was a modern, vibrant rock band that was so much more than one song.
Frontman Brian Vander Ark is the lone holdover from the band’s original run and has now surrounded himself with a topnotch band that has put out two records (2014’s Overboard and Parachute in 2017) and gelled into a tight live band.  In a conversation with Vander Ark prior to the show, he mentions that the road is mellower place these days free of the lofty expectations that come with being a band on the rise.  They concentrate just on raising the bar for their own live shows and it comes through as you watch them play.
The night began with a 4-pack of memorable songs from the band’s early records and immediately got the crowd to their feet.  Next came the first cover of the night, a unique take on Blue Oyster Cult’s Don’t Fear The Reaper which really showcased not only the musicianship of the band but the stunning vocal interplay between Vander Ark, backup vocalist Channing Lee and guitarist Lou Musa (also in full display on the set-closing cover of Fleetwood Mac’s The Chain).
Vander Ark surmises that about 25% of the band’s live audience are people that were there in the 90’s and grew with the band, the rest are people that may know The Freshman or Photograph and just want to check the band out.  Even if you are there just for one song you can’t help but get caught up in the energy of the band, midway through the set no one was left sitting, the true mark of a great live band. 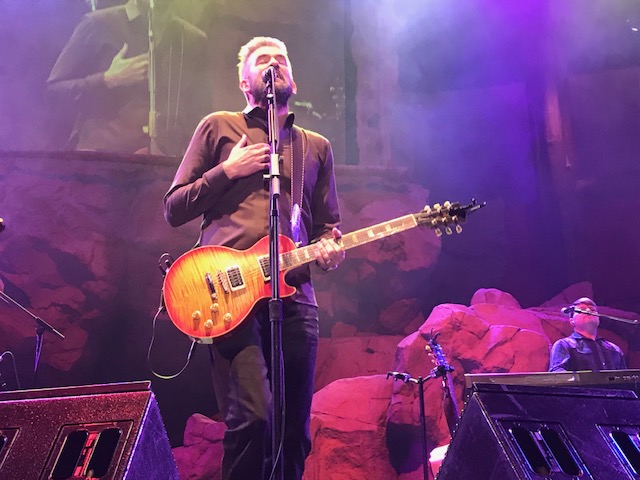 As the set began to wind down it was time for The Freshmen.  Nearly everyone had their phones out to capture  the moment.  A few seconds into the song it was clear that this wasn’t just another recital of the “big hit”.  The song had an energy and an urgency to Vander Ark’s vocal that made the song seem as fresh now as it was when it ruled the airwaves in 1997.  Vander Ark says he still has a great relationship with the song that made him famous.  He says he’s still happy to play it each night and that having such a big hit in the set allows the band to try out new or lesser known material around it.
One thing that is evident seeing the 2019 edition of The Verve Pipe is that nearly 30 years after starting the band in East Lansing, MI, Brian Vander Ark is totally comfortable with who he and his band are and that his voice is just as pristine as ever.  During our talk prior to the show we discussed the track Wallflower off of the last record Parachute and how, at least to my ears, it comes across lyrically as sort of the adult response to The Freshmen.  Soon, Brian grabbed his guitar and performed an impromptu acoustic version of the song showcasing his amazing voice.
The may only have the one huge hit (as well as a few others with Hero, Photograph and Colorful from the Rock Star soundtrack) but they are still a band to be reckoned with.  They are just beginning a short East Coast run so be sure to catch them when they are in your area, you won’t be disappointed. 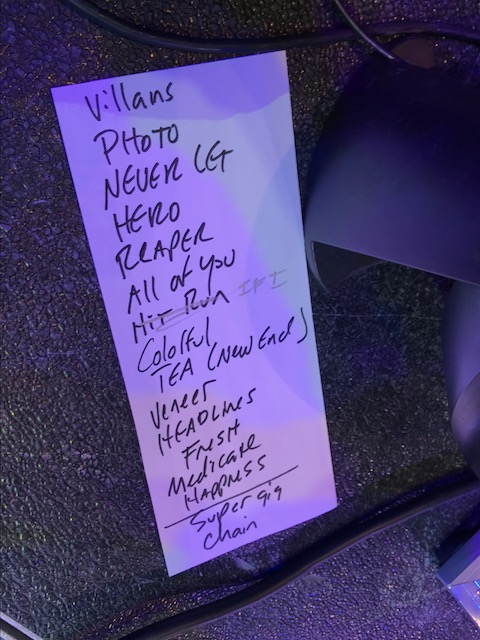