A Conversation with Rod Argent of The Zombies

By Jeff GaudiosiDecember 15, 2018Updated:May 29, 2021No Comments4 Mins Read
Share
Facebook Twitter LinkedIn Pinterest Email
Good things come to those who wait, and Rod Argent, legendary keyboardist and songwriter for the Zombies has waited quite a while to see his band inducted into the Rock & Roll Hall of Fame.  The Zombies were first eligible in 1990, 25 years after their classic 1965 debut record.  In the 28 years since they became eligible, the Zombies were nominated three other times with no success.  The fourth proved to be the charm as the Zombies became quite possibly the last of the British Invasion bands to be inducted into the Hall in Brooklyn on March 29, 2019.
I had the privilege of speaking to Rod about 24 hours after he learned of the band’s induction.  It is my pleasure to present the Misplaced Straws Conversation with Rod Argent, please listen below:
On the feeling of being inducted: We’ve been honored enough to have been nominated for four out of the past five years, that in itself is extraordinary, but to finally past the winning post, that is a huge satisfaction, it feels great! :40
On reuniting The Zombies with Colin Blunstone: We went back on the road really for the love of playing. 2:00
On how this nomination felt different – Right from the beginning with this campaign the Fan Vote was amazing and it never let up  throughout the whole month. 4:00
On the vitality of new music – At the end of 2015 when our last album Still Got That Hunger came out we got a phone call from Billboard and they said we just want to let you know that for the first time in fifty years  as The Zombies you’ve got an album in the top 100 sales chart. 6:00 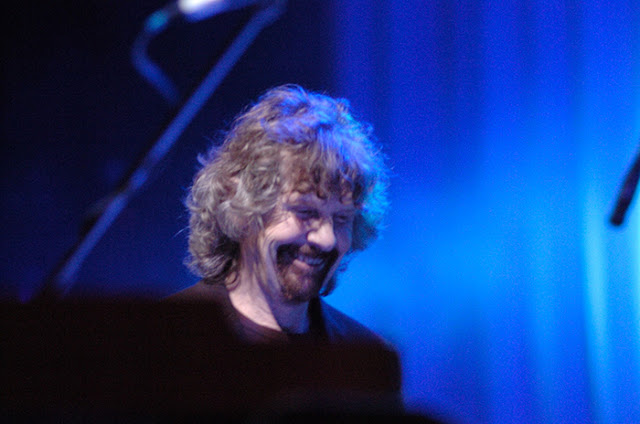 On being one of the only British bands with a piano player: People on television particularly didn’t understand at all what a piano was doing in a rock & roll group. 11:00
It’s funny when you see She’s Not There played (in old clips) when it gets to the piano solo the camera hones in on the drums! I wouldn’t of minded a bit of equality! 11:45
On the perception of the Rock & Roll Hall of Fame in England: It does seem quite fashionable over here to say “Oh the Rock & Roll Hall of Fame it’s a bit of fun” but not to take it that seriously.  It’s not true of everyone but there is that feeling.  It is a much bigger deal in America but it’s always been a big deal for us! 13:30
On the importance of the Induction Ceremony date and place – Time of the Season became Number One, incidentally, it became Number One in Cashbox on March 29, fifty years from the March 29 that’s going to be the induction. 17:30
It’s an indelible memory for me to come over to the Brooklyn Fox, Christmas Day 1964 (The Zombies first American show) to play with some of our heroes. 18:00
On his experiences during that first American tour: I remember being taken to Cissy Houston’s house by Dionne Warwick…and there was a little baby running around, that could’ve been Whitney Houston. 20:00
On his relationship with Tom Petty: Towards the end of his life we did get to know him and we ended up going to his house in Malibu and spending some time with him. He and Benmont Tench came to one of our gigs and we really got to know him personally as well as all the wonderful things he said about us. 22:00
He told us that the very first rock & roll gig he went to was on the Dick Clark tour in 1965 and he then told us our setlist on that gig and his reaction to our songs, particularly when we did Summertime, he said it completely blew him away . 23:20
Without any question we would’ve asked him to induct us, it would’ve been unanimous.
On who will play at the Ceremony: What I would like to see is the original band play with the added percussion and singing of the new band 25:00
Follow Rod Argent and The Zombies:
Facebook | Twitter | Insta
Share. Facebook Twitter Tumblr Email