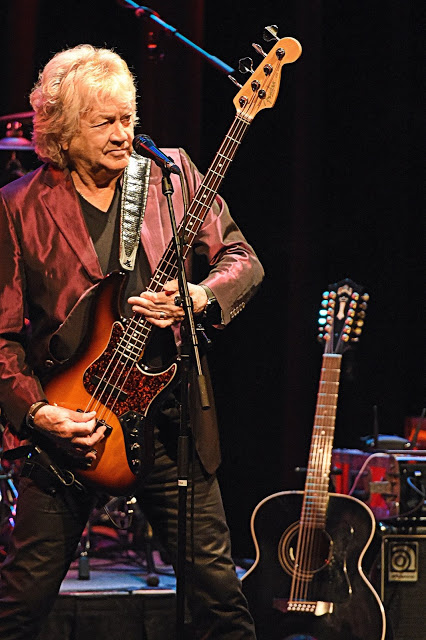 A Conversation with John Lodge of Moody Blues

By Jeff GaudiosiOctober 2, 2018Updated:May 29, 2021No Comments3 Mins Read
Share
Facebook Twitter LinkedIn Pinterest Email
More than 50 years into their career, Moody Blues are once again on a high. 2018 has seen the band get inducted (finally!) into the Rock & Roll Hall of Fame, finish up their two-year tour celebrating the seminal Days of Future Past and their second Las Vegas residency at the Wynn.
During all of this, bassist, vocalist, singer and songwriter John Lodge has not only found time to tour in support of his solo projects (2015’s studio 10,000 Light Years Ago and 2017’s Live in Birmingham) but to sit and chat about the Rock Hall, his solo work, the future of Moody Blues, Glenn Hughes and a whole lot more.  I present A Conversation with John Lodge.
On how it feels being inducted into the Rock & Roll Hall of Fame – I didn’t realize the emotion attached to being inducted. :50
You realize how few people have had the honor of being inducted…one of my heroes is Buddy Holly and I can almost stand shoulder to shoulder with Buddy Holly in the Hall of Fame. 1:35
When my grandson is grown up and perhaps takes his children there, he can say “there’s my grandad”. 3:55
On why now is the right time to return to solo music after almost 30 years – I saw vinyl coming back, 180 gram, and thought “that’s it, that’s who I am”, double sleeve vinyl. I love the sound of vinyl, it’s the best sound there is, I have to be part of this. 4:40
On recording his live album at Birmingham Town Hall, where he once saw Buddy Holly – I wanted to be onstage looking up at the circle and think “There’s a young Johnny Lodge down there looking up at Buddy Holly”. 6:10
On playing again with Mike Pinder and Ray Thomas on the track Simply Magic – It was nice because it reunited us from our teenage years. I think we would have done more together 10:00
On picking the setlist for his upcoming solo tour – I’m doing some songs as a tribute to Ray and Mike, songs that the Moody Blues may never play again.  Social media will go ballistic on the first day. 13:00
On what’s next for Moody Blues – We’re just finishing up our two year plan.  We’ll be speaking with our agent and look to see what we want to do and what opportunities for next year as the Moody Blues 16:15
On producing the Medusa album from Trapeze featuring Glenn Hughes – I think it’s one of the best English rock records there is. I thought they could go on to be one of the big rock bands in the world. 18:00

Catch John Lodge on tour in October, click here for dates and tickets.