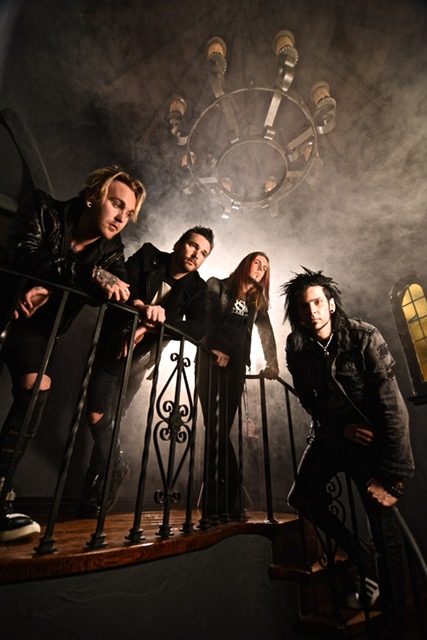 By Jeff GaudiosiAugust 29, 2018Updated:June 2, 2021No Comments2 Mins Read
Share
Facebook Twitter LinkedIn Pinterest Email
Sometimes the search for the next big rock band becomes a global thing.  New Zealand’s own Like A Storm are ready to claim their spot at the top with the release of Catacombs, the third full-length release which features the rock radio hit single The Devil Inside.
I had the opportunity for a conversation with Chris Brooks, lead vocalist and master of the didgeridoo where we talked about the music scene in his native New Zealand, the darker feel on Catacombs, touring, being in a band with his 2 brothers, the late Vinnie Paul and, of course, the didgeridoo.
On producing their own records – Doing it ourselves allowed us to see through our vision and have it sound exactly the way we wanted. 4:50
On the darker themes for this record – When we visited the catacombs in Paris that was such a powerful metaphor for what we were going through. 7:00
On a cohesive record rather than just singles – Artistically that’s not very fulfilling, we wanted to reflect everything we were going through at the time.  9:10
On incorporating the didgeridoo – We were kind of blown away at how well the instruments fit together separated by tens of thousands of years. You put the didge in with a heavy down track and it sounds completely different. 13:10
On being in a band with his two brothers – It always has to have some sort of diplomacy, it always has to have  some sort of democracy to it. 14:20
On the late Vinnie Paul – Vinnie Paul was not only an incredible musician but one of the most genuine and incredible people I’ve ever met.  15:50