By Jeff GaudiosiJuly 15, 2018Updated:May 24, 2021No Comments4 Mins Read
Share
Facebook Twitter LinkedIn Pinterest Email
So, someone told you rock n’ roll is dead? On Saturday night in Long Island the Foo Fighters and The Struts blew that theory to bits with easily the best rock show of the year.  At 7:00 sharp with the sun still out and the venue sparsely filled the Struts took the stage and over the course of 8 songs staked their claim as the best young rock band in the game today.  Front man Luke Spiller is the 21st century love child of Mick Jagger, Freddy Mercury and David Bowie, and along with guitarist Adam Slack, bassist Jed Elliott, and drummer Gethin Davies, Spiller owned the stage while the Struts played songs off of their 2014 debut Everybody Wants as well as new music from their upcoming release. In a sign of the respect this band has, Red Hot Chili Pepper drummer Chad Smith came out and joined the band for a surprise, glammed up cover of Dancing in the Dark. Don’t pass on this band if given the chance to see them, they are the next wave of rock stars! 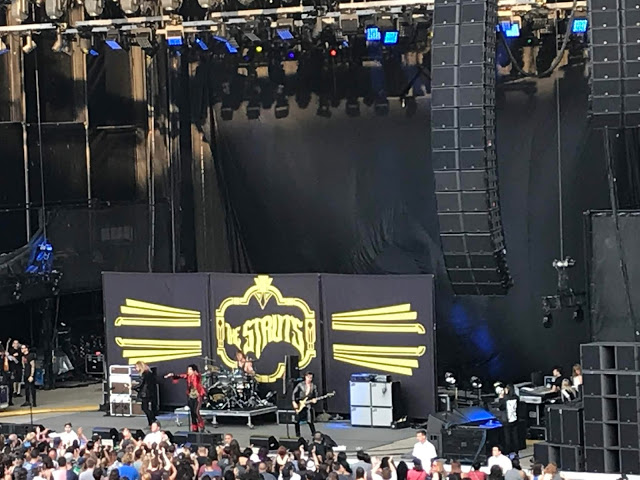 Shortly after 8:30 with the sun setting over the Atlantic Ocean the Foo Fighters took the stage and the intensity didn’t let up for nearly 3 hours.  Dave Grohl and company opened with the trifecta of All My Life, Learn to Fly, and The Pretender which established the pace and feel for the night: it was gonna get loud and we were in for a long night. Grohl let his band stretch out, show off their talents and take center stage. Guitarists Chris Shiflett and Pat Smear, bassist Nate Mendel, drummer Taylor Hawkins and keyboard player Rami Jaffee didn’t let him down.  Each shined throughout the extended versions of many of the Foo’s hits as well as each getting a spotlight to solo during a selection of covers in the middle of the set. 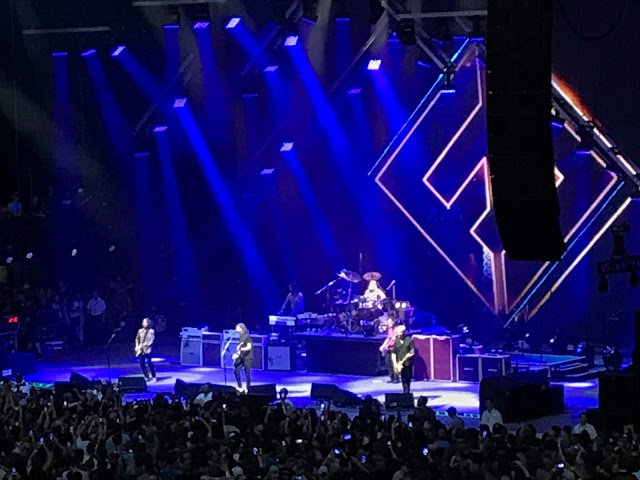 Grohl was in a great mood and mentioned a few times that this was the first time the band had played this venue.  He was also proud to have daughter Violet as part of a quartet of female back-up singers on the material from their latest record, 2017’s Concrete and Gold.  Grohl promised a history lesson with songs from every record in the band’s history, he fell a little short and skipped 2014’s Sonic Highways and 2015’s St. Cecilia Ep, but did bring 22 songs and a few special guests.  During Mendel’s bass solo he began he familiar bass line to the Grease classic You’re the One that I Want, complete with an appearance of John Travolta.  There were also return visits from Chad Smith on drums during a raucous cover of the Faces Stay With Me with Hawkins on vocals and Luke Spiller dueting with Hawkins on Under Pressure while Grohl sat behind the drum kit.  Over the course of the night, you were able to hear the progression this band has made from being just Grohl recording  very Nirvana sounding early songs like This is a Call to a true band collaborating on multi-layered compositions like The Sky is a Neighborhood and Dirty Water. 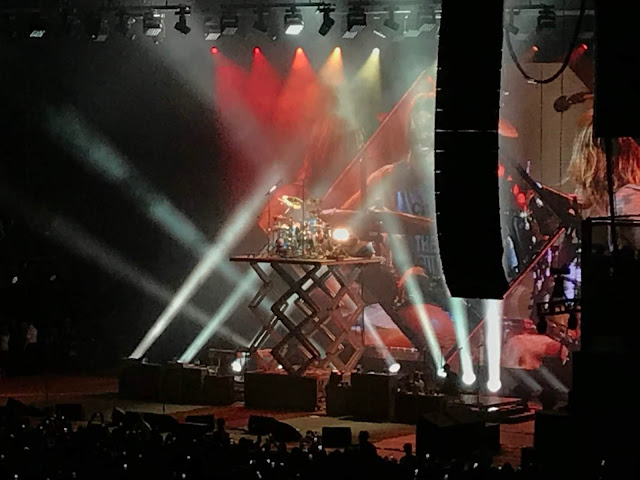 These two bands showed everything that is right about rock music…passion, intensity, loud guitars, great songs, great visuals and most of all fun! As “classic” rock bands begin to age and change members, it’s bands like The Struts and Foo Fighters that will keep the genre filling arenas for years to come. 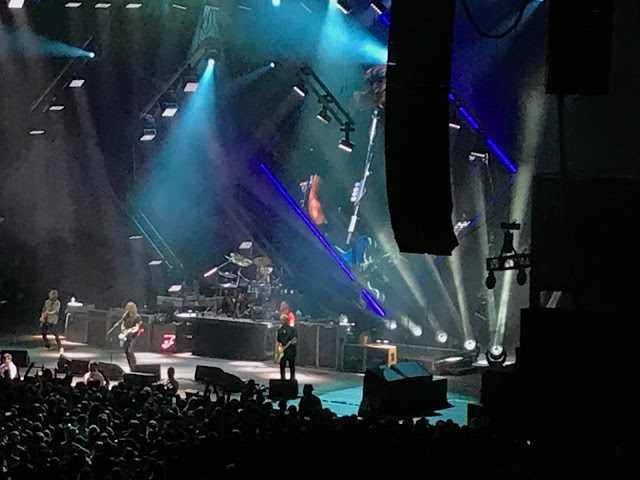 Setlists:
The Struts –
Put Your Hands Up
Body Talks
The Ol’ Switcheroo
Primadonna Like Me
Kiss This
Could Have Been Me
Dancing in the Dark
(Bruce Springsteen cover) (with Chad Smith)
Where Did She Go

Encore:
Big Me
Times Like These
This Is a Call
Everlong