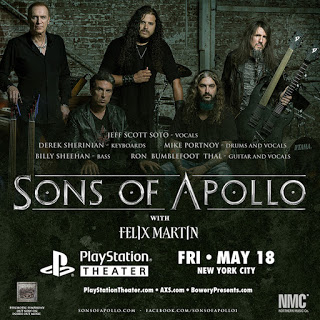 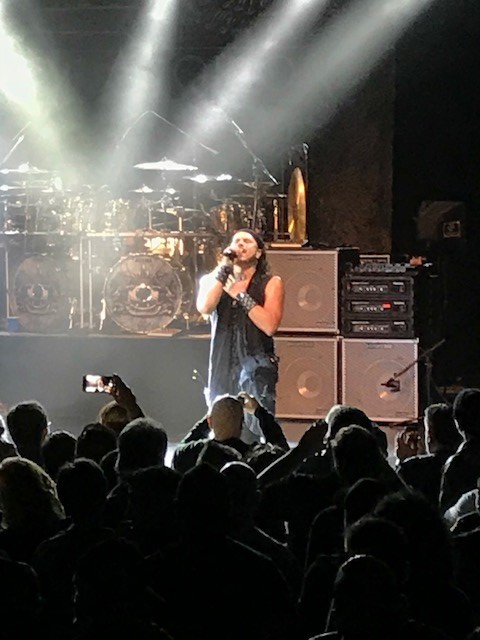 Their debut record, Psychotic Symphony, was released last October and heavily represented throughout the night. Every track from the stellar release was played live Friday night.  As there are only 9 tracks on the record, the set was rounded out with a few choice covers (“Just Let Me Breath” and “Lines in the Sand” from Dream Theater’s Falling Into Infinity, the only full length release featuring both Portnoy & Sherinian, Queen’s “Prophet’s Song” & “Save Me”, and Van Halen’s “And The Cradle Will Rock”) and ample solo time for each member.

As soon as the band kicked into the opening track, a blistering version of God of the Sun, it was obvious that there was a chemistry between members.  Bumblefoot proved to be a great foil for Soto but every member had their time in the spotlight. Not to be outdone by Thal’s signature double neck guitar, Sheehan used a custom double neck bass the entire show. After more than 35 years in the business, Jeff Scott Soto is on top of his game, there is no better person to front this band of ace musicians.  His vocals are flawless and his presence commands the stage. 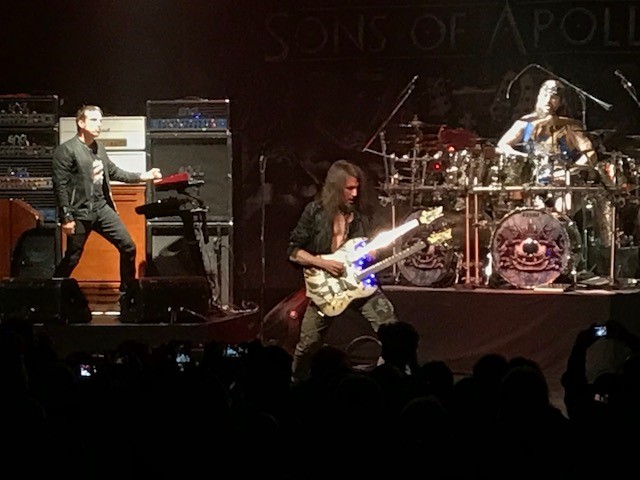 Even with a top vocalist like Soto, a prog band is only as good as its musicians.  In that category, SoA are the best in the business.  With the exception of Portnoy on drums, each member took their turn at an extended solo which ranged from Bumblefoot’s take on The Pink Panther to jaw dropping turns by Sheehan and Sherinian to a layered solo vocal take on Queen’s “Prophet Song” by Soto.

We were reminded a few times that it was the 1st anniversary of Chris Cornell’s death.  First he was name checked in a frenetic version of Dream Theater’s “Just Let Me Breath” then Soto dedicated a beautiful, sparse “Save Me” to the deceased singer.

Soto mentioned throughout the night that this was a sort of homecoming for the band as 4 members have ties to New York. The energy and excitement showed in the band’s performance.  This was the end of their initial US tour but hopefully they will be back soon.  Rock music in general needs a shot in the arm and Sons of Apollo is the band to do just that.