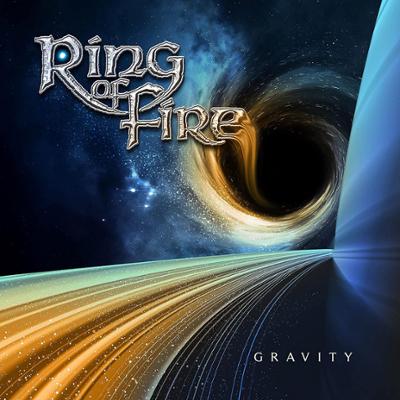 Mark Boals is well-known in rock circles for being a go-to vocalist and bass player for acts like Yngwie Malmsteen and Dokken. He also fronts his own band, Ring of Fire, which just released a new record called Gravity. Mark recently took some time to talk about the record and his career.

On the Ring of Fire lineup changes – Well, first of all, Tony (MacAlpine, guitar), I would have loved to have Tony on the record, but he was not available at this point to do it. He’s really busy with his solo instrumental stuff right now. We’re still good friends. So we discussed with Frontiers, with Serafino (Perugino), about a bunch of different guitar players. It was really kind of a tough decision, but Aldo (Lonobile) was somebody that I knew of and he fit the bill really well. So I’m happy that he was able to do the album and be in the band. The bass player and drummer are his guys. They’re friends of his. He recommended them. So I didn’t know them previously, but they did a great job. They did a really great job. 1:12

On working with Aldo Lonobile – It was pretty seamless. Vitalij (Kuprij, keyboards) can be difficult with different people. He’s never difficult with me, but he can be picky with other musicians. Being the virtuoso that he is, he’s just very picky. But Aldo was very easy to work with. In the end, Vitalij was happy with everything and so was I. It went very smoothly. I’ve had albums that I’ve had a lot more difficulty in making. This one, it was like it was meant to be. It just came together really, really easy. 2:14

On if it was important to keep the classic Ring of Fire sound with new musicians – Yeah, I think so. Because I mean, all of us work on other projects as well and you don’t want to sound generic. We wanted to keep the thread going as some kind of continuity of the style. I think we were successful in that. I think it sounds like Ring of Fire as soon as you hear it. Anybody who’s heard Ring of Fire before and anybody who hasn’t, well, welcome to Ring of Fire. 3:30

On the difficulty of creating such a complex record remotely – Well, it might be hard for somebody who’s never done it before or somebody who’s just starting out. But we’ve all been doing this for years now. I don’t know, it seems pretty straightforward now. It’s a way to do things when, I mean, we got half the band in Italy, Vitalij is in Pennsylvania and I’m in Las Vegas. It’s like the other album band I have, Shining Black, that’s on Frontiers as well. I’ve never met Olaf (Thorson, guitar) in person. We’re really good friends, but we’ve never actually been in the same room. But we’re working great together and we get a chemistry. You manage to get a chemistry going musically, even from other parts of the world. Now the technology is amazing. I don’t know, 20 years ago or even 25 years ago, I couldn’t imagine doing that kind of thing. It’s great when we can all get together in the same studio and physically get that physical chemistry going. But we get the musical chemistry going over the internet, no problem. 4:32

On the current music scene – There’s a lot of music out there where bands are together, but the thing that bothers the music scene now is so many bands copy off of each other, copy the sound. It’s like they have a boilerplate for the mix and for the production, and it sounds the same and you can’t tell which band it is. At least I can’t. There are very few bands that have an identifiable sound, that’s regardless of whether they’re together or whether they’re over the internet friends. So I don’t know. The budgets are not the same anymore because people are not buying physical product. There are not even CD players in cars anymore. I never liked CDs anyway. I like vinyl, and I just pray for the comeback of vinyl. Please, God, let there be vinyl…The digital realm has gotten better. It’s gotten better and better. But just when I listen to the old albums that were recorded and mixed and mastered and pressed on the entire analog stream from beginning to end, the sound is magical to me when you listen to it on a good system. I pray for those days to come back. Alot of the young kids are getting into it now. People that have money are buying really expensive systems and speakers. There’s a whole esoteric expansion going on that involves vinyl. I wish I could afford some of that stuff. I went to the AES show. I go to those shows in Vegas and listen to the $150,000 stereo system. 6:19

On if he sees this lineup of Ring of Fire playing live – Yeah, I do. There’s places that like such as Japan and Europe where we can probably do it and pull it off easily. America is a little tougher. It’s tougher because you just got to have a lot more promotion. As far as the band Ring of Fire, we never broke the American market that well. It’s always been Europe and Asia and a little bit of South America, more so than the United States. So if we can break it a little more, I think we can do it. But we definitely want to play some live shows. Me and Vitalij are totally determined to do some shows next year, so we’ll be playing somewhere. I don’t know where, but we’ll be playing. 8:48

On hooking up with Yngwie Malmsteen for the Trilogy record – Well, I actually toured with them on the Marching Out tour because Jeff Scott Soto quit the band before the tour, before the album came out even. They were supposed to re-record the vocals on that with me, but the manager just was too busy stealing money to spend money on anything like that that was already in the can. So I ended up doing all of 1985 touring with AC/DC and other festivals and stuff. Then we went in the studio and did Trilogy. That was the first big album I’d ever done. It was really an eye-opening experience all around. Spending money left and right, money was going everywhere but to us. It was going out the door. It was a $6.8 million deal that we had with Polygram for three records. I think they dropped him after the following record…Well how I got into it was basically through Ainsley Dunbar. Ainsley Dunbar, the famous drummer. I had to audition for a band with him, Tim Bogert, and Ronnie Montrose, and Ronnie Montrose disappeared. We did a rehearsal and then he disappeared. They said I could be in the band. Then I said, “Ainsley, can you give me another gig?” He said, “Well, let me see what I can do”. He recommended me to go over there. He recommended me to Yngwie’s manager because he was looking for a singer. That’s how I got into it. 10:10

On leaving Yngwie;s band – How I got out of it was there was so much shenanigans going on with money and craziness, drugs, everything. All the excesses that you could imagine in the 80s were magnified 100 times over with that whole thing, whole scene. I just couldn’t take it anymore. I couldn’t. There was tour support from the record company that wasn’t coming to us. The manager stole, I guess, out of that six million dollar advance, four million right off the top. He ended up stealing all the tour support. So we were poor. He kept money in Yngwie’s pocket. Yngwie didn’t know really what was going on. He just kept pocket money to Yngwie, rented him a car, told him it was a gift. He said, “This is my gift to you”, but it was a lease, things like that. It was just too much craziness for me to handle. So I left and I thought things would be a little different when I went back later, later years. They were different, but they weren’t better, really. Weren’t much better. 12:00

On if he was involved creatively with Yngwie – No matter what he says, on the Trilogy record, in particular, Jens (Johannson), the keyboard player, wrote a lot of this stuff. Basically, he wrote the music for “You Don’t Remember”. It was written on keyboards. It wasn’t written on guitar. As far as the vocal stuff, Yngwie would give me a title and he said, “Yeah, just sing anything. This song is called…just Sing Anything”. As opposed to what he says in his interviews, he conducted everything. No, he wasn’t even there. He wasn’t in the studio at all. So I mean, yes, we all contributed stuff that didn’t get credit for. That was another frustrating part of the whole deal. 13:23

On if he has a style of music he prefers to sing – I don’t know. I’m like not afraid to try anything. I love it all because when I grew up, my ear, there was AM radio and that little transistor radio was stuck to my ear when I was a little kid. It was one of my best Christmas presents I ever got. The variation in styles that you would get back then was you’d hear The Who, then you would hear Tom Jones, then you would hear The Beatles, then you would, it was just everything and anything. I loved it all. I was singing along with all of it too. So everything, Motown too, I loved all that stuff. I haven’t gotten the opportunity to do any Motown or anything like that, boy, I would do it in a second. But I don’t know what my favorite sweet spot is. I guess the hard rock thing is really second nature to me. I really loved that stuff when I was old enough to have a record player and get records. So I had the Deep Purple and the Black Sabbath and all the stuff that was coming out back then. 14:30

On music today being so segmented by genre – That’s a shame, too, because I think I was already saying that the bands all sound the same in each genre box that they put these different genres in. Whereas in the 70s and even into the 80s, bands, even in the same genre, sounded completely different. They had a completely different production style. The sound of the whole album would be different, it would be just entirely different. I don’t know what’s happened to that. The digital recording age, I guess, everybody’s, they’re just using the same plugins and they’re using the same templates for mixing. It’s a push-button world now. They don’t even know what that equipment is doing. They just know, “Now you push that button, you push that button”. Whereas in the old days, we had millions of dollars of equipment in the studio we were using to record with, and we paid $2,500 a day for lockout for the best studios. It was worth it because they had millions of dollars of equipment in there. And that’s why stuff sounded so great. 16:05

On upcoming projects – I’m probably doing another Shining Black album with Olaf Thorson. I’m working on some solo stuff right now, which is kind of exciting because it’s going to be a little different than anything else I’m doing. I’m trying to do, when I do different things, I’m trying to make them a little different. So it’s not always doing the same kind of thing. I actually have a heavy metal project that’s coming out pretty soon too, but I won’t mention that yet. But there’s something else coming pretty soon. 17:28