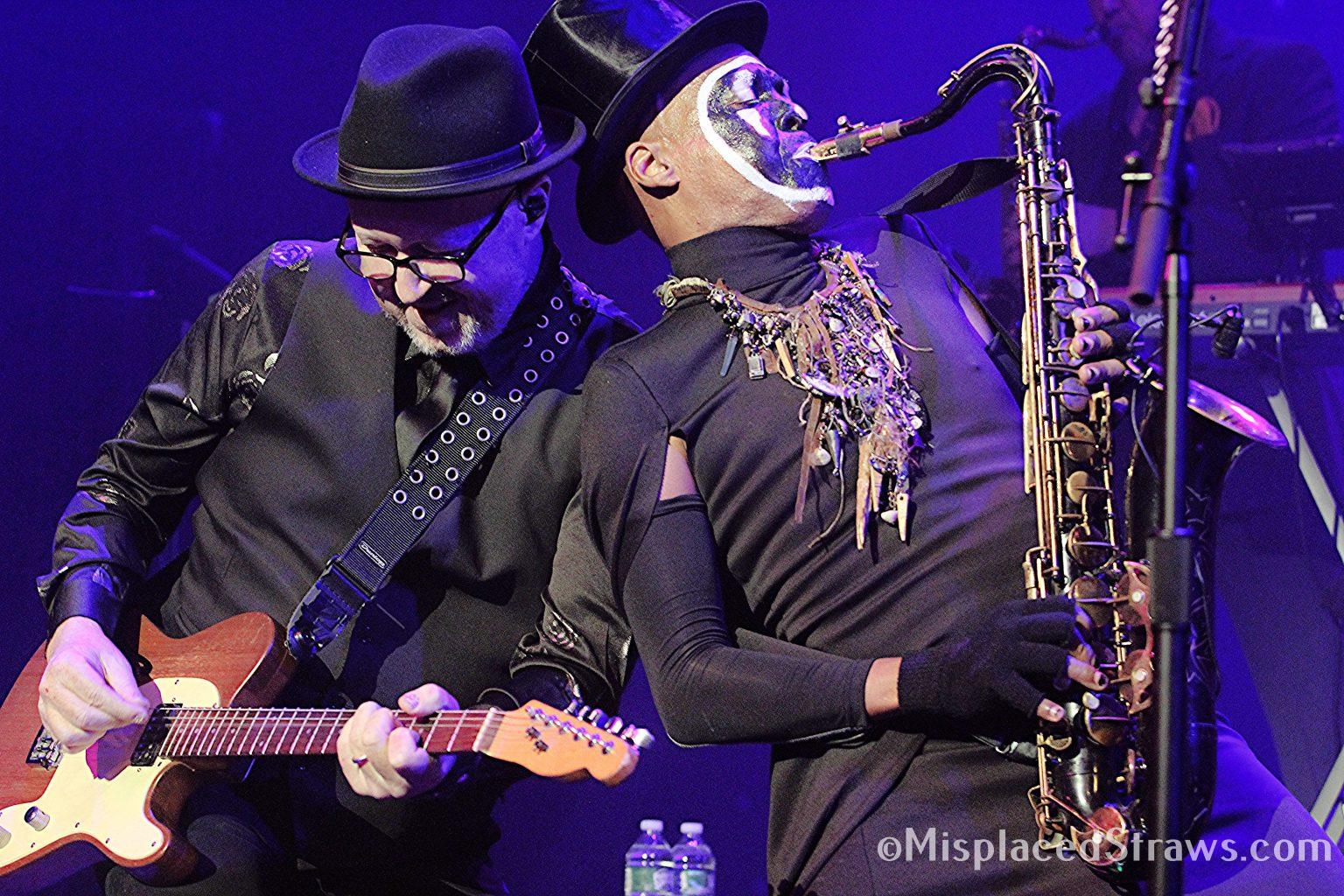 Celebrating David Bowie is probably the most aptly named tour in recent memory. First of all, it is the only tribute tour that is authorized to use David Bowie’s full name, second, this entire night was a total celebration. Rarely do you see a group of musicians have this much fun on stage. The night was filled with smiles and laughter from the stage.

While the core band remained the same, each song saw Belew, Rundgren, Moore, and Langdon revolve as vocalists. Each one seemed to represent a part of the Bowie persona. Belew showed the experimental side, Rundgren the rockstar, Moore brought the campiness and fun of Bowie’s music, while Langdon represented the classic crooning style heard across Bowie’s career.

While the music, led by Scrote, was tight and flawless, the vocalists were a little looser. At times it felt like a group of friends giving an impromptu jam, the lyrics weren’t always accurate but the fun and pure joy that came from the stage more than made up for it.

Bowie was a constantly changing and evolving artist, and Rundgren and Moore perfectly illustrated that. Both had different costumes and outfits each time they took the stage with Moore even having full facepaint at times. Each vocalist truly embodied the period of their song.

The night covered 30 songs representing Bowie’s entire career. The wide-ranging set covered roughly 17 different Bowie records, plus singles Bowie gifted to others, such as “All The Young Dudes” and “Pretty Pink Rose”. There was little interaction with the crowd, Scrote would introduce the singers and band while he and Belew talked a bit about Adrian’s working relationship with Bowie.

While Rundgren and Belew provided the major star power and lived up to that responsibility, it could be argued that Moore and Langdon stole the show. Moore’s over-the-top costume changes and trips into the crowd made the night a true, fun, celebration while Langdon’s incredible voice and keyboard playing channeled the essence of Bowie’s vocals and sounded spot-on every time.

As an avowed Bowie freak, I had high hopes for this show, and it certainly lived up to my expectations. Even at 30 songs, there are still tracks I would have loved to hear and that is the beauty of Bowie, there is always more to explore. Celebrating David Bowie toured the world prior to the pandemic and hopefully, this is just the start of an annual celebration that keeps the remarkable work of David Bowie alive for future generations.