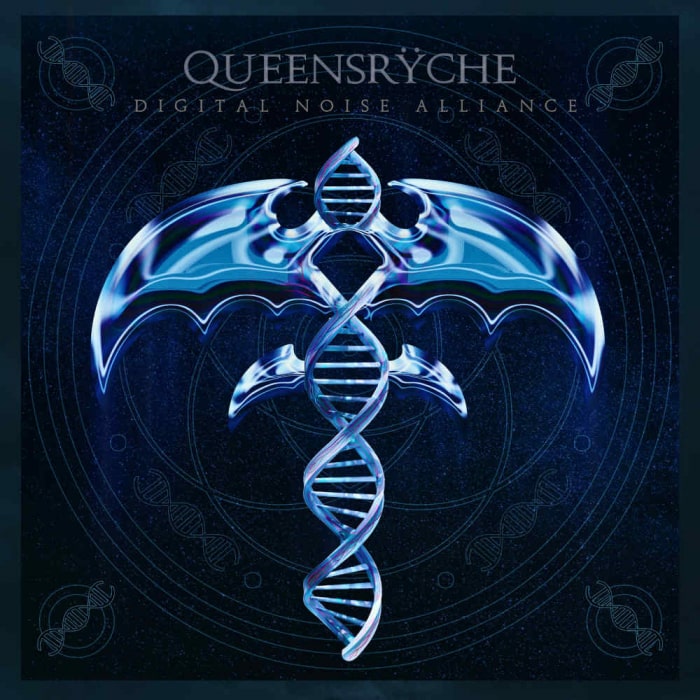 Queensryche has gone through many changes over the years, but the guitar tone of Michael Wilton has always made them instantly recognizable. The band is back with a fantastic new record called Digital Noise Alliance, and Michael recently took some time while on the tour bus to talk about it.

On if there was an adjustment in the studio with the return of Mike Stone and the addition of Casey Grillo – Not really, there were just, maybe, minor, minor details. If one of the songs had sounded a little different, we microscoped it maybe just embellished a part, so it was more like the original, but very few. Both of these guys are amazing musicians, and they’ve had plenty of experience touring so coming into the Queensryche machine, it was easy to get them placed in and comfortable so that the chemistry and everything, we could gel as friends. It was all very smooth, so there weren’t any hiccups or snafus or whatever, and it’s going strong right now. It’s a really good lineup. We’re just having a really great time playing live, we’re killing it. 1:26

On bringing Mike Stone back into the band – We had kept a distant relationship with him. But Eddie had his phone number still in his phone, so when Parker (Lundgren) retired, it was just natural for us to (ask), “What’s Mike doing?” Of course, I had lost his number, so Eddie called him and he was, “Sure, I’ll help you guys out”. 2:50

On developing the sound of the album – Well, it was very organic. It was on the spot improvised. Most of the songs started from a guitar riff. The songs were built that way, and because we were all in a room together, the ideas were instantaneous, they weren’t on email chains, trying to figure out, “Did he get the email?” “Was the file too big?” Obviously, that has its positive things, but when you’re in a room, there’s a bunch of guys bringing their A-game, they’re listening and giving their best opinions and ideas, it’s just so much more efficient. To reiterate what you said, we were basically coming up with five or six songs a day, so when we got to the point where our producer Zeuss said, “Look, guys, we’ve got 21 songs here, we’re gonna have to chop it down to 11 or 12”, and then that’s when you look at the type of songs you have. We did make a conscious effort to not have too many songs that were too similar sounding or that sounded relatively the same. I think this album gives a balanced menu of different eras of Queensryche. All encompassed in a modern format. Yes, we don’t wanna have 10 songs that are all at 120 beats per minute blazing, you want to have diversity and give the listener a journey. We do look at that. That’s something that you picked up and that’s really cool. 4:16

On if the sequencing of a record is still important – Absolutely. A lot goes into the sequencing. It can be built key-wise, you don’t want too many songs and the same key next to each other, and you don’t want different lengths of songs next to each other that are too similar. We sequence based on a flow, a flow of how the songs go. Because we still record in our minds as “Let’s record a record”. We’re old school. Okay. It’s about the listener listening to the whole thing, not just a single. It’s about, we wanna take you on a journey and enjoy from the beginning to the end of the CD or the record, or your pod player, or whatever. In our mind, it’s still meant to be listened to that way. 7:31

On the band’s relationship with producer Chris “Zuess” Harris – Well, this is Zuess’ third album with us, and he has many positive attributes that make it so easy for us to record with him. He did Condition Human, he did The Verdict, and now DNA, and we’ve built this relationship with him, and it’s a level of trust. If I’m writing a guitar part and he says, “Well, maybe it should go here, or maybe you should do this with it”, I trust him. I trust him with my music. He’s kind of the guy that’s outside the box looking in, and sometimes as a musician or as a band, you get married to the way you originally played it, so you only hear it that way, and he may hear it a different way, Being in a band and having someone with an outside perspective is needed for us because we get fixed in certain ways of hearing and writing, and he can be that spark that takes us in a new direction. Plus, he’s a fun guy to hang out with too. He’s a really cool guy…If you get too comfortable in your playing or you’re writing, it’s needed, it’s a jolt. It’s a jolt in a good way, it’s constructive, and it just puts you at the top of your game, you’re that much more above your comfort level, that’s what he strives for. 9:13

On the current Judas Priest tour – We did stick with the older songs (on the first leg) just because of the demographic in the audience. We got a new album, so you may hear a song or two in the set from DNA…The Judas Priest tour ends in December, and then the DNA headline tour starts in the spring time of 2023. 12:31

On if he ever thought about ending the band amid all the lineup changes – We’ve been doing this so long, Eddie (Jackson) and I, it’s like 40 years or something. But it’s more that Queensryche is the entity, and we’re just the moving parts in it. The Queensryche entity is bigger than any one individual. It’s the combination of all the individuals, and you just want the best possible outcome of the band members that we have. Over the years, people change, they wanna go in different directions and do different things in their lives, that’s all part of it, that’s kind of all the Behind the Music, business stuff that we have to deal with. It’s more about just having the strongest version that you can to produce what you’re doing. 13:36

On if he would do a project outside of Queensryche – I’ve done things on the side like licensing music for television and cable, the background music that you hear at a sports event or something. So I do that, I’ve done a couple of releases back in the day, I’ve done Soulbender. But yeah, I’ve got stuff in my back pocket. 15:03

On whether the Judas Priest Rock & Roll Hall of Fame induction will raise the profile of hard rock music – I think any way you can. Rock bands, metal bands, and hard rock bands, they make their living by touring now. Any marketing, any advertising is well worth it. There are adverse conditions touring now. Obviously, everybody knows it’s expensive. So a lot of bands just can’t tour. Things get more expensive, but the band’s incomes don’t go up, so it’s hard and everybody’s gotta re-adjust their bottom line. Any publicity for legacy bands I think is good, I think it’s healthy, and I think it’s gonna bring a lot of attention to Judas Priest, so I’m all for it. 16:11