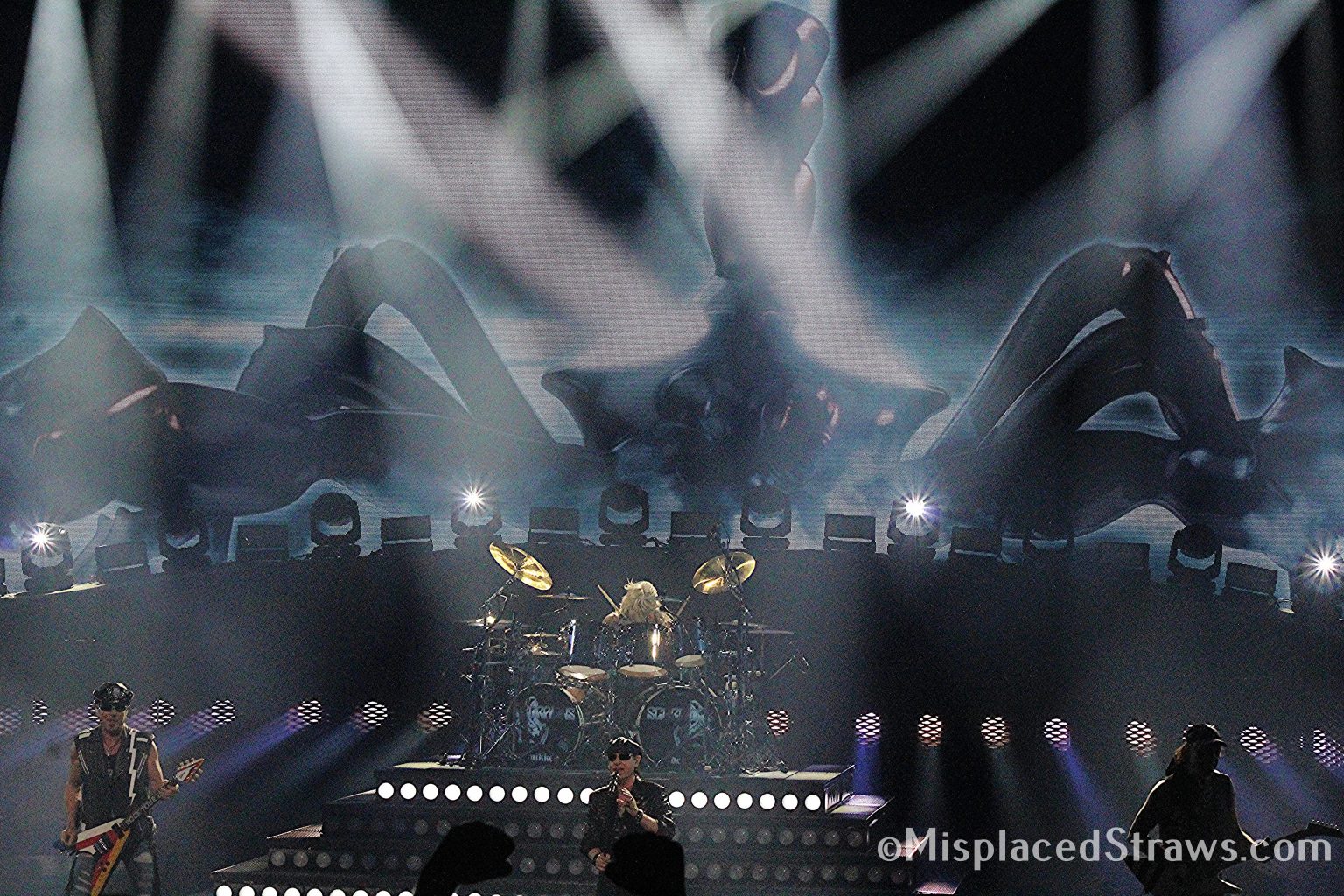 Having already flirted with retirement and celebrated their 50th anniversary, one could easily expect the Scorpions to phone in their performances in support of their current record Rock Believer. You would be dead wrong. The 2022 version of the band may not be as young as they once were but they can still rock the stage like few bands before or since.

Supporting the band on this North American run are Swedish rockers Thundermother. Led by guitarist Filippa Nassil, the band roared through an 11-song set in support of their new record Black and Gold. Thundermother’s combination of Motorhead, AC/DC, Suzi Quatro, and the Runaways clearly won over the crowd and provided a great start to the night.

The Scorpions hit the stage with “Gas In The Tank”, the aptly titled leadoff track from Rock Believer. It was clear from the start that classic members, vocalist Klaus Meine and guitarists Rudolf Schenker and Matthias Jabs, joined by later additions Pawel Maciwoda on bass and legendary drummer Mikkey Dee, had plenty of gas left. Meine sounded just as good as he did in the band’s heyday while the others played with an energy rarely seen by bands half their age.

In an era when legacy rock bands tend to release bloated, overlong records that don’t blend well live with their classic material, Scorpions seamlessly worked 4 new tracks (“Gas In The Tank”, “Peacemaker”, “Seventh Sun”, “Rock Believer”) into their set. If you were unfamiliar with their catalog, you could easily think the four were part of their classic material. More importantly, the new songs kept the attention of the packed crowd, something that doesn’t usually happen with new songs.

The night wasn’t all about the new record. The majority of the set concentrated on the classic period from 1979’s Lovedrive to 1990’s Crazy World. With the exception of 1988’s Savage Amusement, each record from that period had at least one track played. During this classic period, Scorpions were one of the great live bands in the world, that reputation is still intact. Killer musicianship and a massive stage show featuring banks of lights and video simply put other bands to shame.

There were a few nods to the age of the band. The set clocked in around 90 minutes and featured three lengthy instrumental breaks which gave Meine a chance to rest his voice. The length of the show, combined with the instrumentals and new songs did mean that some of the classics (“Still Loving You”, “Can’t Live Without You”) aren’t on the setlist, but the tracks that were played were done to perfection, including a rewritten “Winds of Change” which reflected support for Ukraine.

Ignored by the Rock & Roll Hall of Fame for decades, it sometimes feels like Scorpions don’t get the recognition and accolades some of their peers have seen. However, they are a band that truly continues because of their love of music and their fans. Every note played live, every song sung without backing tracks, Not every band of their era can say that and fewer can match the energy and passion Meine, Schenker, Jabs, Maciwoda, and Dee bring to the stage.