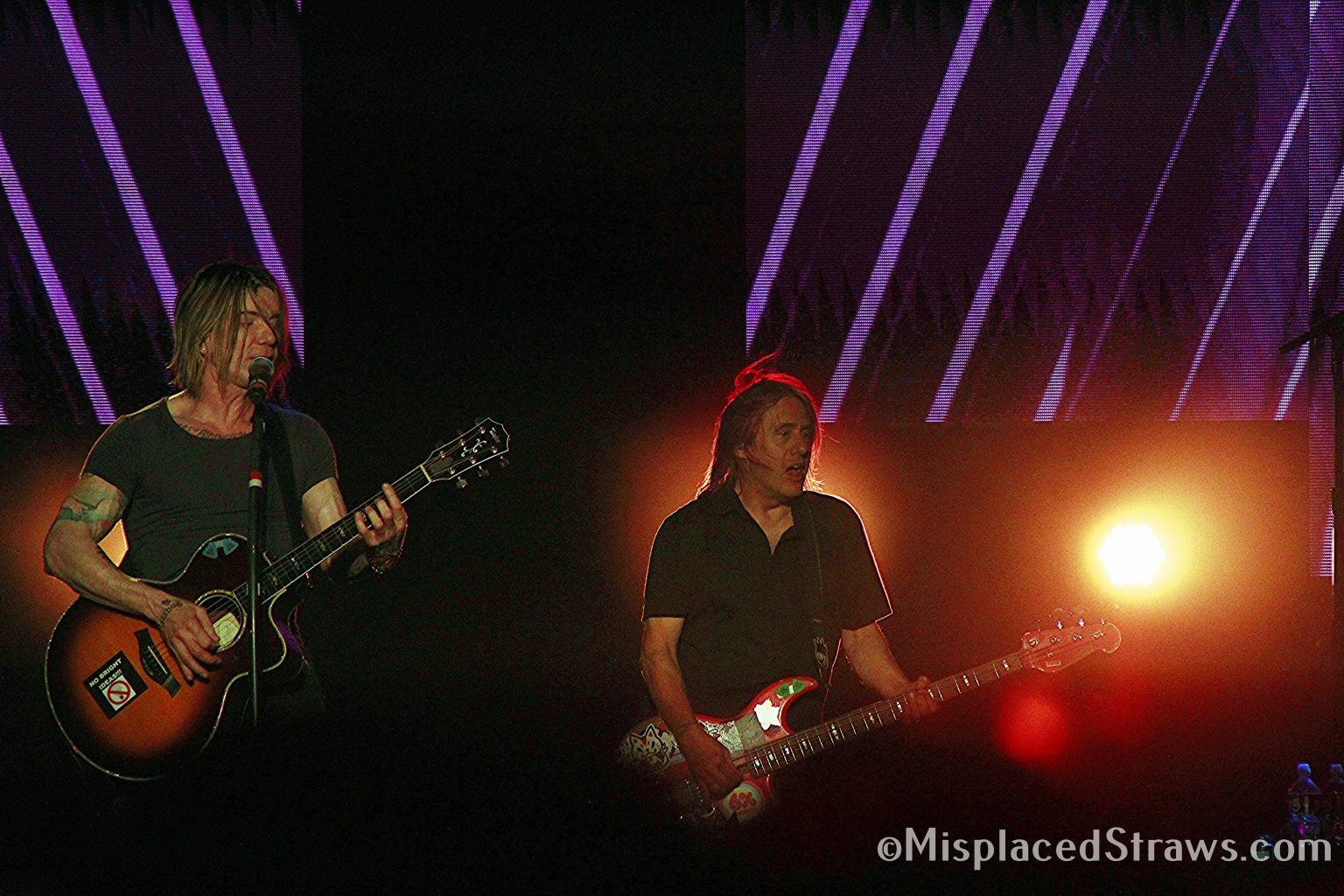 It’s not summer until Goo Goo Dolls hit the road. It seems like the Buffalo rockers have made a tradition of crossing the US each summer and, once again, the 2022 summer tour does not disappoint.

Joining the band on the road this year are Houston, TX’s Blue October. Led by charasmatic frontman Justin Furstenfeld, the band roared through an 11 song set that touched on its entire 20 year career. Backed by a fantastic band, Furstenfeld guided the crowd through a set that was equal parts rocking, emotional, and inspirational.

On the release day for their 14th studio record, Chaos in Bloom, Goo Goo Dolls took the stage playing their new single “Yeah, I Like You”. Fans that may be unfamiliar with the new songs didn’t have to wait long, however, as singer/guitarist Johnny Rzeznik and bassist/singer Robbie Takac launched into an impressive run of hits that few bands can match.

A Goo Goo Dolls show is literally two hours of constant energy and rapid fire hits. At times it feels like the second coming of the Ramones as Rzeznik leads the band directly from one song to another. If you’ve followed the band for any length of time, you will notice changes to Rznezik on stage over the past 5 years or so. He seems more comfortable with his place on stage and more willing to interact with the crowd .

Most bands that have been on the scene as long as Goo Goo Dolls (over 35 years) and had the success they saw in the 1990s are content to hit the road and play the same set year after year, recycling the old hits. Rzeznik and Takac have continued to not only release high quality new music that can stand up against their iconic releases, but they have enough faith in their audience to continue to play songs from their later records. The quality of songwriting on tracks like “Miracle Pill”, “So Alive”, and “Come To Me” leads to them receiving the same crowd reaction as “Black Balloon”, “Big Machine”, and “Broadway”.

As is tradition at a Goo Goo Dolls show, Takec takes center stage a few times each night with his upbeat, positive, punk rock-feuled songs. Later-era tracks like “Life’s A Message” and “Bringing On The Light” show the evolution of Takec as a songwriter and singer and have rightfully become staples in the live show.

Goo Goo Dolls are one of those bands that have far more hits that you think. The fact that they are willing to skip a few of them each tour in order to present a show that encompasses their entire career shows a confidence that keeps the crowd coming year after year as they know each tour will be different. There aren’t many bands in rock that can match the energy this band brings and yet they never seem to become complacent, always striving to bring the best show they can to an appreciative audience.