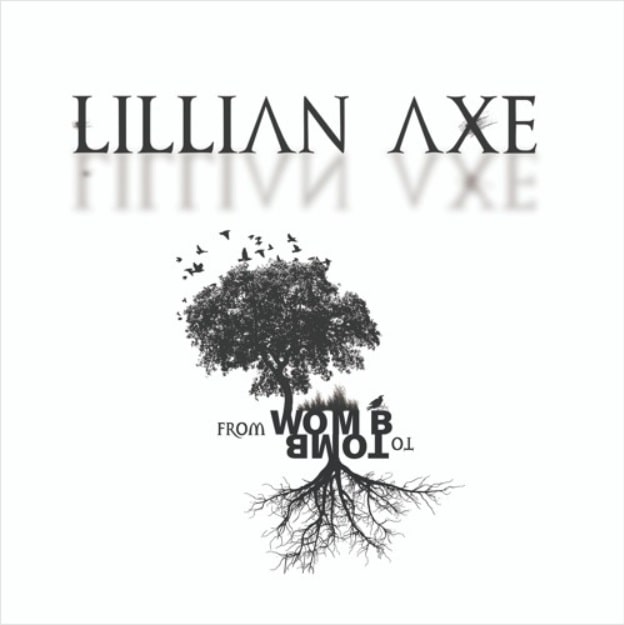 A Conversation With Steve Blaze of Lillian Axe

Guitarist Steve Blaze formed Lillian Axe in New Orleans nearly 40 years ago. After seeing some success in the late 80s and early 90s, the band underwent numerous personnel changes. They are back now with an ambitious new record called From Womb to Tomb and Steve recently spent some time talking about it.

On spending a long time working on this record – I was reminded by a friend recently that I talked about this record nine years ago. So that means that at least nine years ago, I had the title and the concept in my mind. I kind of feel like the concept and these ideas were always in my mind for my whole life, but I needed the right time because it is, for lack of a better term, conceptual, but not one of those tight, very well-defined concepts like some concept records will just tell a story from beginning to end about an event, so to speak. What I wanna do is, and I do it with all the songs and all the records are actually concepts and messages and ideas of learning throughout life in one way or the other, but this, I want to do a more of a chronological order from the birth of a child, which was a creation of a soul, all the way through to ascension into wherever we go next. My spiritual beliefs tell me that we go to go to Heaven next, but it’s just a start. So I wanted to use the ideas and lessons that I learned as far back as I can remember, from the beginning of my inception up until, well I guess what will happen in the next 50, 60 years, hopefully, longer. But these ideas and concepts are, I think there are prevalent in every single person’s life. I may learn about the existence of evil when I’m six years old, somebody else may learn about it when there two or three. All of our paths are different and the timelines are different, but I think the idea is the lessons, the concepts, all hit every human being, no matter what your path is at a certain time in their life. So I do have references to certain things that have happened to me, in my life, in some of the songs, but like it starts off with “Breathe”, which is the very first sound you hear is the sound of the unborn child’s heartbeat, which is not what you would expect, everybody thinks the heartbeat is boom boom, boom boom, and it’s not, it’s more of a swirling thing . When you hear the unborn child, the heartbeat is completely different, so then it starts off into my ideas on what it’s like right when the child is born up until the early childhood and when I started having memories in my life, the things that I think I was feeling and I was learning and all the way through to the end. So it’s conceptual in that it’s about the important elements of being a human being, but without it being a story, so to speak. 1:01

On approaching the record as a story – You can move around the record, every song is fairly distinct in its message, so to speak. But I urge people to, if they have the ability to sit and listen from the first heartbeat till the last reverberated chorus of angels at the very end of the album. It is a very fluid record, songs move into each other, not that they’re not connected, there are spaces between them, but some of them are very connected, but their interludes which act as bridges between songs and ideas. It’s like reading the novel, are seeing a movie to get the full gist of it and fully understand it, you really have to sit there for the hour and seven minutes and just with no distractions and let it flow through, that’s when you really get it. It’ll be the most impactful, I think. 4:46

On writing music while changing members and vocalists – I’ve always been a firm believer in the song is the song. The band is 40 years old from its inception, so relationships come and go, you gotta change members. The essence of the band is its brand and its legacy, and we’ve had some changes but every individual that is coming to the band has been a major part and a major addition to the band at that time. So I don’t really think one way or the other about, “Okay, well, here’s our new drummer, I gotta play according to him”, and the main reason is that when we are choosing a new member for the band, we know ahead of time whether or not kind of spiritually, if it’s gonna work or not, you know what I’m saying? Like Wayne (Stokely). our new drummer that’s been with us a couple of years, we’ve known him a while. His other projects that he’s in, Infidel Rising is prog metal. He plays tons and tons of double kick drum stuff. That is not as prevalent, maybe in a song or two with us, but we’re a different type. But Wayne is an amazing drummer, so he can play whatever works for the song, and so it works out. I don’t have to think about anything other than the song. People ask, “How do you put these things together?” And it’s really hard to describe because they just whirl around in my head when I’m writing, everything comes at the same time, and I hear the members in it, like I hear Brent (Graham) when I’m working on the vocal lines, I can hear him and he’s so versatile can do everything. Fortunately, have not been in a situation where I had limitations on how somebody could express themselves at their instruments, so it worked out very, very well to that we just have such a talented group. This album, be honest, I’ve had the idea and I’ve heard it in my head how I wanted it to come out and it exceeded the expectations, all the way across the board and the power with the sound scape. This is like this album, when you listen to it, it’s very wide and clear and crisp and powerful and punchy and dynamic, and it’s hard to get those elements on tape, so to speak, it’s hard. Do you have the right mix, the right eq-ing, are all the levels right? We had Ted Jensen master the record, who’s done a million records, he’s the top of the line, this guy is amazing. He’s done Hotel California by Eagles, Billy Joel, the new Ghost record, Guns N’ Roses, Madonna, you name it, he’s mastered their records. So we were fortunate to have him do this. He took what we did, and it’s like, he just amplified it. He didn’t change stuff, it’s like he just put his magic to it, and at the end of the day, it came out exceeding all of my expectations. 6:17

On getting lumped in with 80s “hair bands” when they really had more in common with some of the progressive rock bands – As a matter of fact, (King’s X, Queensryche) and Saigon Kick are the three bands that we’ve been put in the grouping of category and more than any other band in the world. That’s the group. And it’s usually with us, Kings X, and Saigon Kick, the three bands that were unique that never got their justification, and I rightly think so. I’m friends with guys in both of those bands. Jason Beiler’s a friend of mine, and Ty Tabor, they just realize, “Hey, you know what, we haven’t had the massive commercial success we deserve, but we’re good and we’re proud of what we’ve created in our legacy and our brand”, and that’s how we feel about this. There’s always tomorrow, we’re just gonna keep putting out new music, and we’re just gonna keep on moving, both of those guys are doing it too as well, and we just keep doing what we do, and if the world catches up, that’s good for them. So we just keep doing what we have to do and we’ve never become complacent. Even though our last two-day record was 10 years ago, we put a lot (out). We put One Night in the Temple out, we got a new deal, we played lots of shows, and we put out three months ago an anthology record with our new label called Psalms for Eternity. So we’re never sitting still now with a new label. I’m looking for the next record already. 10:28

On upcoming touring – We’re doing a warmup show here in Mandeville, where I live on the 13th and the 18th, we go to Gatlinburg to play the Monsters on the Mountain festival, which we’re really looking forward to. The next day, we drive to Atlanta and fly to the UK, and we do seven headline shows in the UK, Scotland, England and Wales, seven days in a row, turn around, next day and fly back. So we’re really looking forward to it. We’ve been to the UK about 10 years ago, we went there, but we did a one festival, we did a European tour, but was all the eastern half of Europe, and so now we get to come to the UK again and then hopefully back over to Europe and Japan later on, but we are in the process right now trying to set up dates for when we get back. A lot of it hinges on the record and what happens to it right off the bat. We have a new video for the first track, “I Am Beyond”, that’s the first, I guess you would say release for lack of a better term. I don’t think anybody does singles anymore, but “I Am Beyond” video is about to come out probably about a week, and that’s across between the Matrix, Tron, and Game of Thrones, imagine that. It’s phenomenal, the editor Todd Schmitt just blew us away. it’s unique. It’s a video I’ve never seen before. If we’re excited about that too, so that’s what we’re doing, we’re getting ourselves geared up to to get out and support this record. 19:41