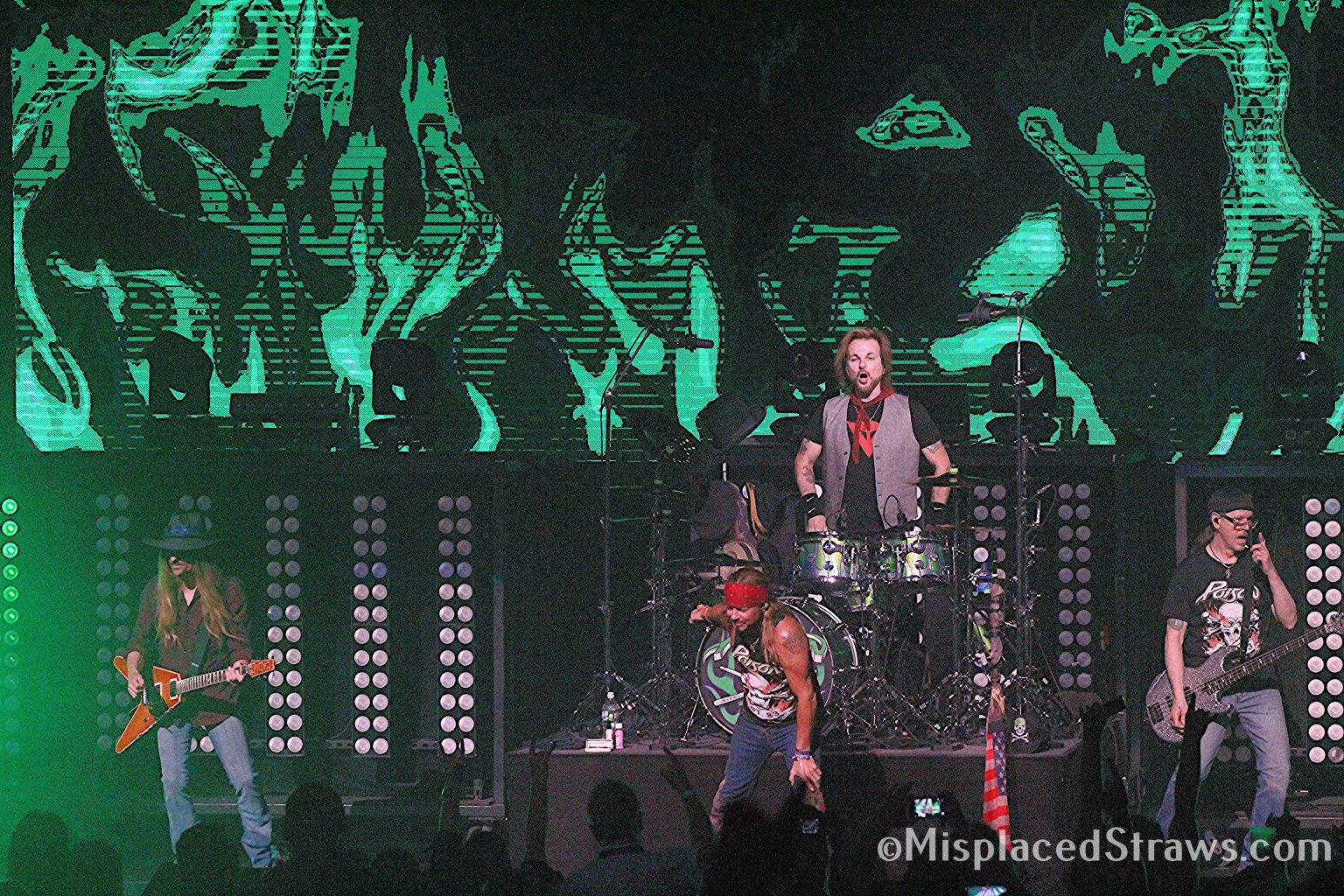 It’s been about a year since larger-scale concerts ramped back up after the pandemic shutdown, and after 2 years, The Stadium Tour featuring Joan Jett, Poison, Motley Crue, and Def Leppard finally hit the road. In between dates of that massive tour, Poison used a free night to perform its first headline show in 4 years at the Premier Theater in Foxwoods Casino.

Although the band has only played a handful of dates in the past 4 years, they came out firing on all cylinders, taking the audience back to the days when Hollywood glam ruled the music scene. From the moment Bret Michaels, CC DeVille, Bobby Dall,, and Rikki Rocket hit the stage playing “Look What The Cat Dragged In” until the last notes of “Nothing But A Good Time”, each member had a smile on his face that never left.

This show was a one-off headline theater date that was slotted in at the front end of The Stadium Tour but the band treated it as if they were still at Citi Field. Michaels repeatedly told the crowd how excited the band was to be back and how much they missed being in front of an audience. More important though, the band backed it up by playing with the same energy and passion they had back in the heyday.

The band expanded slightly on the standard set they’ve been performing in stadiums, adding “Something to Believe In” and “Cry Tough” to the mix. Even with those additions, the set only clocked in at around 75 minutes, it was pretty clear the audience and the band would have liked a few more songs. As the set ended, the members, Michaels in particular, stayed on stage thanking fans, throwing guitar picks and drumsticks, and shaking hands with everyone they could.

In addition to the core members, Poison also had an onstage keyboard player/backing vocalist. This addition allowed them to play every note live without the use of backing tracks. This was most evident when Michaels began singing “Fallen Angel” as the band went into “Cry Tough”. Michaels laughed it off and pointed out that mistakes can happen when you play completely live.

Musically, Poison may not get the same respect as some of their peers, however, over the last 35+ years there haven’t been many bands who are better live. Poison has consistently put on a fun show, bringing a party to every stage they play on. Unlike a lot of those peers, every note is played and sung live and still sounds fantastic.

After coming out of the dark days of the pandemic and into a country rocked by turmoil, there isn’t a better way to spend a summer night than watching Poison hit the stage and through a party like few others could.