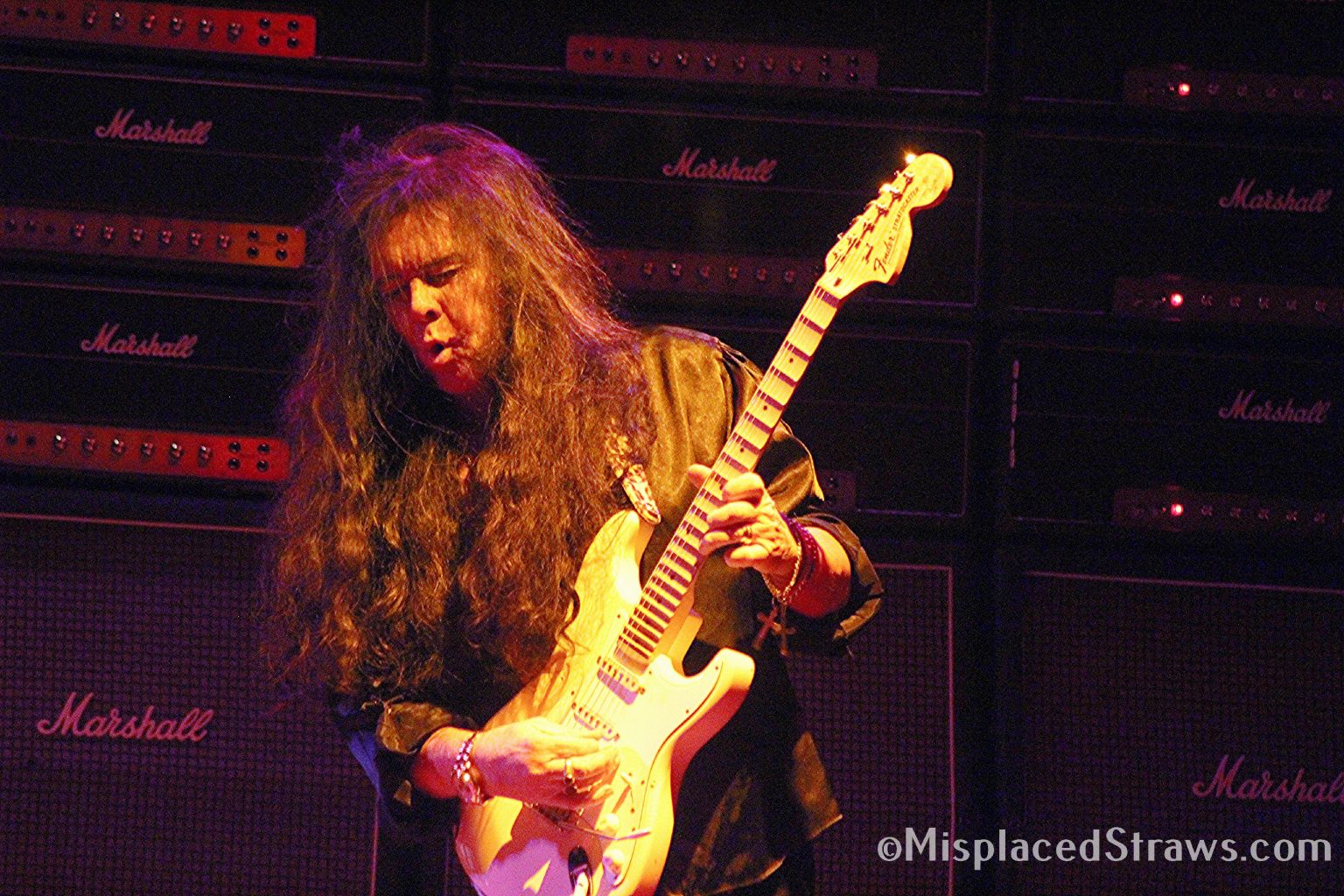 For guitar aficionados, the idea of a Yngwie Malmsteen tour ranks up there with Christmas. The guitar Maestro recently began his tour in support of the 2021 release Parabellum at Infinity Hall in Hartford, CT with direct support by Kurt Deimer, whose band featured its own guitar hero in Phil X of Bon Jovi fame.

The night began with Jessikill, a metal band hailing from Texas. Led by frontwoman Jessica Espinoza, known for her stint on X Factor, the band got the crowd to its feet with its brand of classic power metal with a modern twist.

Next up was Alpha Venturi, a three-piece out supporting their debut release. They brought a kind of generic, modern metal sound but definitely showed potential for the future.

Kurt Deimer and his band had the direct support slot and did not disappoint. Led by dynamic vocalist Deimer and guitar hero Phil X, the band tore through tracks that mixed Deimer’s unique vocal delivery with Phil’s monster guitar playing. Deimer doesn’t quite sing and doesn’t quite rap but falls somewhere along the lines of a hard rock Bob Dylan. Surprisingly, it works really well. Songs like “Burn Together”, originally recorded with Geoff Tate, and “Whatcha Sayin'” had the crowd up and singing along. Playing alongside Deimer gives Phil X the chance to step into the spotlight and show just how amazing a guitar player and singer he really is, an opportunity he doesn’t often get in the more structured Bon Jovi framework.

Finally, it was time for the main event. Yngwie Malmsteen literally changed guitar playing when he rose to fame in the 1980s. Through his most successful period, he was joined by singers like Jeff Scott Soto, Joe Lynn Turner, Ripper Owens, Mike Vescera, and others. His backing band featured people like Marcel Jacob, Cozy Powell, and Derek Sherinian. These days, that’s not the case. More of a solo show with a band on stage, the spotlight is firmly on Malmsteen.

The few vocal tracks in the set are divided between longtime keyboardist Nick Marino and Malmsteen himself. Marino handled songs like “Rising Force”, “You Don’t Remember, I’ll Never Forget”, and “Seventh Sign” while Malmsteen was at the mic for “Like An Angel”, “Smoke on the Water”, and songs from the latest records. While it was good to hear some of those classics, you can’t help but miss the immense talent of the lineups that recorded them originally.

Of course, the highlight of any Yngwie show is his playing, and that never disappoints. Malmsteen makes the most complicated pieces look effortless while always being the consummate showman. Perhaps due to the lack of a traditional lead vocalist, the set at times felt weighed down by the instrumental passages. As it was a smaller crowd, you can’t help but wonder if going back to a lead vocalist would allow him to play more of his material to boost the crowd and bring in fans of his music beyond just the “guitar guys”.

An evening watching a master at work is always entertaining, but as I’m watching Yngwie and his band I can’t help but think about another guitar god with a different approach, Michael Schenker. With SchenkerFest, Michael hits the road with a cast of singers who have recorded with him throughout his career, allowing him to play all eras of his music with authenticity. While Yngwie may never bring back all of his old singers, one can only hope he considers the possibility.