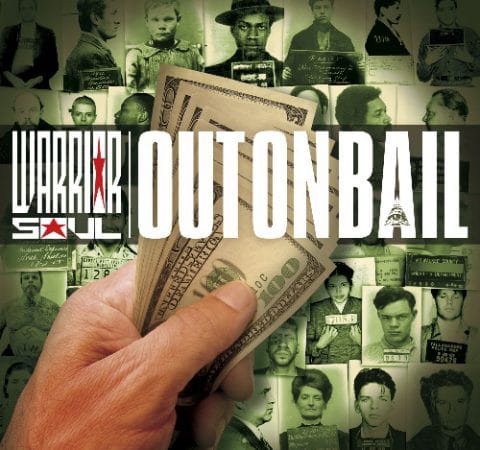 A Conversation with Kory Clarke of Warrior Soul

Warrior Soul burst on the scene in 1990 with their scathing debut Last Decade Dead Century. That record ushered in an era of socially conscious metal that still continues. By mid-decade, cracks began to show and the band fell apart. Frontman Kory Clarke reformed the band in 2007 and they are about to release their latest album Out On Bail.

On the current lineup of Warrior Soul – It’s a Christian Kimmett from Edinburgh, Scotland, he’s playing bass. The guitar player, the main guitar player is Dennis “El Guapo” Post and he’s from Denmark, Copenhagen, and on drums, I’m using John Besser and Ivan Tambac, from Spain, and John Besser’s in Staten Island. So they’re all over the place. But that’s the core group. I’m using, for the actual title track, that riff is written by John “Baby H” Hodgson from Low Drive, a really great band from Sheffield, England. :57

On allowing all members to write and contribute – I mean, obviously done on purpose, So I’ve been working with these guys all these guys, except for Dennis from Copenhagen, he’s the newest guy, we’ve done three records. This is the third record with him. It makes a big difference when you’re not just not getting guys that are just guns for hire kind of thing. To be on the road with people, having them play your material a lot, that really makes going on to the next thing, kind of a real, natural progression. So I’ve got a pretty good stable of musicians that work with Warrior Soul, and when one guy is out on a tour with somebody else, I have another guy that I’ve been working with for years as well, I can call up, so it’s a good, big family. 2:16

On the story behind “Out on Bail” – Oh yeah, well, I was playing with a band called Dirty Rig for a few years, and we did an album and a couple of videos, etc. When it came time, I said something wrong, I think, at the bass player’s wedding to his mom, and he ended up…well, they fired me from the band, and told me he was taking all the publishing, anything I’d written was going to be re-recorded and all this shit, and I tell him to fuck off. I said, “I’m fucking come out to fucking Long Island, I’m gonna be meeting you with a fucking baseball bat and I’m gonna put it right over your fucking head”. So he had some friends, APAC friends that knew detectives and judges and things like that, so they took the message off the machine and the guy, the detectives in Brooklyn, they were searching for me for two weeks. They could never really catch me because I was always at the bar and different bars at that because I knew they were after me. So finally, the guy just said, “Look, we know you probably weren’t gonna really do this”, and I’m like, “Yeah, it’s just a figure of speech”. He goes, “No, it’s not”. He’s like, “If I’ve gotta find you, I’m gonna send you up to Rikers Island until you get a court date”. He goes, “But if you come in, voluntarily, and I don’t gotta chase you around, I’ll put you in a cell it for about a couple of hours, and you’ll fingerprint and all that, and then you’ll just have a court date and you’ll get probation”. So that’s what I did. I had my girlfriend come with me, she sat there, it was funny. I lost a gig but got a song. 3:27

On the new track “Cancel Culture” – Well, I was pretty much taking the piss out of Geffen records and what they’ve done to me. I’m just saying, I’m the poster boy for cancel culture because they cancelled me after Geffen, and that’s why no one knows about me. I thought that was pretty funny some of the lines like, “Laughing at La-La Land and I watch your houses burn”. It kind of tells my story again, just people jacking you for actually just wanting them to promote you in a good way and stop paying so much attention to Nirvana and Guns N’ Roses, there’s other people in the label, guys. 5:57

On Rage Against the Machine succeeding with a similar message – Well, those guys had a funky feel to them, that was more of that of a rapping, funky feel, and then a black lead singer. Politics apparently is only allowed to be talked about by black guys or Mexican guys, white guys aren’t allowed to complain about politics, in music, apparently. I don’t know why. I mean, the Pistols did it. They didn’t like them either. Those guys were really successful because they wrote really catchy, funky kind of thing, whereas I’m a straight-up rock dude. It was more skateboard, I’m more intellectual. 7:23

On if he thought the themes he wrote about 30 years ago would still be valid today – No, I didn’t, I’m sorry, it is. But what are you gonna do? The corporate ghouls, banking scum, all the people that try to control and steal elections, they’re there. They make a lot of money doing that shit. What are you gonna do? Yeah, I’m one of the only voices around that does it with some humor and kinda get it. I love the lines in “Hip Hip Hooray”, “Freeze his body, put his kids in a cage”. That’s pretty good. 8:53

On whether living outside the US gives him a different perspective – I guess you could say it does. It makes me happy that I’m not there. I still feel completely connected in the sense that we are such a global planet and the US has got so much reach and so much influence over everything, I’ve gotta fight for what I believe is democracy. Let people vote it. People, honestly want to have Hitler being their guy for the President, I guess people can vote Hitler in if they want. I fight for what’s right, I think. The things that we’re seeing the Republican National Cult getting into now, trying to take everyone’s voting rights away and trying to put Republican legislatures in charge of counting votes, dude, that stuff we have to stop. That just ends democracy, doesn’t it?10:07

On recording a record with members in different countries during the pandemic – It’s harder to mix, that’s for sure. It’s much harder to mix. As far as recording and stuff, I’m pretty happy not going to the airport. I don’t mind not flying right now, and I wear three masks to the shops when I go out. As far as recording, I think mixing is the one where it really is hard, because little changes that you need in the mix, if you’re mixing with somebody else and they’re not in the room, it takes hours and hours and hours of sending emails back and forth to the mixes. It’s just a pain in the ass, other than that, it’s cool. 11:53

On Warrior Soul finding their footing in a streaming world – My demographic, as far as audience age, is people that still listen to albums like that. The people that are under 20 that listen to Warrior Soul records have barely existed. I’m trying to reach out more. Working with Spotify, trying to find new listeners that are younger maybe, but my guys, I don’t really have that problem because all my guys want me to make big, strong, pointed albums that they can get into. I’ve released two singles on this record already, and I’m gonna release “Hip Hip Hooray” on March 4th the day the album hits. 13:21

On if Warrior Soul will be able to tour for the record – Well, it has been waiting to see for the last 24 months, but I have a tour booked in the UK for May, which I still think it’s a little bit early to go. But November, I’ve got stuff in Benelux, which would be Germany, Netherlands, all those little countries up there that are cold and have great beer, that’s coming up in November. I think that’s probably what’s gonna be the next touring I do, Believe me, I have done plenty of touring and I don’t really give a damn if I go out, and I don’t need my ego stroked anymore that it is. 14:25

On if he planned to celebrate Warrior Soul’s 30th anniversary during the pandemic – Fortunately, I own everything. I had a very good contract when I signed it. We were gonna do a 30th-anniversary show. We had t-shirts, 30th anniversary, made Yeah, we were ready to just use that as a nice promotional tool to remind people that were still around, but everything got screwed. So what are we gonna do about it? We’ll do the 31st anniversary. 15:36

On working with the original lineup – I try to put it back together in 2000. We did a Best Of, re-recorded album called Classics. But once the milk is spoiled it doesn’t work. I was very into, going for it, but then the guitar player is like, “I don’t wanna listen to you anymore, I wanna just do my own thing”, and I’m like, “Well, that’s not gonna be Warrior Soul because you’re a fucking idiot”. And then Mark (Evans) obviously was murdered in January 2005. I did a tour with Pete McClanahan on bass, still a massive bass player, great guy looks amazing, fucking awesome. But, just forget it, I’m not doing it. The musicians I got right now are absolutely top-notch. 16:41