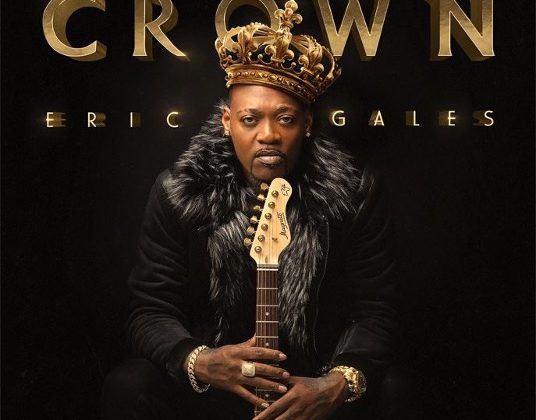 Some people just play the blues, others lived them. Eric Gales has done both. He emerged in the early ’90s as one of the great young guitar players before falling into addiction and eventually, serving time in prison. None of this ever stopped him from playing and telling his story. On his new record, Crown, Eric tells his story and shows that after all these years, he is still a major force in blues guitar.

Please press the PLAY icon below for the Blues Fix with Eric Gales on MisplacedStraws.com –

On the autobiographical nature of Crown – Well, to be really honest with you, man, somewhere in all of my previous records is my autobiographical story. I generally talk about things that I’ve been through, but for some reason with the state of the world and where it was in, we dug a little bit more deeper on things that I felt really needed to be talked about and give people a little bit more insight on things that I’ve been through, things that we currently deal with, and change that is desperately needed in this world. :56

On whether his lyrics are cathartic for him or help for others – I would say half and half. Telling my story, purging, helps me, and at the same time, I tell my story because someone listening, if not themselves, has a close family member that’s going through the same things that I am talking about in a song, or got a close friend or a loved one somewhere that’s in the same predicament and its hope for them as a person that cares for someone in addiction or in a situation or the person that’s addicted. It’s just let them know that this guy has been through hell, and he, with the love and support and grace and mercy from a higher power, and the warm loving arms of my significant other help me see that there was a thing out here called Life and I wasn’t living it. I just came up on five and a half years (sober), three days ago. In the anonymous programs, you don’t really celebrate half years or whatever, but I have to go outside the parameters a little bit and just say any day still going forward is a stride toward the right direction. For some of those that are not even aware of being an anonymous program out there that will help you and have no savvyness about that to them, they don’t know the significance of mile markers in the clean and sober community. For those that aren’t aware, any day above ground, still going in the right direction, and being able to give hope to somebody, that’s a good thing. 1:58

On creating a conceptual record that demands respect and change – I haven’t quite heard it that way, but that is a pretty accurate assumption. I hesitate to use the word “demand”, but in some cases and scenarios, that word fits properly. I have paid my dues. I’ve been in the fire. I’ve been in the fire, not too close to the fire, I’ve been in the fire for quite some time, and to make it out of that alive and still have all my working organisms and can still play, even though it’s a little bit, I could still play and try to encourage someone else. That is a milestone of an accomplishment. Joe (Bonamassa) encourages me to not be ashamed of that. If that’s something that the world needs to know, then don’t be ashamed to let them know, “Hey man, I didn’t just start yesterday. I’ve been here for a minute”. Now I have now elevated myself to the level of where my peers (are) and I can look in the mirror and be very proud of accomplishments that have come before me. 4:51

On how he reunited with Joe Bonamassa – Joe has these cruises that he does. He just said, Eric, man, I know that you’re back on the right path, and let’s just go blow them away”. He picked the song and we got up there and it was like old times. It was wonderful. We cried we hugged each other. It stirred up something, and within a week or two that clip had been in the millions of views and the world began to notice that Eric Gales is back with a vengeance. When I say “back with a vengeance”, it means that I’m here and I’m not looking back to who I once was, things are going forward and my eyes are on a prize much higher than anybody can see. Joe recognized that and if he said to me, “I’m gonna do everything that I can to make sure you get where you deserve to be”. 6:24

On collaborating on his records – All of my records, I’ve worked closely with colleagues. Mike Varney at Shrapnel, I consider him still a dear friend of mine, and a lot of the things that we did, I still hold near and dear to my heart. Matt Wallace, the producer with Faith No More, and myself off of the Bookends album. Fabrizio Grossi, who produced Middle of the Road. All of these albums are essential moments for me, but this one is the next tier in the songwriting and my vocal work in the songs, it’s a different thing I haven’t done. None of my records, I’ve done this way. When I say “this way”, I kinda let go of the wheel and followed suit on a few things, but quite a bit of it, I not necessarily had to demand my input, but voice in my opinion, and it was heard. It was a great collaboration. I called it a meeting of great minds. I think we knocked one out of the park. Most, if not everybody that I’ve spoken to, the word “Grammy” has come out of their mouth about this record. It won’t be this year, but next year I’m coming. Good luck to everybody that’s in, Joe’s in there this year, Kingfish is in there, Steve Cropper’s in there, all friends of mine, and some others that are in there. My hat’s off to all of them. That’s a high achievement, but we put some work into this record, we’re really proud of it. 7:45

On the brief instrumental pieces in between songs – The thing behind those was that me and Joe talked about, so the things that inspired us coming up as young lads and still do. So we would hear an Albert King record or a Bobby “Blue” Bland record or a Freddie King record, and at the end of an A side, it would be maybe 30 seconds of a serious groove, and it was faded back in on side B with 30 more seconds. You would just hear something that would make you want more, and that was the idea, He said, “Let’s do it”, I was like, “Let’s do it. Let’s put a couple of little pieces on here that make them say, “Wow, I wish it was more of that””. That idea, maybe those grooves, are potential songs that I use on the next record. 9:51

On how his generation of guitarists really changed the blues – That’s a good question, I don’t know. For me, as you mentioned, there are multiple different inspirations and influences that I pull from. Maybe that may be the thing that is possibly appealing to this new generation because of all of the different elements that they hear in an Eric Gales show. They say, “Well, I’ve never heard it done like that”. That I think is the way that evolution is supposed to be. It’s supposed to show through you how you were influenced by what you were influenced by, but also to your own fingerprint, your own DNA, blended in your perspective of it. Why go to a music store and buy an imitation of someone when you can go a few rows down and buy the real thing. So my brother told me that quote at a young age, and it stuck with me for the to my life, that’s not given any degradation to predecessors before, but it also, at some point needs to stamp validation for you in the present day time. 12:20

On if Crown feels like the end of one chapter and the start of another – Yes, I can say that it does. It’s not really something that’s that new as it pertains to me, because I’ve been doing this and speaking about myself and playing from my heart and soul, and giving a million percent every night when I hit the stage, so that has been there and the whole time. I guess now the world is finally catching on. So to them, it could seem as though it’s a closing of a chapter and the opening of a new one. To a lot of people that’s gonna be a book that they just opened for the first time, so who knows? The fund will be in the journey of going back 18 records. So, however, if it works going forward or work going backward either way. It works for me. I look at me, I played backward and upside down, so I’m way to be the way. 13:51

On upcoming tour dates – But we got dates on the books that we’re looking forward to making happen, and we’re trying to go forward. We have some UK dates at the end of March, we got to two cruises, the Rock Legend’s cruise, the Joe Bonamassa cruise. We got a lot of things coming up and plan this year, and we hope to see them all through. 15:07