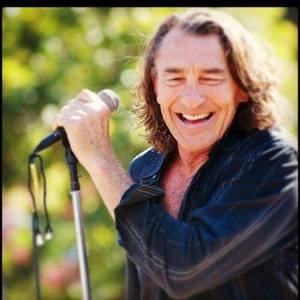 A Conversation With The Tubes Frontman Fee Waybill

Few bands in music history have a story quite like The Tubes. They made their name by being one of the first bands to combine theatrics with rock in stage shows that are still talked about to this day. The Tubes are about to hit the road again, performing their classic album The Completion Backward Principle and other hits. In addition, vocalist Fee Waybill also released his first solo record in over 20 years, Fee Waybill Rides Again. He recently took some time to talk about all of it in a totally entertaining new conversation.

Please press the PLAY icon below for the MisplacedStraws.com Conversation with Fee Waybill:

On continuing their pre-pandemic tour celebrating The Completion Backward Principle – We’re continuing with that. Almost all of the dates, I think that there was only one date in all of these dates we have coming up in October that where we had done it before, so all the other days are brand new dates where we’ve never done it. So we just stuck with doing it and it was a lot easier, believe me, it was a lot easier to go back to rehearsal with something that we had been playing for six or eight months, pre-pandemic, and rather than come up with a whole new concept. It was easier, but then again, it’s a great show. I really enjoyed doing it and it’s really fun. Usually, we opened the show with “Talk To You Later”, which is the first song on the album, and in the past, that was always the closer and people love to sing along, and so we open up with it, and we did it a few times, and then at the end of the show, people were looking around going “Where’s “Talk To You Later”?” So we do a reprise at the end of the show again, because that’s one of the ones they love to sing along with, I love people to sing along with me, it’s great. 1:00

On whether his famous characters will make an appearance – I think I’m doing what, maybe eight costume changes or 10 per show. Yeah, we’re still doing that. We don’t have 35 people on the stage anymore like we used to, but yeah, I’m doing Quay Lewd with the big shoes and I’m “(Mondo) Bondage”, and I’m doing, “What Do You Want From Life?”, “White Punks on Dope”, then there are a number of other characters kind of involved in The Completion Backward Principle, kind of twisted businessman characters. That’s kind of my thing. It’s very difficult to just stand there. Although the focus has changed for us, which I like, the focus used to be massive theatrical with dancing and props and sets, and I think when the focus was there, a lot of times the music was the songs had become secondary, and now we’ve kind of realized, gosh, like you said, almost 50 years later, these songs really stand up. Now the focus is more on the music, and there are a few songs where I don’t actually do any characters, I just stand there and sing the song, which is great. So I’d like to transition that way because I’m so proud to be playing with these guys, they’re such good musicians. Everybody is so good. Roger’s (Steen) solo on “Don’t Want To Wait Anymore”, it’s just blitzkrieg, it’s amazing. Whereas before, it was rush backstage and change it to another costume, and now it’s not rushed where we kind of interspersed costume with the music performance and so it’s a lot more fun for me. 2:55

On whether he thinks The Tube’s music was overlooked because of their stage show – Yeah, absolutely, I do. I think we’re getting it now though because they still stand up, the songs stand up, and we’re still out there and doing this and a lot of bands aren’t. A lot of bands can’t say their songs held up for 40 years, and everybody wants to still come and see them. So I think finally, we’re getting the due that was maybe overshadowed by a dog and pony show. 5:51

On most of the original band still touring – That’s the way it’s always been. We’re really fortunate to have four out of five original members. Originally it was a seven-man band and broke up for a while, we just got burned out on just traveling and the Bus, eight months a year, nine months a year on a bus, and I just couldn’t take it. Then when we got back together, a couple of guys had dropped out, Mike Cotton moved to New York and he’s become a graphic set designer, and Bill (Spooner) got remarried and his second wife doesn’t want him to go on the road, happy wife, happy life. So he’s actually teaching up in Northern California. We’re lucky, we’re lucky to still be healthy and have hair. 7:02

The same kind of thing as far as The Tubes going on, making a new record. It’s years and years, we get together and we write a song and record a song. We’ve got maybe five songs, that are partially done, that have tracks and instruments, and lyrics and vocals. The problem is, I live in LA and everybody else lives in Northern California, either in San Fransisco or in the East Bay or some place. So it’s just like a logistical problem to gather and have everybody’s schedule coincide. But it is gonna happen. 8:50

On the possibility ot touring with Richard Marx and acting – We’re planning on doing a show in January, I’m planning on doing a solo show here in Los Angeles, at least to start. We’ve got some offers in and he’s got a huge schedule plan for 2022, he’s got, I think, more than 100 shows lined up, but January is wide open. So in January, we’re gonna get some friends together and put a band together, and I’m gonna do a Fee Waybill solo show with Richard on guitar and vocals with me, I’ve never done or solo show after all these years, I have never done anything outside The Tubes. Only acting gigs. I do the summer stock theater in Michigan, the Barton Theater, which I’ve been working at, acting only. Well, that we do musicals, one done “Rocky Horror Show” for about 100 times playing Frank N. Furter. I’ve done “Spamalot”, the Eric Idle/Monty Python musical, which is great. That probably my favorite of all time. My favorite play to do, it’s so great. I played King Arthur in it, and it’s just so much fun. It’s weird because King Arthur doesn’t really have any of the funny lines. It’s all his reaction. That’s how you get the laugh is the reaction. Whereas with “Rocky Horror”, Frank N. Furter has all the funny lines and then so you get immediate response from your line from audience. It’s funny, but that’s more difficult, I think, because especially “Rocky Horror”, there’s a whole script for the audience, they’ve got all these lines, all these retorts to Frank N. Furter’s lines, Brad Majors, “Asshole”, the audience that comes to see it, they know all these lines. So the problem becomes, when I say the funny line, there’s so many people in the audience that wanna be first, and they blurt out their line before I’m even finished. Step on me agian, and again, and again. 18:00

On if his love of theater as a kid led to his characters in The Tubes – When I was in high school, I was in a singing group and at Scottsdale High in the 60s, we had a gigantic Theater Arts department, a lot of that’s gone by the wayside. We had a3000-seat auditorium, and we had a full-size 60 x 40 stage, it was amazing. We had a theater arts room, and we had a speech room, and we had a room where they taught you to build sets, like a carpentry room. Tirector of the Theater Arts department was a guy named Joe Esly, and the guy was just brilliant, he was brilliant, and he took me under his wing. Well, the way it started was my mother was a singer in Omaha, Nebraska, she was a singer, and she used to sing with big bands that would come to town on tour. Sometimes they didn’t carry a singer along. I’m actually reading this book right now about Frank Sinatra and he started as a singer in a big band, like Tommy Dorsey. Bands like that would come to Omaha and they would hire my mom to sing, and then she got married and she had kids, and we ended up moving from Omaha to Scottsdale, Arizona, when I was about five or six. But the love of singing was still there. She loved Broadway musical sound tracks. So we had a ton. We had “Carousel”, and “Oklahoma”, “Sound of Music”, all of them. My favorite one was “West Side Story”. When I was a freshman in high school, they had a group called the Scottsdale Singers, and it was a really famous choral group of about 40 people, 40 men and women. They would go to all these state competitions for choruses, and they would win every year. They were like the big time singing group on Phoenix. It was a varsity group, there was usually only juniors and seniors in the group, and they did material Handle’s “Messiah” every year and baroque to Bach and all these really complicated pieces. So I wanted to be in the group. You had to audition to get into the group, and the summer before my freshman year at Scottsdale High, I auditioned for this cast. There was Joe Esly, and then there was the guy that ran the freshman version, Debs Valentine was his name, and so I auditioned and I sang “Maria” from “West Side Story” because I had it at home and we had listened to it a billion times and used to walk around the house singing all the time, my mother and I. It never really kinda rubbed off on my brother or sister. We sang so much that my dad had to invoke a rule, “No singing at the dinner table”. I sang “Maria” as an audition for my freshman year, and they put me straight into the varsity Chorus, straight into the Scottsdale Singers, and I was the first person, man or woman that ever, as a freshman, got put into the Scottsdale Singers.This guy, Joe Esly, said, “Man, you’re really omething else, and you’ve got a great voice”. He would give me solos. The rest of them didn’t like me a whole lot because I was getting the good parts, but he also directed all these plays, so every year we would do like three Broadway musicals every year. We did “Sound of Music”, we did “Music Man”. We usually did two musicals and one drama, and I “Cyrano de Bergerac”, pretty weird and a bunch of different plays all through high school. Then I went to Arizona State University, I decided, “Oh well, I don’t wanna be a musical comedy kind of actor, I wanna be serious. I want to do Shakespeare and I wanna do Ibsen and Chekhov, and these really heavy dramas. So that background, that kind of spawned the whole theatrical aspect of the band. Prairie (Prince) was an artist and so Prairie and Mike created all of our album covers and photographs and sets and everything that we did, we pretty much did ourselves. It was all part of our history….Imagination is the completion backwards principle, imagination creates reality. 22:16