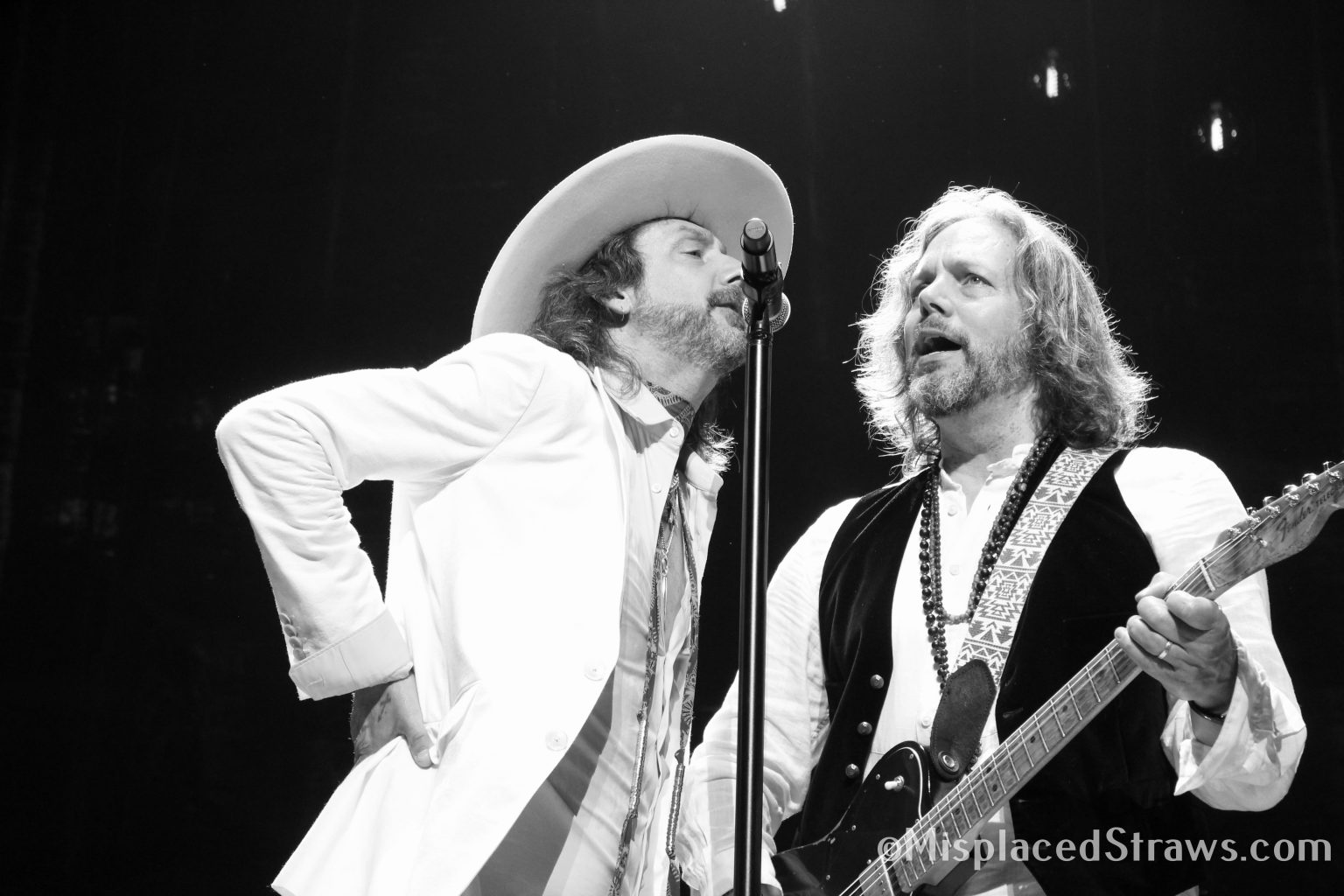 For those of you that like to just cut to the chase and see the photos, the bottom line is that this is the best night of rock n’ roll you will experience this year.

For those interested in the details…It’s not often anymore that we see a major act on a huge tour add support by a young, hungry band with the capability of winning over an audience. In the ’80s and ’90s, incredible package tours were the norm, now it’s a rarity. It takes a headliner secure enough in their performance to bring a killer new band out and give them nearly an hour in front of their audience. In recent memory, only the Foo Fighters bringing the Struts on the road ranks with the Black Crowes taking out Dirty Honey.

Dirty Honey took the stage in front of a sparse crowd and launched into “Gypsy” from their recently released self-titled debut record. A few seconds into the song and there was no doubt, these guys are rock stars. The tone and strength of frontman Marc Labelle’s voice immediately grabbed the crowd and forced them to pay attention. For a relatively new band, the four members of Dirty Honey instinctively know how to own a big stage. While bassist Justin Smolian and drummer Corey Coverstone laid down pounding rhythms, watching Labelle and guitarist John Notto work the crowd brought back memories of the younger days of another LA band, Guns N’ Roses. Song by song, more of the crowd began to stand and cheer louder which only pushed the band to even greater heights. With only an EP and one full-length record out, Dirty Honey doesn’t have a ton of material so they ran through most of their recorded output, included a blazing cover of Aerosmith’s “Last Child”.

After seeing what this band can do on stage, there is no doubt that Dirty Honey is the leader of the new wave of rock bands. If there was any justice in the music business, this would be one of those occasions where those of us that saw the band open this year would be seeing them headline the same arenas and amphitheaters next summer. If you plan on seeing the Black Crowes this summer, do yourself a favor and do not miss Dirty Honey.

After catching your breath from the Dirty Honey set, it was time for the long-awaited, pandemically delayed reunion of one of the great American rock n’ roll bands, the Black Crowes. The entire stage was set up to look like one of the bars that the Robinson brothers may have cut their teeth in all those years ago. This tour was originally scheduled for 2020 in celebration of the 30th anniversary of their seminal debut, Shake Your Money Maker, and marks the first time brothers Chris and Rich Robinson have played together since disbanding the Black Crowes in 2015.

The first part of the set was the debut record in its entirety. The opening combination of “Twice As Hard” and “Jealous Again” reminded everyone what a powerhouse record this was when it came out in 1990. The Robinson brothers were at the top of their game as the show kicked in. Chris strutting around the stage like Jagger in his prime (even throwing “It’s Only Rock N’ Roll” into the encore) while Rich led a mostly new lineup of the Black Crowes that sounded perhaps even better than you remembered them. Bassist Sven Pipien was the lone holdover from previous lineups. He is the longest-serving bass player and, next to the Robinson brothers and former drummer Steve Gorman, one of the longest-tenured members in the band’s history. The newcomers, guitarist Isaiah Mitchell, keyboardist Joel Robinow, and drummer Brian Griffin, more than held their own and performed flawlessly with Mitchell stealing the show a few times with his guitar work.

The debut record was followed by a second set of Black Crowes classics, including a killer three-pack of “Kicking My Heart Around”, “My Morning Song”, and “By Your Side”. The crowd loved every note and it was obvious that Chris was having the time of his life. As good as his solo work was, he was meant to stand alongside his brother and front the Black Crowes. Rich seemed a little more serious throughout the night and there was little interaction between the brothers but it in no way affected the music or the performance.

While it was strange to see a Black Crowes show without original member Steve Gorman, to be perfectly honest, all that is needed to bring these songs to life are Chris and Rich Robinson. There is a dynamic between brothers that can’t be duplicated and the band has spent its career with an evolving lineup of top musicians that have left their mark. I have been fortunate enough to have seen a few incarnations of this band live, including the original Robinson/Robinson/Cease/Colt/Gorman lineup, and what we witnessed last night stands up to any of them. Each lineup of the Black Crowes evolved the band into something new, from Southern Rock & Soul band to jam band to descendants of Levon Helm. This lineup brings the band to what it should be, a kick-ass rock n’ roll band. As I said at the start, you will not find a better night of live rock n’ roll and I don’t know about you, but after the last 18 months, it was exactly what I needed.