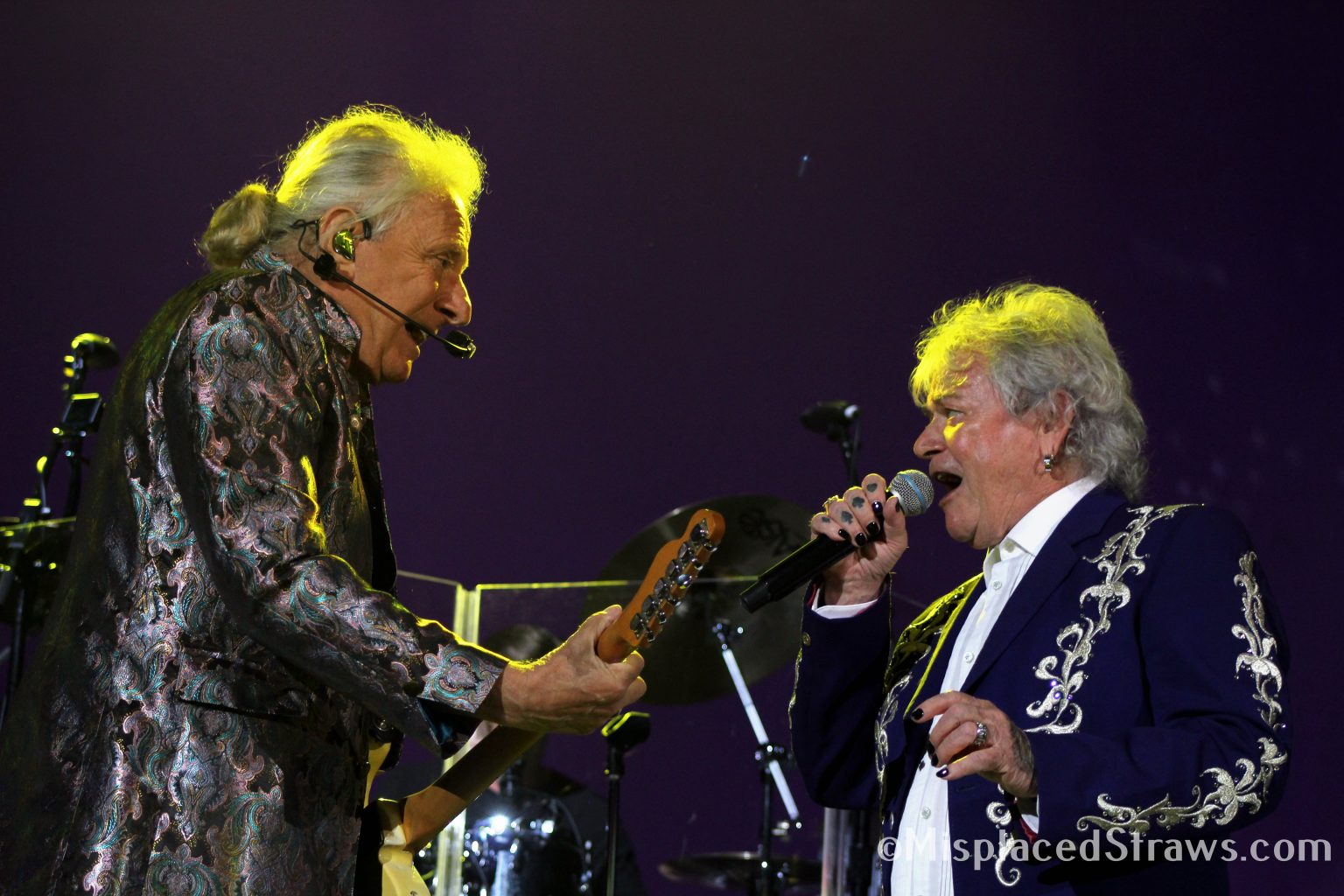 After 16 long months, live music is back. At times during the pandemic it felt like the world would never get back to normal, and if it did, what would that normal look like? On July 18, Graham Russell and Russell Hitchcock of Air Supply took the stage at Mohegan Sun Arena for the start of their summer tour and for 90 minutes made the packed house feel like 2020 never happened.

There are few bands in music that can boast the resume of Air Supply. After 45 years, the band has proven that it is not willing to just rest on that resume. Their live show takes the songs we have all sung along to for over 40 years and, with the help of a truly amazing backing band, reenergizes them to sound as if they were created through a burst of pent-up pandemic energy.

Opening the night with the 1981 hit “Sweet Dreams”, the band needed no to time to settle in and immediately sounded tight, as if they had taken no time off. It was during this opener that you were hit with the first revelation of the night – Russell Hitchcock’s voice is just as strong, if not stronger, than it was 40 years ago. His voice soared throughout the night showing that at 72 years old, he still sounds better than most singers half his age.

The second revelation of the night also began to unfold as Air Supply rolled through hits like “Even the Nights are Better” and “Just As I Am” – their band, led by guitarist and musical director Aaron McClain, is phenomenal. McClain is the perfect guitarist for the modern Air Supply. He led the band when Graham and Russell were up front but owned the spotlight when given the opportunity and space to bring guitar solos into the mix. Under McClain’s direction, this isn’t a band playing decades old FM standards, this is a vibrant, young band playing updated, modern rock songs that sound as if they could’ve been recorded any time in the past decade. This modernization of sound is really what defines the Air Supply live experience.

Russell and Hitchcock also deserve kudos for having faith enough in not only their own performance abilities but in their audience’s ability to appreciate the music. There is no stage production, no video, just amazing music led by two best friends that, even after all these years, still love what they do. If there was a downside to the bare staging it would be that often the two leads were in shadows or darkness while singing and playing. There could have been a little better lighting on Graham and Russell.

After 16 months, I could not think of a better return to live music than Air Supply. The arena was packed (with social distancing measures in place, seats left intentionally empty between each party), and everyone was singing and dancing in their seat, and eventually, in front of the stage. The band seemed to enjoy themselves as much as their audience did. For one night, thanks to Air Supply, music was back and everything felt normal.

Sweet Dreams
Even the Nights Are Better
Just as I Am
Every Woman in the World
Here I Am
Chances
Goodbye
I Adore You
Am I, poem by Graham Russell
Perfect Lover
Two Less Lonely People in the World
The One That You Love
Lost in Love
Making Love Out of Nothing at All
Without You
All Out of Love