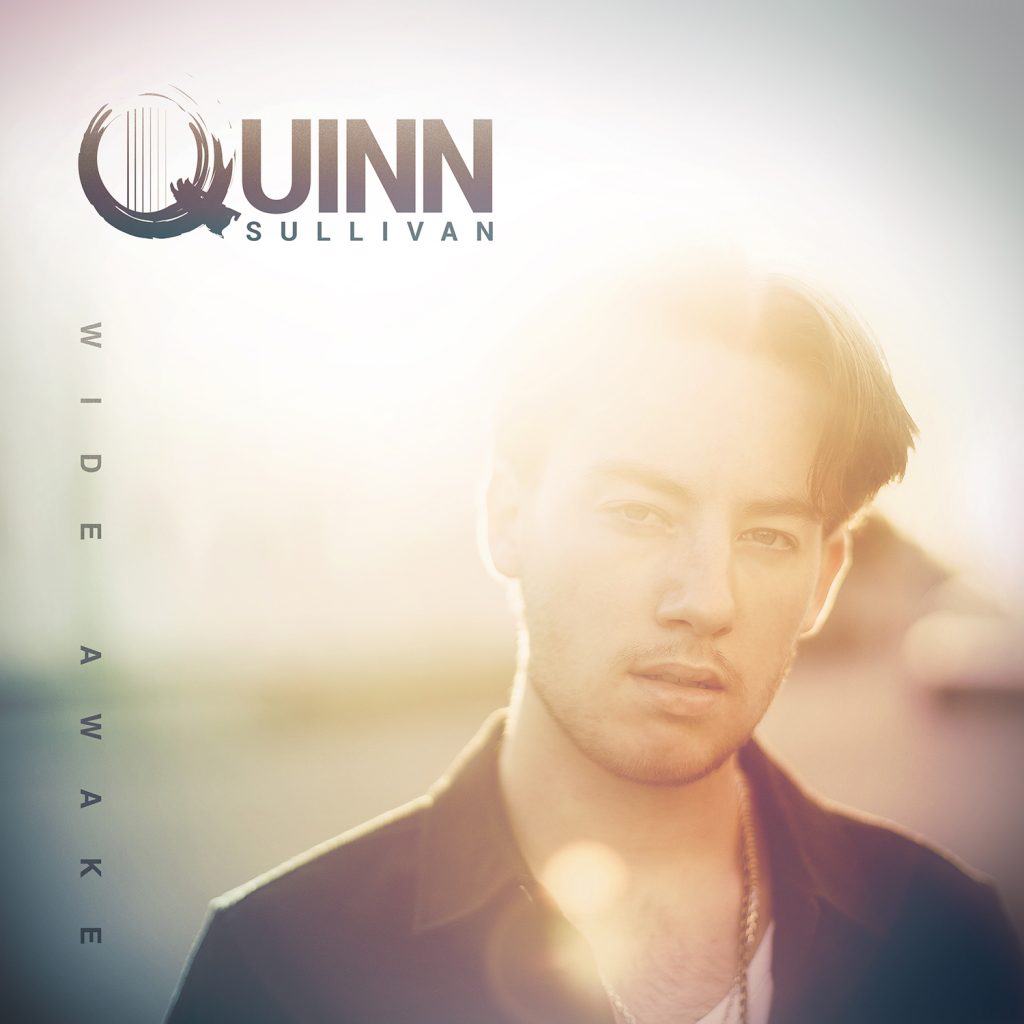 From the old folks sitting on their porch to the young guns with their guitars, the Blues has always been music that attracts young and old alike. Quinn Sullivan was 12 years old when his first record, Cyclone, was released.  Now, 10 years later, he is putting out his fourth record, Wide Awake.  Quinn recently took some time to talk about this record and his career so far.

Please press the PLAY icon for my conversation with Quinn Sullivan –

On taking some time off between records – Well, in some ways I found myself figuring out that it was kind of time for a new chapter in my career. Musically, personally, I was kind of just in a place where I wanted to change things up a little bit, so, I did take some time to just sit and reflect a little bit and kind of decide what I want to do next musically. So that was actually a really nice period of time, I’d say it was a good, probably, six months of that before we started to write the new album. It was definitely needed.

On his band for the record – We had a bunch of very, very cool studio guys on the tracks. We had Abe Laboriel, Jr. playing drums, Aaron Sterling playing drums. We had Paul Peterson playing bass on a few songs and this other guy named Dan Rothschild and Davey Faragher, Michael Landau. I’m probably missing some people but those were the standouts. I mean they were all incredible. I attribute a lot of that to the producer of the record, which is Oliver Lieber. Those guys are all very good friends and he definitely made those connections happen, so I’m super, super lucky to have Oliver’s support regarding that.

On his growth as a songwriter – I feel like the music that I grew up listening to, whether it was the Beatles or whether it was the Allman Brothers Band or any of those classic bands that I grew up listening to. They always seem to have the song be first, before the performance or the guitar playing or any of the other musical parts of it. I feel like the writing was always the focal point and that was important to me on this project to really develop the songwriting a bit more and Oliver helped me with that and the other writers that that wrote with me on this, they also help me with that. So I just considered it a big learning project. So yeah, I definitely felt myself growing a lot more as a songwriter.

On adding rock and pop elements to his blues background – I feel myself just growing more and more every day and I think that was just kind of a natural path that my music has taken. I didn’t really think about it too much. I try not to think about anything I’m doing too much. I try to let it happen organically and naturally because I feel like the best music gets created when all those things line up. I’m happy with the way things are turning out for me now. Musically, I’m proud of it.

On being old enough to appreciate having played with the blues masters – I think I was in a way. I am always was so grateful for the opportunities that I got. At the end of the day, I always go back to those influences. That’s the backbone of what I do and that will always be a big, big part of me. I think I’m understanding it more now as I get older. As I look at the older videos and pictures of that time in my life, I’m kind of like, “Damn, all of that happened!” It’s kind of crazy to think about. It’s been a whirlwind of great adventures so far.

On growing and evolving the blues – I think it’s just, it’s the heart and soul of all music. For me, it’s just the backbone all great music is the blues. So, my earlier influences were that style of music. I feel like that’s just the most honest music. It just connects most of the people. It’s been very exciting to grow with that and to develop my own sound.

On creating a modern-sounding blues record – I’m super, super proud that I was able able to do that. My goal is always been to get younger people into great music. Because I think a lot of younger people get trapped in what’s popular, what pop is right now, or the trend of the day. I’ve always just been a person that’s followed what I love and never did anything because it was trendy or because it was cool or anything like that. I think you make your best music when you follow your, it kind of sounds cliché, but when you follow your heart. To me, the best music that you can make is when you follow your heart. So that’s definitely been in the back of my mind as I continue with this.

On defining success – I define success, I think, a million different ways but the one way I would define it is just doing what you love to do, having that in the back of your head. Because like I said before you don’t want to be doing anything for the wrong reasons. Success is varies for different people. Some people want ten thousand Grammy Awards, some people just want to be able to make a living doing it. I think I live somewhere in between that, where I want to, obviously, achieve those goals and achieve success in that way, but also at the end of the day, I just want to be a touring musician that’s able to, you know, make a living for this for the rest of my life. You try not to get away from the original reason why you got into this business. The original reason is so you can be an artist and make music and write songs. Success is when you can make a living doing something, that you really love and are passionate about.