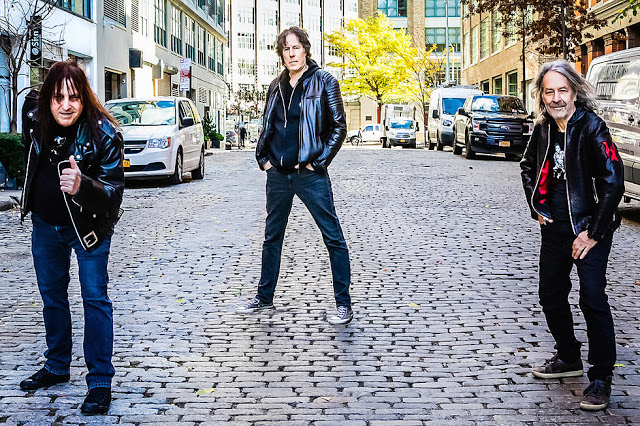 A Conversation With The Dictators Guitarist Ross The Boss

It’s been nearly 50 years since the punk explosion based at CBGB’s in New York City’s Bowery.  The band that kicked it all off was The Dictators.  While there have been many incarnations of the band over the years, it has been more than 20 years since founding members Ross The Boss, Andy Shernoff, and Scott Kempner have recorded together.  The original Dictators are back, joined by Blue Oyster Cult drummer Albert Bouchard and are releasing new music.

On Scott Kempner’s health and reuniting the band – Well, let’s just get the bad part over with Scott. Scott Kempner, “Top Ten”, my brother, my dearest brother, has been diagnosed with early-stage dementia and it’s the saddest thing for us. It’s a bittersweet time for us. I mean, what happened was, is that Andy and Scott had some business with me like a year ago. We had some contractual stuff and some royalty stuff to go over with. While talking to those guys, I’m saying, “Why don’t we play? Why don’t we just play? Let’s play. Now let’s get the band back together”. They all said, “Great idea”. The only way it would happen with it was some personnel changes. As you know, Mr. Manitoba is not in the fold anymore. It was coming and so we’ve moved on and then Scott just got progressively worse and he couldn’t perform. It was it’s really tough to watch such a great, great musician and a great guy and great rock historian. It was excruciating, excruciating for us. So instead of folding, we just decided that Scott wants us to go forward. And so now we have two videos and two songs out. :57

On the decision to record and release new music – We didn’t want to be considered an oldies act or anything like that. We wanted to be the band that could move forward. Since The Dictators have never, never quit, we’ve never disbanded, really, we’ve never officially stopped. So we wanted to move forward with some fresh music and that’s what we’ve done…What we’re going to do is continue to put out songs, we’re working on the third one. We recorded a whole bunch of stuff, so which is good. We’re working on another tune and we’re going to put that out soon and then another one. Then we’re going to go back into the studio and record some new stuff. According to Andy, I wrote an amazing new song. When he says it’s amazing, I got the proof here. When he says it’s amazing, it’s amazing. So we’re going to work on that one and a couple of other things, some other stuff that he’s written. Albert is chiming in with some new stuff, too. So the addition of Albert Bouchard is an incredible boost to the three of us. He’s great. He’s so talented and an amazing cowbell player as well. If there is anyone that could play that cowbell, Albert, and people just stop them on the streets and say, “Hey, you’re the best cowbell player I’ve ever seen”. 3:10