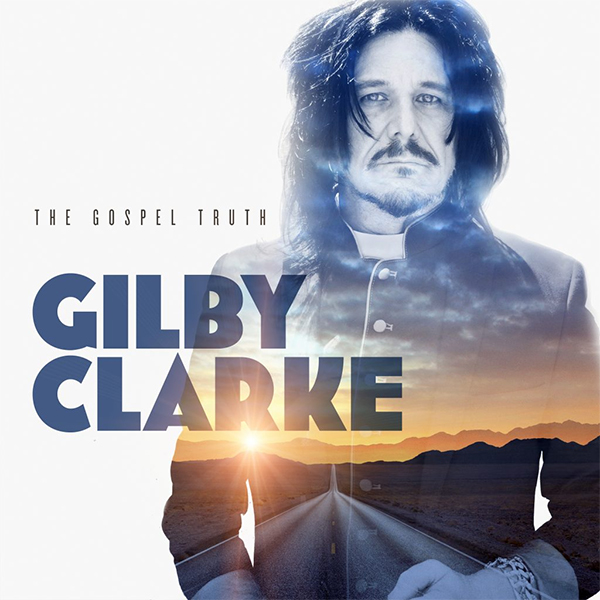 A Conversation With Guitarist Gilby Clarke

Gilby Clarke first hit the LA scene as the leader of bands like Candy and Kill For Thrills before getting his big break to replace Izzy Stradlin in Guns N’ Roses just prior to the Use Your Illusions tour.  Since leaving Guns, Clarke has played with bands like Heart, MC5, Nancy Sinatra, and Rockstar: Supernova.  He has also enjoyed a successful solo career and just released his latest solo record The Gospel Truth.  Gilby took some time to talk about the new record and his entire career.

On why he had a 19-year gap between solo records – That’s a good question. There’s a couple answers to this question. One of them is, first of all, I never really set out to be a solo artist. It was just kind of something I did. For the first record,  I was in Guns N Roses. I had downtime. The second record was I wasn’t in Guns N Roses, just finished five years of solid touring, and I just wanted to stay home and make a record. So it just kind of evolved over the years. When I put out Swag, it was a busy time, actually. (I)  did the Swag record in the Col. Parker record same time, which was out on V2. To be honest, I mean, that was a lot. I produced both records and really wrote the majority of the songs on both records. It was a lot of work. After that, I just kind of went back and forth touring with Heart, Nancy Sinatra, MC5, RockStar: Supernova and all those weren’t really, with the exception of RockStar: Supernova weren’t really making records. I was just touring, touring, touring, producing, producing, producing. So the time just kind of went by and I started doing some solo dates again and I kind of got into this feeling of, “What do I need to make a record for?” I have my live dates, I’m getting booked out as much as I want. I’m getting booked. People are showing up. Making a record is hard. It’s a process, especially a solo record. So I like to refer to it now that I’m reflecting as my “Bad Attitude Period”.  But then I went to Motley Crue’s last concert at Staples Center and I ran into a friend of mine and we were having this conversation and he just kind of looked at me like I was full of shit and it kind of took me back. He goes, “Well, do you consider yourself an artist?”  And I said, “Yes, I do”. He goes, “Well, what are you creating?” I started going, “I’m doing that and I’m doing this”. He goes, “Well, whether you think or not, you have people that respect you and your career and like your records. Whether you feel that you deserve them or not, it really isn’t the point. It’s a process. It’s a creative process of writing and recording and that’s who you are”.  I thought long and hard about that.  I admitted that I was wrong. One of my favorite bands is Cheap Trick. Look how prolific they’ve been. That record is fantastic. Records in between, Rockford, fantastic record. So it really made me reevaluate things. Once I started the process of writing, recording, getting the guys over, one thing about being a solo artist is I can use different people and that’s inspiring. I remember I like the process. I like writing it. Don’t get me wrong, it’s hard. It’s hard work. It’s challenging.  I’ve made a few solo records. I didn’t want to be redundant. I didn’t want to be repetitive in my lyrics. I didn’t want to be cliche. I worked hard that you didn’t know what the next chord change was going to be or you didn’t know what the next rhyme was going to be. I put work into that. I worked with so many acts over the years where I know every chord change before it’s going to happen. I know every rhyme. I didn’t want to be that. I wanted it to be good. So, therefore, that process started this. This is the end result of that long explanation. :57

On the origin of the songs on The Gospel Truth – I think, like with most guitar players, we have our riff library.  Mine’s on my phone. I often am sitting watching the Laker game, and I have a guitar on, there’s a lot of commercials, or sometimes I go through a period where I have an acoustic guitar and I’m watching a Laker game. I’m playing guitar and I start compiling ideas and stuff. So these were all new songs. Nothing was leftover. I think there might have been one riff that my wife and daughter laughed about, “We’ve been hearing that riff for a long time”. But finally when interpretation became something. But yeah, for the most part, it’s pretty much all brand new stuff. Even though I did go in with (the thought), “I need to make a new record”, I go song by song. My rule is simple,  the song wins. Whatever the song calls for, I’m pretty good at being objective. Like the second song on the record is called “Wayfarer”. Believe me, that was a completely different song until Teddy (“Zig Zag” Andreadis) put that Hammond organ part on, and I just went, “I got to get out of the way”. I took my guitar parts off because I thought that really move this song along. Like I said, the song won. 4:33