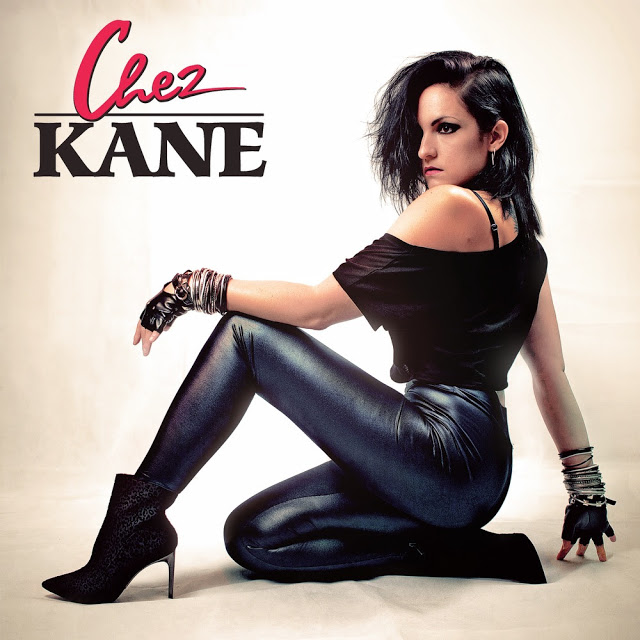 Once in a while, a record comes out that makes you stop in your tracks and listen again.  The self-titled debut from Chez Kane is one of those records.  Helmed by Danny Rexon of the band Crazy Lixx, the record showcases Chez’s amazing voice taking on Rexon’s infectious, ’80s-steeped songs.

While this may be her solo debut, Chez Kane isn’t totally new to the rock scene.  Along with her sisters, Chez fronted the band Kane’d who had a 2015 release called Rise.  Kane’d had more of a modern rock sound, so when it came time for a solo record, Chez admits, “I didn’t know what direction I wanted to take my solo stuff”.   She was doing a lot of her own writing which featured more “emotional, harder rock” than what eventually became her debut solo effort.  It was around that time she was contacted by Crazy Lixx frontman Danny Rexon, who had an idea.

Rexon knew of Kane’s love of ’80s rock and wrote a collection of songs that created the perfect marriage of her powerful voice with his memorable hooks.  When asked about writing this record, Kane says it was all Rexon’s work, although he encouraged her to make any changes she felt it needed.  According to Kane, the songs stayed as is because they were “absolute pure gold” and that Rexon had “written perfectly to suit me”.
“Too Late For Love”
There’s no denying the influence behind these infectious songs.  From the opening keyboard intro of “Better than Love”, which brings to mind the intro to Bon Jovi’s “Runaway”, to the Danger Danger feel of “Rocket on the Radio” these songs all have a familiarity that immediately grabs your attention but yet are a blast of originality we haven’t heard in rock music for years.  Kane explains that Rexon felt the strong female rock singer of today has been missing and her love of singers like Pat Benetar, Robin Beck, and Lee Aaron led to these songs.  One of the many reasons this record works is that Kane and Rexon had a clear vision and were on the same page.  Says Kane, “Danny and I had the same vision since Day 1.  When he presented it to me I felt this was right up my street”.  This shared vision keeps Chez Kane from committing the cardinal sin of other ’80s sounding records – avoiding the cheese factor.  The songs have a fresh production style that takes the gang choruses, keyboards, and guitars of the mid-’80s and updates it for 2021.
“Better Than Love”
Although the final product is a total success, the process wasn’t always easy.  Kane says that work on the album kicked off in late 2019, just as the pandemic was starting.  She guesses that the shutdown added about six months to the time it took to complete the record.  She recorded her vocals at home in Wales while Rexon put the rest of the record together in Sweden.
“Rocket on the Radio”
When asked about what’s next for her, Kane says that she recently held auditions to put a live band together.  She wanted musicians that were excited to play this kind of music and, currently, has 2 gigs booked for late fall.  Kane admits the success and accolades for the record have been “pretty mindblowing” and she didn’t know how people would react to it. She does say that this is hopefully only the beginning and that she’s looking forward to another Rexon/Kane record.  If the chemistry on the one is any indication, we are all looking forward to what these two come up with next!