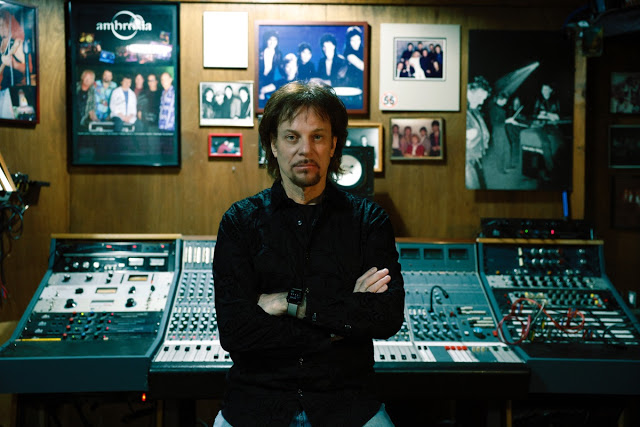 A Conversation With Robert Berry of 3.2

In the mid-to-late-80s, Emerson, Lake & Palmer were on a hiatus and the “prog-pop” of Asia, GTR, and Rabin-era Yes were on the airwaves. Keith Emerson and Carl Palmer teamed up with an immensely talented musician named Robert Berry to form the band 3.  The lineup only lasted one record and tour, but 30 years later Berry returned with 3.2 as a tribute to the late Emerson.  He is about to release the third, and final, record in the trilogy, called Third Impression and is making a return to the site to talk about it.  This is a really in-depth interview, there are some highlights below but please watch the video as Robert gets deep into his passion for this band and its music.

On the breakup of the original 3 and formation of 3.2- In 1988, of course, we had a top 10 song (“Talkin’ Bout”) and we toured and it was all fantastic, but there were really two guys that sent Keith letters. One of them said, “You’re ruining your legacy by having scantily clad girls in the background singing.” First of all, they weren’t scantily clad. They had nice outfits on, but they were skimpy, but not too bad, really…Keith took it to heart and he didn’t do well with criticism like that. In those days, there was no Internet and stuff. If there was the Internet, someone said, “That stinks”, that right away ten people go, “Oh, that’s great, what are you talking about? You’re an idiot.” They answer it. And, you know, it’s awful. But then again, it happens. So you can get a balance…So Keith got a couple of bad letters. Got him off the project, he wanted to break it up. Twenty-seven years. Twenty-six years later, they put out Live 3 in Boston and we all got our copies. I was so thrilled coming out, but Keith sort of signed off,  yeah it was money in the bank. Well, it came out and we all got our copies. He called me the second he got it goes,  “I just had a glass of wine listening and we were so good. What a great we were, really a good band.” He’s so excited. So we’ve talked about this before. I take the opportunity then, “Let’s do another album”. We agree. Get the contract. Frontier’s good money. Keith’s so excited about it. We’re working together and I had my piano in front of my console, he had his piano in his living room. We do a lot of writing on the phone at night, like this when he was alone. Usually, we’ll listen to music, a glass of wine. Then we lost him, and for a year I couldn’t do anything, I just thought, The greatest time of my life, now we’re going to revisit it and it’s gone.” His son, Aaron, and other people have encouraged me to finish it up, so I finished up. So I’ll finish it and then I’ll think about if it should be released, When it was done, the record company and Aaron Emerson and a few other people said, “This is really a tremendous effort, it has to come out.” The day before, I’m really worried and it’s coming out and I’m thinking, “Oh, God, what are people going to think?”  Because it was important to me that I honored Keith’s memory, not detract from it like he thought the first 3 album did. 1:43

On recreating Keith’s parts for 3.2 –The Emerson Estate board made me take his playing off (the 3.2 record The Rules Have Changed), but I recreated every sound, every nuance painstakingly to make it. It’s like a Xerox copy. OK, here’s there’s Keith put the paper in and copy. You can’t tell the difference. And I had a writer come down and listen to both. He’s the only guy who has ever heard the Emerson tracks and then my tracks. And he said, “I can’t believe it”. So I didn’t make up the part. Keith made up the part. His style and how he played, that’s the genius. 5.24

“A Fond Farewell”
On creating Third Impression with only one Emerson track left – (Frontiers Records) wanted me to do another album when I said, “I only have one song leftover and I didn’t use it on the last album.” It was just too big a piece of music. Plus, it wasn’t finished enough for me to realize how great it could be. I had all Keith’s stuff, but I hadn’t filled in all my blank parts. And they said, “Really, The Rules Have Changed did so well, you have to do a follow-up. You really need to”, (I said,) “I’ll tell you what. All right, if I can write six or seven songs that I think Keith would be proud of, and that represents what I think needs to be to fulfill our vision and also for me, I need to move a little bit toward what I might do next, which is more the perfect blend of guitar and keyboard.” So that’s where I’m at as an individual when I work with Keith, it’s all about keyboards, and if I can do that, then I’ll finish up “Never” after I get the other seven songs or whatever.  Otherwise, I can’t do it. I don’t want to embarrass Keith’s legacy, I don’t want to ruin the legacy of The Rules Have Changed. I don’t want the audience to say, “Well, this is crap. You did good on that one, but Keith was with you.” Well, I got to the point where I wrote these songs. I felt that Keith was still with me because my life has been inspired by his family and living there and all the stuff that happened on the tour and working for twenty-seven years between albums on other projects with him too. So I went in to finish up “Never” and all suddenly went, “Whoa, this could be as big of a piece, as good of a piece as “Desde la Vida” was on the first album.  Again, I’m looking at and it does move to the more guitar and keyboard mix that I think would be in my future because this is it for 3. That’s the bittersweet part. I have nothing else that I wrote with Keith. And the only reason to do 3 is because there’s more than just me doing it. That piece, “Never”, holds up. It’s half of the album, even though there’s, what, 10 or 11 songs, it’s half, it’s big. Played it for my manager, new manager, Nick, who is an English guy. He just said this album is tremendous. The record company said, “We have to release this. You did exactly what we want you to do. People are going to love this album”. I’m a mess. I’m thinking I’m dead. But it’s not the weight that I’m carrying. It’s the weight of not wanting to ruin where I’ve been and who I’ve been working with. 7:52
“A Bond Of Union”
On the track “A Bond of Union” – I was worried about that song. I lost my mom a couple of years ago and I wrote that for her. I didn’t get to sing it played or anything. And no matter what I said, “I’m going to put that on here because I always wanted to be my dad, but my mom is who made me who I was.” My adolescence. You practice. So I wanted to sing, (she) got singing teacher, in everything, she was right behind me. They never told me what to do. But if I had an interest, if I wanted to light fires, they would have bought me a fire starting kit. They were just behind me, but not influencing me and dragging me. That was mainly my mom. My dad had a music store and a band and loved property and cars and stuff, all the things that I like. I wanted to be him, but my mom made me. So I owed her that in the most loving of ways. And I’ve been getting a great response. I’m really surprised…A hope of mine, that when people see the title, they think, “Oh, he’s talking about his relationship with Keith.” And it was for my mom, that’s great, that’s important to me. Of course, what people see into a song like the song “Never”,  there’s never going to be another 3 album, but that’s not what that song’s about but that’s one of the meanings of it. 12:10 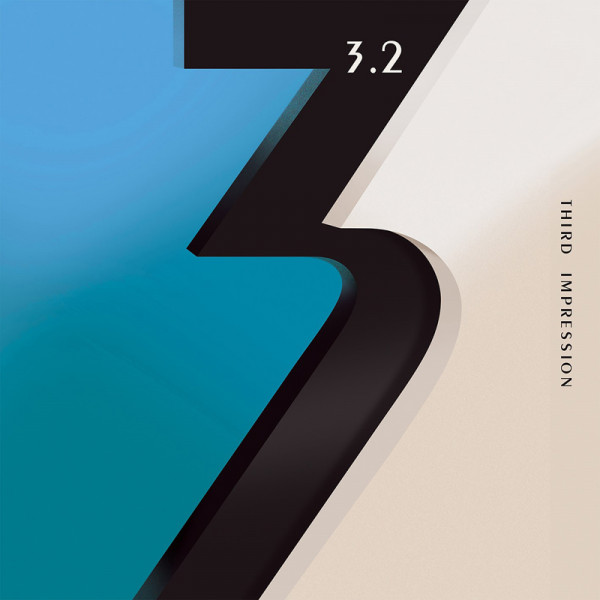 On the personal nature of the lyrics – I don’t know where lyrics come from, from me, they just kind of pour out and I’m what I call a flow writer. I do most of the lyrics on my phone and my message thing, On The Rules Have Changed, I had songs started lyrically, but we are working on the music and getting them all together. I think as I go along, I’d write the lyrics. After losing Keith, boy, those lyrics change and they just poured out of me. (It was) very personal how that affected me about Keith. This one, when I started, I didn’t think I’d have that. That’s why I think The Rules Have Changed did so well. People could tell that I was wounded. And I don’t even know where those lyrics are coming from. I just sit back and I go, “God, that’s definitely the way I feel.”  I write and I get something going and it just goes, it comes out.  Sometimes I can’t keep up with fixing my mistakes and the ideas flowing out. 14:43

“A Powerful Man”
On playing all of the instruments himself – I did and I had to do that on The Rules Have Changed too, because they made me replace Keith’s parts, which I’m still mad about. I had to do that on “Never” (from Third Impression) and I’m still mad about it. I don’t mind doing I love the tedious, tough job it is to figure out the voicings and the tones. I have a Moog,  I have everything,  the Oasis is here, he played an Oasis keyboard and all these different synthesizers I got when we were playing together for him. I don’t mind doing it because I like a challenge, but it makes me mad that made me do it because there’s no reason. Remember, this isn’t his family, this is the Estate Board that collects the money. They want him remembered as a writer, not as a player. And I shook my head. I tried my best to get them to give that up because he was the Jimi Hendrix of the keyboard.  He was such a player. Above anything, he’ll be remembered stabbing the keyboard knives in and putting organ on them because nobody else has ever done that ever. He’s the guy….And if I bring somebody else in unless it’s Carl who doesn’t want to do because he’s got the ELP Legacy, he’s so busy and that wouldn’t fit the Keith & my plan for 3.2 with having the stronger beat to it, I need to do it myself because I don’t want to bring Simon Phillips in to change things. I don’t want to bring Jordan Rudess in and change things. I just want to put the final stamp on the legacy. This was the sound, this was the style, this was what we agreed it should be and what we naturally made it. 19:08 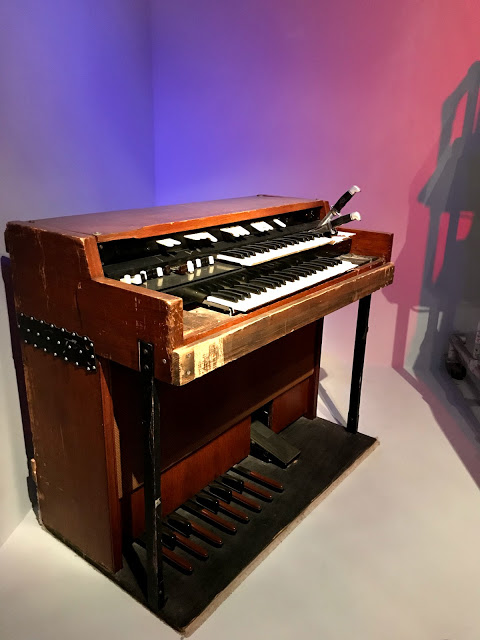