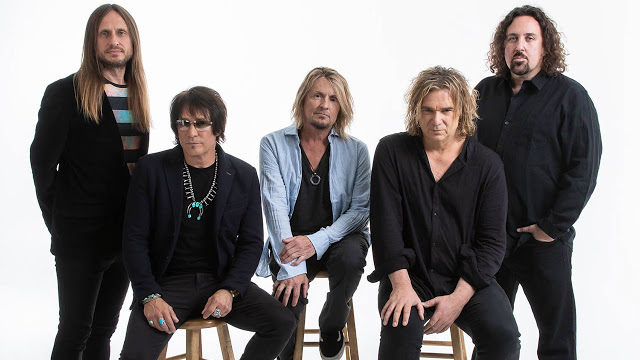 A Conversation With Arc of Life/Yes Bassist Billy Sherwood

By Jeff GaudiosiFebruary 12, 2021Updated:May 29, 2021No Comments9 Mins Read
Share
Facebook Twitter LinkedIn Pinterest Email
Follow MisplacedStraws – Facebook | Twitter | Insta
Few bands have existed as living, breathing entities the way Yes has.  Over the decades its members have branched out into countless projects across the progressive music landscape.  The latest of these projects is Arc of Life.  The band features “new generation” Yes members Billy Sherwood, Jon Davison, and Jay Schellen alongside Dave Kerzner and Jimmy Haun.  Their self-titled debut is out on February 12 and bassist/vocalist Billy Sherwood recently took some time to talk about the band and the future of Yes.
Please press the PLAY icon below for the MisplacedStraws.com Conversation with Billy Sherwood –

On how the band came together – Well, it started from songwriting, which is kind of how all the bands I’ve been involved with have started. And so if you go into a time machine and go back to 2017 in the back of the Yes bus, Jon and I shared a bus on the tour. I had my studio set up with instruments everywhere and production-ready to go capability. And so we started writing songs for fun. After we written a few of them, several songs started kind of realizing that it was taking a shape unto itself and was going to a kind of a higher level. So we started talking about putting a band together and got a little more serious about things and called Jay and asked Jimmy if he wanted to jump in. Then, of course, Dave Kerzner, and there you have it. Now we have Arc of Life. The whole record took from about 2017-19 to make. Then we just finally have reached a point where we’re getting that out here and we’re really excited about it. 1:19